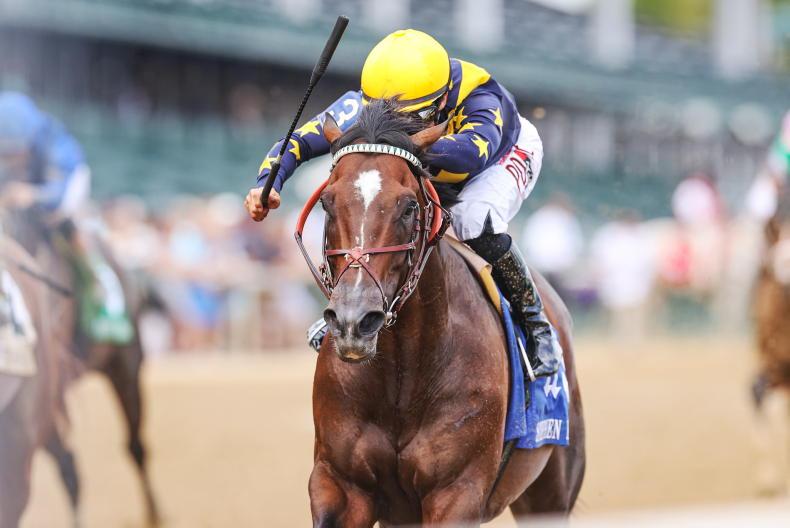 THE Jockey Club Gold Cup, now run at Saratoga, had to take backstage on Saturday to events on the west coast. It still produced a dominant winner as the Bill Mott-trained Olympiad got back on the winning track after losing his five-race winning streak with a poor run behind Life Is Good in the Whitney last time.

The Speightstown four-year-old came home two lengths clear of Americanrevolution, with First Captain back in third.

What happened to Olympiad in the Whitney Stakes remains unexplained though it was an extremely hot and humid day, which trainer Bill Mott can only suggest had an effect on his horse.

“It was good to see him come back. The other day was almost too bad to be true, considering the form he had been in during his previous five races,” Mott said.

The Breeders’ Cup Classic is the final destination for the colt.

“The Breeders’ Cup kind of dictates everything,” he added. “There are some good horses in the division, and I’m glad that we’re up there with them.”

“He answered the mile-and-a-quarter question today,” Everett Dobson of Cheyenne Stable said afterwards. “We love that the Breeders’ Cup is in Kentucky at Keeneland and we are very excited about going.”

Olympiad was winning for the eighth time in 11 starts on Saturday, claiming his first Grade 1 win.

He broke sharply and chased front-running outsider Tax from second on the back straight through slow quarters of 24.54 and 49.70secs. As Tax faded on the turn, Junior Alvarado moved Olympiad to the front.

Second favourite Americanrevolution, who beat Olympiad last year in the Cigar Mile Handicap, took up the chase but was unable to cut his lead as the four-year-old maintained the gallop to win in 2m 2.11secs for the mile-and-a-quarter test.

The other feature at Saratoga on Saturday, the Grade 2 Flower Bowl Stakes went to Chad Brown. That should have been no surprise in a fillies’ turf race, but the German-bred Virginia Joy was a lucky winner.

The Joel Rosario-ridden favourite War Like Goddess got a less than inspired ride and when she got racing in the straight, it was far too late to overhaul the five-year-old Soldier Hollow mare who had been allowed an easy lead and sprinted off it to complete the mile and three furlongs in 2m 19.51sec, winning by a neck.

There were two Grade 1 juvenile contests over the final weekend of Saratoga: the Spinaway and the Hopeful Stakes. Both saw defeats for the favourites.

Close up throughout, the Outwork filly was ridden a furlong and a half out, driven to lead entering final furlong and stayed on under hands and heels to win by a length and a half in a time of 1m 24.03secs. She had won her maiden here in July.

The rains came for the final day on Monday and the Grade 1 Hopeful was run in the slop. Steve Asmussen’s Gulfport was a well-backed favourite but he ran wide off the bend and had no answer to Forte, who stayed closer to the rail and came home three lengths clear for Irad Ortiz and Todd Pletcher.

The Violence colt races in the Repole colours for Repole Stable & St Elias Stable and completed the seven furlongs in 1m 22.58secs.

The final attendance figure of 1,075,586 was the seventh straight year the total has topped one million (excluding the 2020 meeting). 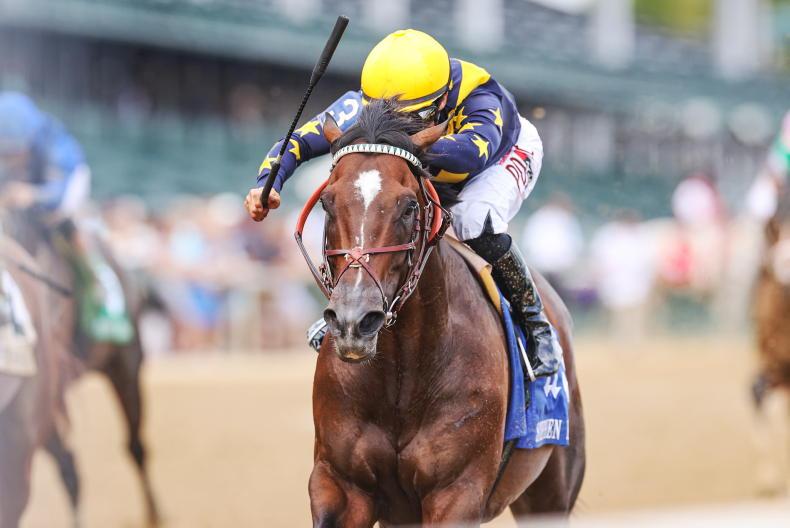 Anne Marie Duff
AMERICAN PREVIEW: Will Olympiad be too Good this time?
The Grade 1 Whitney Stakes and the Ballydoyle interest in the Saratoga Derby are the highlights in the US tonight 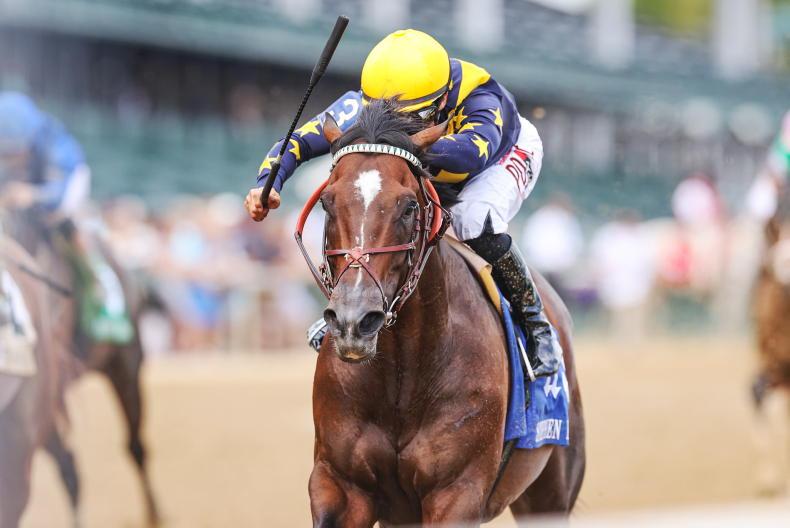 Anne Marie Duff
AMERICA: Live Is Good ...but so is Olympiad
A possible Saratoga match-up between the big two weekend winners in the Whitney Stakes will be a highlight of the summer 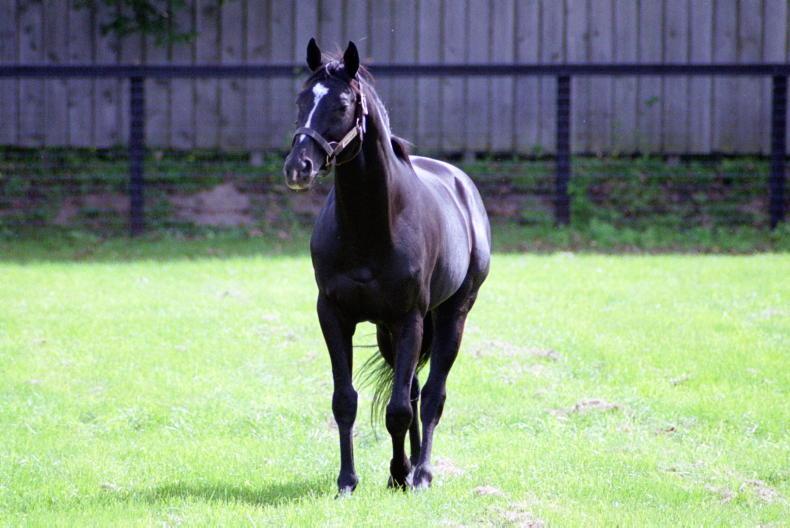 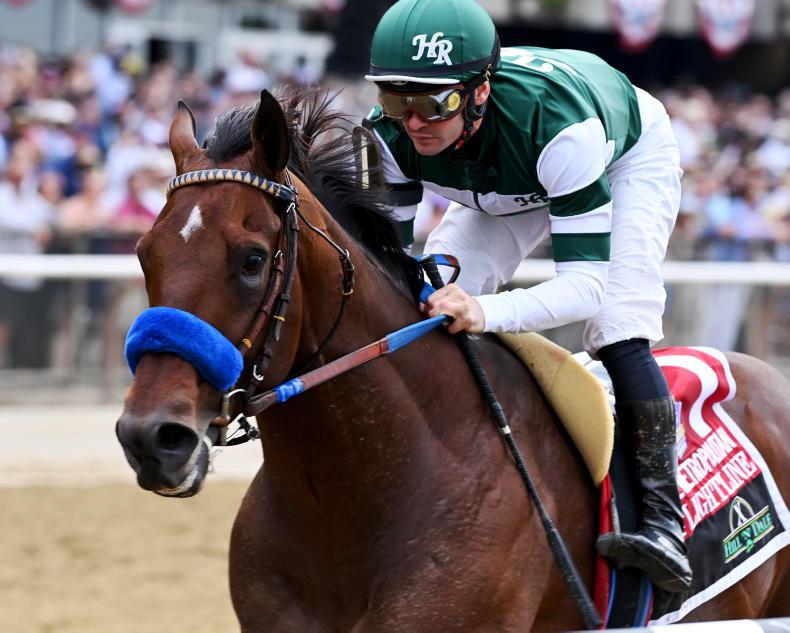