Amateur event riders Leanne Foster, Rolline O'Callaghan and Noelle Reidy have all ridden one winner each at EI 110 level since the start of the season 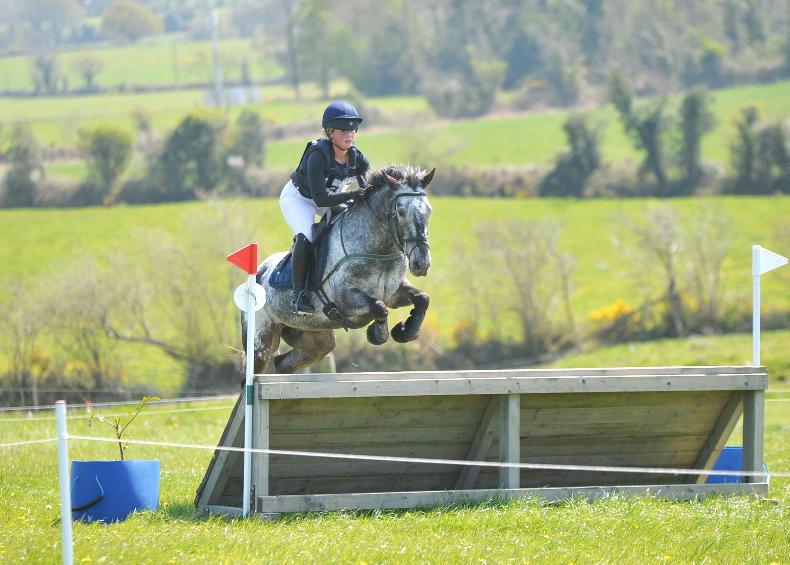 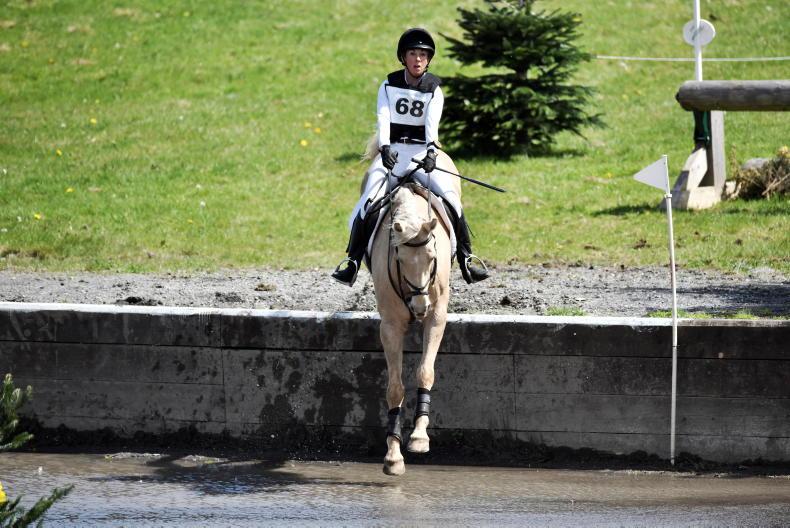 THREE southern-based amateurs have ridden an EI110 winner apiece since the start of the season with the first being Leanne Foster whose victory, on her debut at this level, came at Frankfort Stud (1) on Sunday, April 24th.

Leanne, who grooms full-time for one of the season’s busiest and most successful professionals Ian Cassells, rides the nine-year-old black gelding Bluelake Scooter and her win last month came on her fourth start of the season. They were placed in their three EI100 outings, which were all at Tyrella, while their only other career victory was in an EI100 at Lisgarvan House in July 2020.

“I’ve had Bluelake Scooter since he was three and broke him in and got him going myself. He has no recorded breeding but does have an FEI life cert showing he measures in at 148cms,” revealed Foster. “He has competed at Medium level with Dressage Ireland. I plan on doing a few more Novices with him and then maybe aim him at the two-star short at Kilguilkey.”

Co Kildare’s Rolline O’Callaghan has the more immediate target of next week’s CCI2*-S at Millstreet for Splendid B on whom she won the four-runner EI110 at Punchestown earlier this month.

The mother of three has had a mixed start to the campaign with her 12-year-old Irish Sport Horse gelding. She and the Etter Sportpferde-bred palomino, a son of Smooth Operator, commenced the season in late March with a second-place finish at Lightsource BP Tyrella (1) behind Denis Currie and Arodstown Aramis.

The following month, when taking on unrestricted company, they were disappointingly eliminated in the show jumping phase at Lisgarvan House and so dropped down to EI100 (Amateur) level when competing at Frankfort Stud (1). There, their excellent winning dressage score of 19.5 penalties helped them see off the challenge of seven rivals and they were ready to step up again at Punchestown.

“Yes, the plan is to go to Millstreet next week,” confirmed Rolline. “I have been busy doing some last minute training alongside my great friend (and rival!) Zoe Kavanagh with Jane O’Flynn and had a lesson with John Ledingham last week in Abbotstown which was great.

“As soon as the event is over next Sunday, the plan is for Splendid B to go out for a bit of a break while David and I, and the three kids (William, Eva and Walter), are heading over to France for a week’s holiday. Once we’re back, it will be all systems go as the first of the yearlings here at Yeomanstown (Stud, sponsor of the EI110 (J) league) come in for prep – we’ve 80 or so this season so it’ll be busy busy!

“The long term plan, if all goes well, is to go across the pond to Osberton trials at the end of September – fingers crossed!” Noelle Reidy only made her seasonal debut last Sunday at Ballindenisk where she won the three-runner EI110 with Ballinhassig who is named after the town where she lives, less than 10km from Ballincollig where she works with Irish Guide Dogs.

Before Noelle took over the ride on the now 12-year-old black gelding in June 2016 he was hunted by her husband Adrian Hickey who used to ride and train point-to-point horses. Adrian obviously had the horse well-schooled for cross-country as he has rarely been penalised in jumping on this phase. The majority of eliminations which blot his CV were as the result of sat-nav issues!

“We were meant to start at Hillcrest but had to wait the week when that was cancelled,” explained Noelle. “I’m not making too many plans other than to get as many runs in as we can and definitely do the Nationals. I may aim him at a home international or two but we’ll just wait and see how things develop.”

Noelle rode a second horse on Sunday, the Irish Draught Kenley Diamond, who was third in the also poorly-supported EI90 (Amateur). “He’s owned by a friend of mine, Fiona Coughlan, who is out injured so she’ll take the ride back when she’s ready. I do have one other horse to event myself, Chillin In Miami, who will be out soon if not sold.”

An eight-year-old gelding by Chillout, Chillin In Miami is very closely related to Say No More who won the four-year-old hunter class at the recent Royal Windsor Horse Show for owner Jill Day and rider Robert Walker. Also by Chillout and winner of the youngstock championship at Balmoral last September, Say No More is a half-brother of Chillin In Miami’s dam, Leedaun Annie (by Loughehoe Guy).

In addition to the event horses, Noelle has the responsibility of looking after two ponies for her six-year-old son, Leighton.