At a fixture dominated by frontrunners, Knicks Go comfortably made all the running to win the $6 million Breeders' Cup Classic 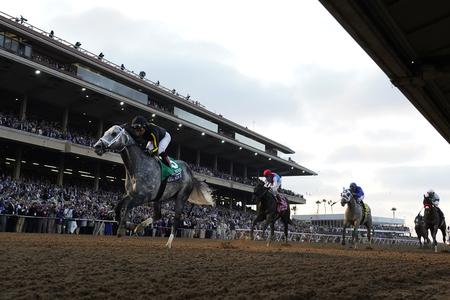 Knicks Go made every yard of the running to win the $6 million Breeders’ Cup Classic for trainer Brad Cox and jockey Joel Rosario on Saturday evening.

Cox saddled two leading contenders in the eventual winner and Essential Quality, with the latter being sent off favourite but he always looked further back than ideal and ended up finishing a creditable third.

Cox had repeatedly stated he could not split his two runners and there was not much between them ultimately, however, Knicks Go’s ability to control the tempo proved crucial.

Rosario was left to his own devices and for a horse with slight stamina doubts, he was able to just set steady fractions.

Hot Rod Charlie briefly looked a threat turning into the straight but he could never quite get on terms, while Medina Spirit and Essential Quality just stayed on for minor honours.

Knicks Go had finished only fourth behind Mishriff in the Saudi Cup in February, but that was a rare reverse since the five-year-old joined Cox at the beginning of last year.

Cox said: “I didn’t know what the tactics from the others would be, but what I do know is that speed is dangerous.

“The way he was doing it, he was able to clear off a touch down the back, and the way the others were bunched told me he wasn’t doing too much.

“He ran an incredible race at Prairie Meadows and it set us up for the Whitney. It was a best laid plan and it’s paid off.

“He’s built for American racing in the dirt and I’m hopeful he can pass that on because he has everything it takes to be a stallion. Tough and durable and extremely sound. I’m very proud of what he’s accomplished this year.

“Training horses is demanding – its like being a football coach, you need your horses to perform and it’s always back to work. But I have two boys that are involved and may train one day. We’re trying to set something up for them.

“We will enjoy this but it will definitely be back to work in the morning.”

Rosario said: “He was very quick, he broke very sharp and Brad told me to let him do his thing – he was very comfortable and enjoying it.

“I felt confident and when they went for me, I know how fast he is. Round the turn he just took off again.”

Medina Spirit was first past the post in the Kentucky Derby in May but subsequently tested positive for a banned substance, with an investigation still ongoing.

His jockey John Velazquez is in no doubt his mount ended the season as the best of his generation though.

“He proved without any doubt he’s the best three-year-old in America. There’s no doubt about it,” said Velazquez. 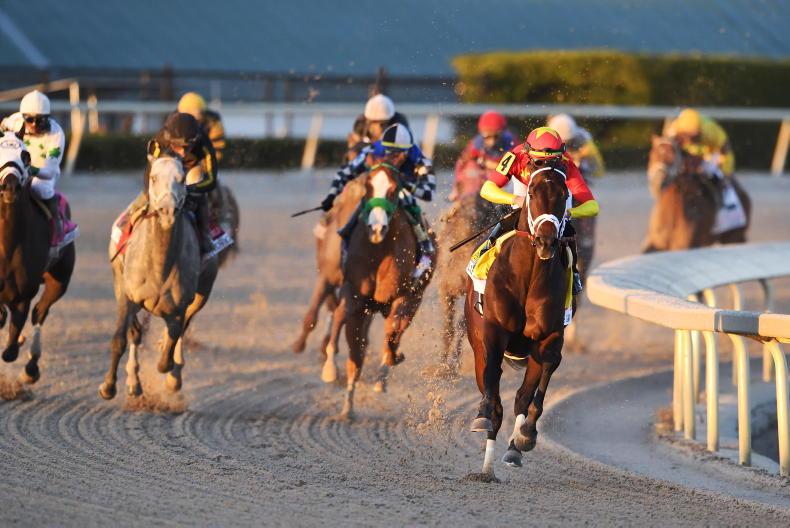 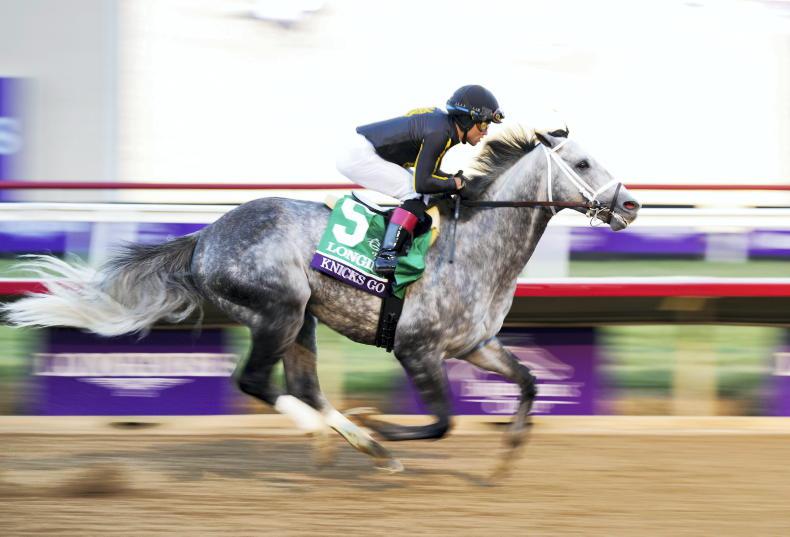 Anne Marie Duff
AMERICAN PREVIEW: Knicks can Go off in style
Two of the best and fastest horses in the US go head to head at Gulfstream