Title: A Case Of You back in action at Dundalk 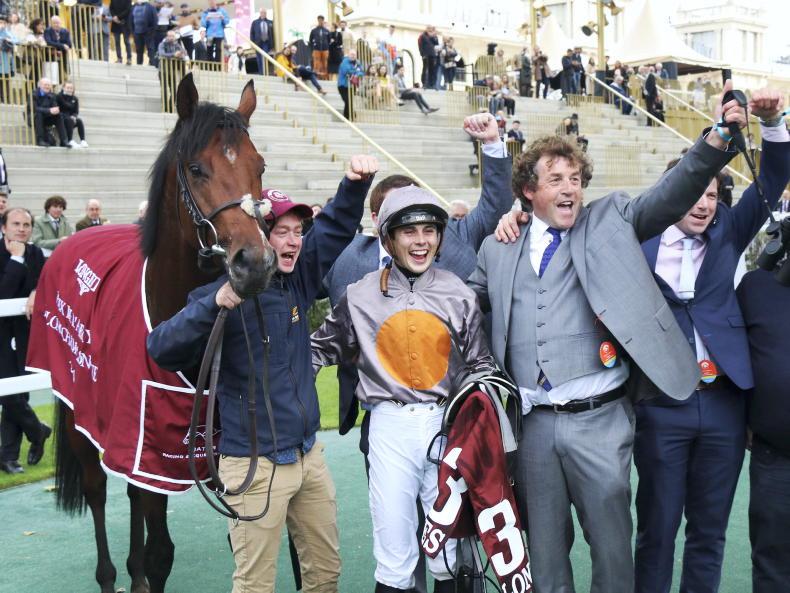 Ado McGuinness’ top sprinter A Case Of You is set to return to action at Dundalk on Friday ahead of a trip to Dubai for the Super Saturday fixture.

The colt provided the trainer with a first Group 1 victory last season, taking the Prix de l’Abbaye at Longchamp in October after placing in both the Flying Five and the Phoenix Sprint Stakes at the Curragh.

The Breeders’ Cup at Del Mar was the next target for the bay, where he contested the Grade 1 Turf Sprint and finished fifth behind Golden Pal.

Another overseas assignment beckons now as McGuiness has the four-year-old pencilled in for Dubai’s Super Saturday meeting on March 5th, with a run in Friday's racce intended to tune him up ahead of the journey to the Middle East.

“We are heading to Dubai for Super Saturday,” said McGuinness. “He did fine coming back from America, we just decided we’d give him a run before we head out.

“He’s in great form, he will improve for the run and we’re very happy with his work.

“We’re going to get paid for giving him a bit of work anyway, he’s in great form and we’re hoping it’ll just have him spot on for Super Saturday.”

A Case Of You took flights to France and America in his stride last season and McGuinness has no concerns in that regard ahead of the journey to Meydan.

“Travelling doesn’t faze him or take anything out of him, for a three-year-old last year he travelled plenty and it didn’t take a whole pile out of him.

“The American trip was a long trip and he came out of it very well, he actually put a lot of weight on when he came back. We actually brought him back in earlier than we thought we would because he was getting too heavy on us.”

There are just five runners in the six-furlong race but they include the very smart Logo Hunter. Trained by Michael Browne, Logo Hunter is a dual listed race winner who has been off the track since last July when he started favourite for a Group 2 race and finished fifth of eight runners.

Also entered in the same Dundalk contest is stablemate Current Option, another horse that could be Dubai-bound after working alongside A Case Of You at McGuinness’ Lusk stable.

“Current Option has an entry for Super Saturday, the pair of them have been working together over the past weeks and we’re very happy with then,” he said.

“The plan was with him to go to Saudi but he wasn’t (rated) high enough, he’s lower internationally than he is Ireland so we said we’d run him there.

“We’ve then got an option for a listed race over seven (furlongs) at Wolverhampton (Lady Wulfruna Stakes) and there’s been an entry made for Super Saturday, there’s two options there but we’d like to go to Dubai with him as well.”

McGuiness already has a pair of horses out at Meydan, with Harry’s Bar and Pierre Lapin set to run in the Listed Business Bay Challenge over seven furlongs on the turf on Friday.

Both horses have been handed wide draws in stalls 16 and 11 respectively, but McGuinness reports them to be in good form ahead of the race.

“They run tomorrow, I’m very happy with them but it’s tough as they have bad draws,” he said.

“We’re a bit disappointed with the draws but you have to take that on the chin and carry on, Harry’s Bar is drawn really wide but we’re going to drop him in over seven (furlongs) and see what happens.”