Just one final step...
You must confirm your email address by clicking on the link we’ve sent to your email address.
You are only one short step away from reading 5 free Field+ articles.
VIDEO: Nobel battles to Ballysax Prize

VIDEO: Nobel battles to Ballysax Prize
By Irish Field Contributor on 12 July 2020
The full-brother to Highland Reel, Cape Of Good Hope and Idaho held on to win the Group 3 feature at Dundalk in the hands of Killian Hennessy

NOBEL Prize prevailed by the narrowest margin to provide Aidan O’Brien with his third successive victory in the Group 3 Woodford Reserve Ballysax Stakes.

The rescheduled three-year-old contest, switched from Leopardstown to Dundalk’s new Polytrack surface and run three months later than usual, served up a thrilling finish as the front-running winner held a four-length lead three furlongs out yet was just a nose in front of Indicative Vote at the line.

Killian Hennessy set out to make the most of 4/1 shot Nobel Prize’s stamina, soon in front over this 10-and-a-half-furlong trip.

O’Brien’s first string, odds-on favourite Monarch Of Egypt, was by contrast held up last and never managed to reach a challenging position on his step up in trip.

Nobel Prize, a well-beaten fifth behind illustrious stablemate Santiago in the Queen’s Vase at Royal Ascot last month, had the six-runner field on the stretch turning in.

But the Galileo colt then hung both right and then left, and had to dig deep to keep Ger Lyons’ Roscommon maiden winner Indicative Vote at bay.

A thrilling finish to the €50,000 G3 Woodford Reserve Ballysax Stakes goes the way of Nobel Prize who makes all for @Ballydoyle & Killian Hennessy at @DundalkStadium

Hennessy therefore made the most of his opportunity, and said: “I was delighted to get the ride here for Aidan. I ride a lot of work there, and he’s been very good to me giving me any spares that come up.

“Aidan was very confident that he’d get the trip well. His rider at home, James Maher, was very happy with him.

“He stays very well – the plan was to go out and go a good gallop, and thankfully it worked out.”

Hennessy needed to be strong, however, to keep Nobel Prize galloping straight when it mattered most.

He added: “I was apprentice to Jim Bolger for four years. I went on to America and England for a bit, and I’ve been with Aidan now for a year and a half. Thankfully it’s paying off.

“(Nobel Prize) just kept staying on, the last furlong. He wandered around a little bit, but he’s very genuine, and stuck his head out at the line.

“He’s a big, strong horse and will have no bother getting a mile and a half. He did that very nicely.” 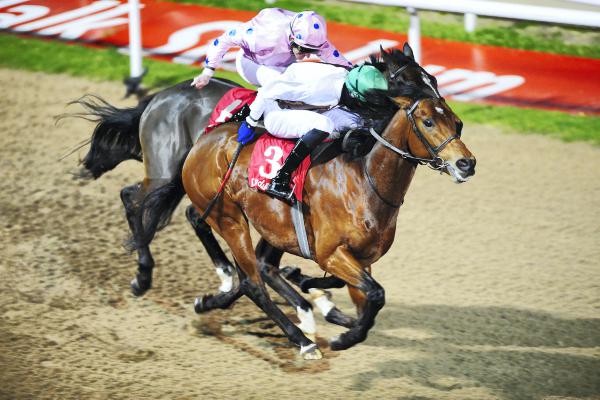 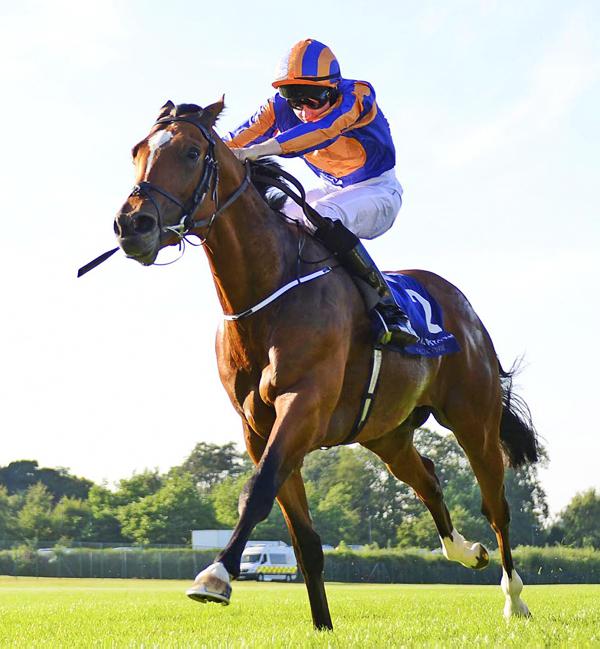 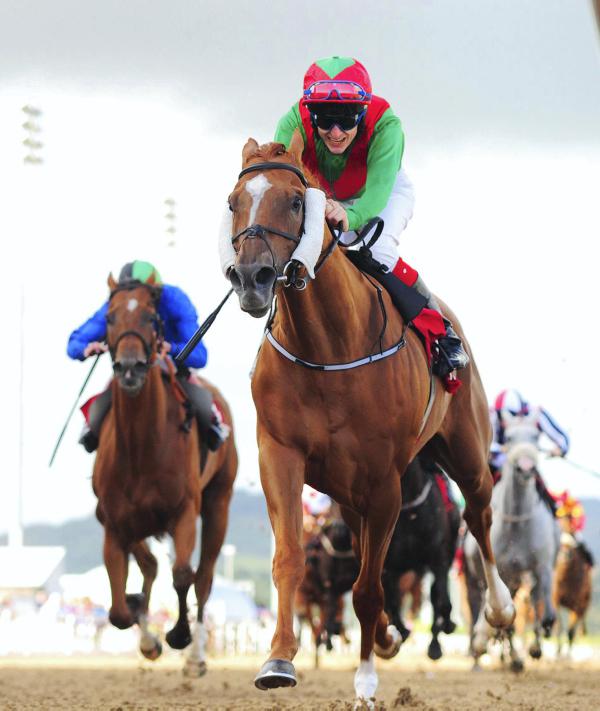