Just one final step...
You must confirm your email address by clicking on the link we’ve sent to your email address.
You are only one short step away from reading 5 free Field+ articles.
VIDEO: No Speak Alexander heads Jessica Harrington treble

VIDEO: No Speak Alexander heads Jessica Harrington treble
By Irish Field Contributor on 11 September 2021
Jockey Shane Foley was on board all three of the stable's winners at Leopardstown on Saturday

No Speak Alexander bounced back to form to cause a 25/1 upset in the Coolmore America “Justify” Matron Stakes at Leopardstown on Saturday.

It marked the highlight of three winners for trainer Jessica Harrington and jockey Shane Foley on the day.

No Speak Alexander toughs out the @coolmoreamerica "Justify" Matron Stakes! ??

An unexpected winner but very impressive on the day to win for @Jessica_Racing and Shane Foley ?? pic.twitter.com/cMC7pOlLIB

No Speak Alexander crossed the line in front in a tight and a dramatic finish to the Group 1 over a mile. She then had to survive a stewards’ inquiry after things got very tight deep inside the final furlong.

Third in the Irish 1000 Guineas in May, No Speak Alexander had benefited from a pipe-opener in the Group 1 Prix Rothschild at Deauville last month.

She took her revenge on the winner that day, Mother Earth, who had no luck in running on this occasion.

Shale made the early running with Flirting Bridge second and No Speak Alexander and Pearls Galore close to the pace.

Shane Foley made his move on No Speak Alexander early in the straight and hit the front a furlong out, landing the spoils by a neck from Pearls Galore.

Mother Earth, the 6/5 favourite, was unable to get a clear passage through under Ryan Moore and had to settle for an eased-down third, a length and a quarter away.

“It was her day in the sun today, everything was right, and she really came on from the last day,” said Harrington.

“She got no run in France at all, she got knocked over a furlong down. We trained her for this day and we rode her the same way as we did in the Guineas, up at the sharp end.

“She’s probably got a little bit stronger. She likes a bit of nice ground. We’ve no idea where we’re going now, this was the plan and we’ll enjoy the day.”

Foley received a five-day careless riding suspenion for hampering Mother Earth and he picked up a three-day ban for a similar offence half an an hour later, when he guided the Harrington-trained Real Appeal (18/1) to win the Group 2 Boomerang Stakes over a mile.

Big race double up for @Jessica_Racing and Shane Foley!! ????

Real Appeal (14/1) is the winner of another thrilling spectacle here in the @ClipperPlc Boomerang Mile ?? pic.twitter.com/CgQIZgxmrs

The in-form trainer and jockey went on to complete a treble when course specialist Ever Present (11/2) won the 12-furlong Petingo Handicap.

Impressive - Ever Present is seriously progressive and lands the €125,000 Petingo Handicap under top-weight. 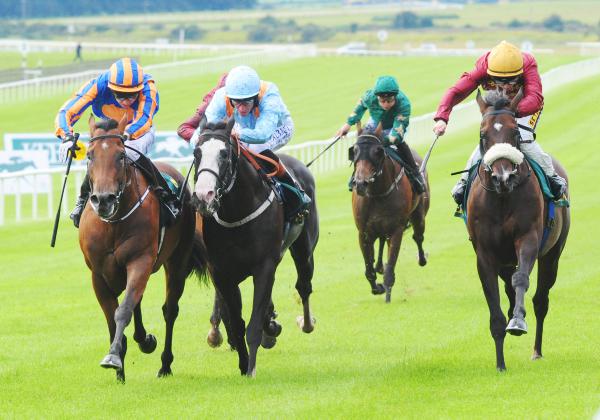 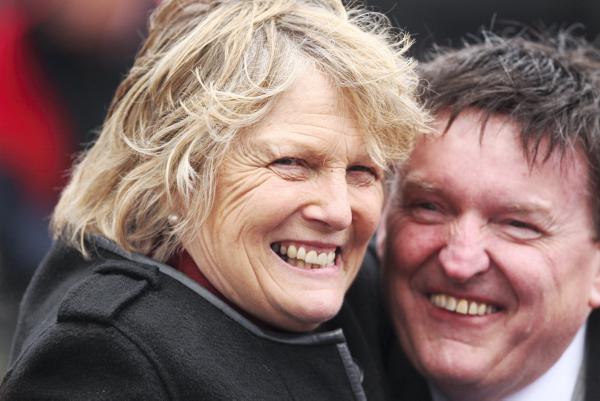 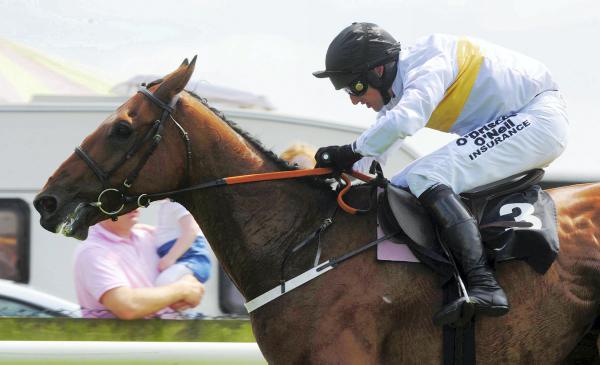