Just one final step...
You must confirm your email address by clicking on the link we’ve sent to your email address.
You are only one short step away from reading 5 free Field+ articles.
VIDEO: Mucho Gusto wins Pegasus World Cup for Bob Baffert

Mucho Gusto provided trainer Bob Baffert with his second success in the Pegasus World Cup at Gulfstream Park on Saturday.

The legendary American trainer landed the inaugural running of the valuable contest with the brilliant Arrogate in 2017. The grey had won the Breeders’ Cup Classic on his previous start and went on to strike gold in the Dubai World Cup on his next appearance.

With Breeders’ Cup Dirt Mile one-two Spun To Run and Omaha Beach both ruled out earlier in the week, plenty of gloss had been taken off this year’ renewal, but that is to take nothing away from the winner, who produced a career-best performance to win emphatically.

Ridden by Irad Ortiz Jr, the four-year-old broke well before being taken back to sit on the heels of the leaders.

Mucho Gusto then burst clear after straightening up for home and was four and a half lengths clear of runner-up Mr Freeze at the line.

“Those are the most exciting ones, when you don’t expect it,” Baffert told Blood Horse. “He just showed up. We’ve always wanted to see him run a race like that, but he got beat by Maximum Security and he’s been chasing some really good horses. It was a different field today.

Mucho Gusto could now line up for the inaugural running of the $20 million Saudi Cup in Riyadh on February 29th.

Baffert added: “He didn’t get an invite to the Saudi Cup, so I thought if he runs well enough, he’ll get an invitation, and who would know that the race fell apart there at the end (with the scratchings of Omaha Beach and Spun to Run), unfortunately.

“That’s the best he’s ever looked. He looked great in the warm-up, and Irad Ortiz did a pretty masterful job.”

Aidan O’Brien’s admirable mare Magic Wand once again had to make do with minor honours in the preceding Pegasus World Cup Turf.

The globetrotting daughter of Galileo filled the runner-up spot behind Bricks And Mortar in the same contest 12 months ago. She went on to finish second to the same horse in the Arlington Million before chasing home stablemate Magical in the Irish Champion Stakes.

She finally broke her Group 1 duck in the Mackinnon Stakes in Australia in November – and having been beaten just a short head by Win Bright in last month’s Hong Kong Cup, she was well fancied to get back on the winning trail on her return to America.

However, having cut out much of the running in the hands of Ryan Moore, she was mowed down late by Michael Maker’s Zulu Alpha, with Tyler Gaffalione the winning pilot.

A six-year-old Street Cry gelding, Zulu Alpha was originally trained by Dermot Weld for Calumet Farms. He was placed on three of his four Irish starts before being exported to the USA, where he has raced for three other trainers prior to joining Maker's barn in late 2018.

Without Parole, formerly trained in Britain by John Gosden and now with Chad Brown, was the narrow favourite ahead of Magic Wand, but finished a disappointing 11th of 12 runners under Frankie Dettori. 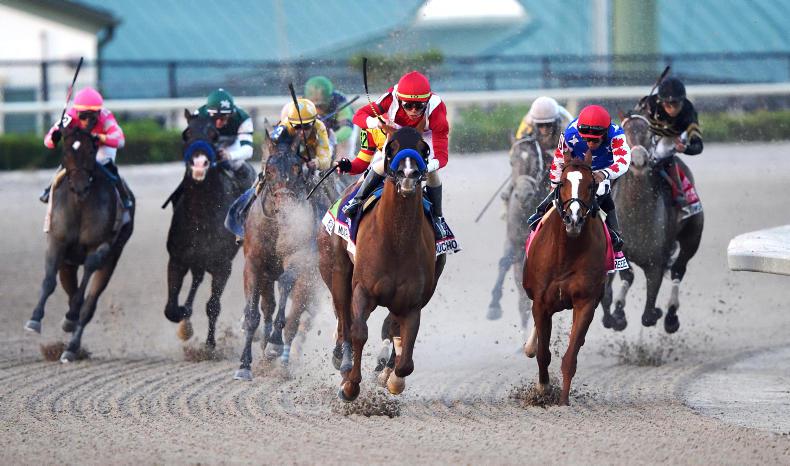 International Racing
AMERICA: Gusto has too much in Pegasus
By Anne Marie Duff on 29 January 2020
Field + 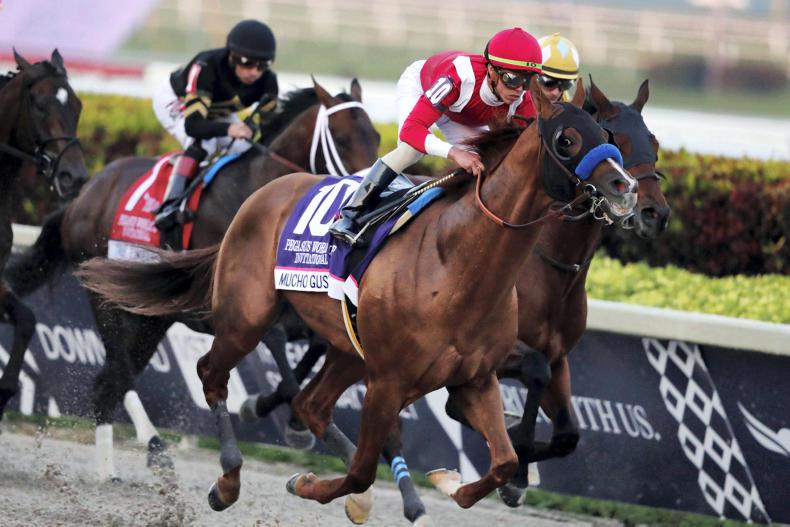