Just one final step...
You must confirm your email address by clicking on the link we’ve sent to your email address.
You are only one short step away from reading 5 free Field+ articles.
VIDEO: Call The Wind breezes past Cadran rivals to lift Group 1 honours

VIDEO: Call The Wind breezes past Cadran rivals to lift Group 1 honours
By Irish Field Contributor on 06 October 2018
The gelded son of Frankel is the third Group 1 winner for his dam, In Clover, and he could be a Gold Cup contender next summer

CALL The Wind took a step up in both class and trip in his stride as he claimed victory in the Group 1 Prix du Cadran at ParisLongchamp.

The four-year-old, who had never run over further than a mile and six furlongs before, stayed on dourly to win the two-and-a-half-mile feature for Freddy Head.

The favourite, Holdthasigreen, made a bold bid from the front and briefly looked to have his rivals in a spot of bother. However, on entering the final furlong, Call The Wind began to motor home under Aurelien Lemaitre while Maxime Guyon was flying from the rear on Andre Fabre’s Morgan Le Faye.

As Morgan Le Faye’s effort began to falter, Call The Wind kept on galloping to take the honours, with Holdthasisgreen not too far away in third.

Head said: “He did stay, he was fantastic today. He was a bit keen, the pace was slow, I didn’t like the way he was moving, but the jockey did a good job to get him to relax. He then showed he was a fighter, he put his heart on the line.

“The dam has produced three Group 1 winners now (With You and We Are). We’ll have to think about Ascot (Gold Cup) next year.” 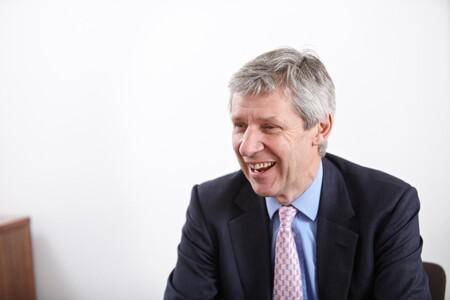 Pedigree analysis
BREEDING INSIGHTS: One of the world's great owner/breeders
By Leo Powell on 11 October 2018
More in International Racing
Racing Field +
AMERICA: Improbable impresses in Whitney
Racing Field +
BRITAIN: Withhold back in the groove
Racing Field +
BRITAIN: Enbihaar reprises 2019 victory
Classifieds
Place ad
Get full unlimited access to our content and archive.
Subscribe to The Irish Field
Unlimited access to The Irish Field via your computer, mobile device, tablet or newspaper delivered to your door.
Subscribe now +
Already a subscriber? Sign in