Title: VIDEO: Benie blows them away in the Galmoy

Benie Des Dieux was an easy winner of the Galmoy Hurdle at Gowran Park, with her main rival, Apples Jade, putting in a disappointing display 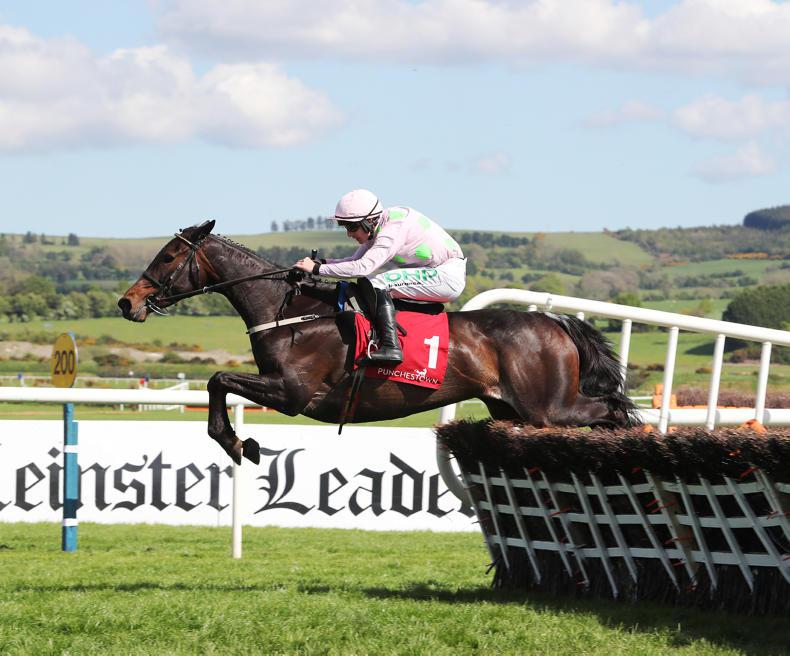 The star mare ran out a very impressive winner \ carolinenorris.ie

BENIE Des Dieux ran out a hugely impressive winner of the John Mulhern Galmoy Hurdle at Gowran, in which Apple’s Jade was a bitter disappointment.

Willie Mullins’ nine-year-old unfortunately crashed out at the last when in command of the Mares’ Hurdle at Cheltenham in March – but since then has proved her class, being an easy winner at Punchestown and in France.

The race was billed as a match between the two top-class mares, with Apple’s Jade having got back to form with a win at Leopardstown last time out.

However, after jumping the third-last Gordon Elliott’s charge began to struggle and Davy Russell pulled her up.

When the field emerged from the fog running to the second-last, Benie Des Dieux was still on the bridle under Paul Townend and she was unextended to win by 21 lengths as the even-money favourite.

Benie Des Dieux absolutely bolts up on her return and continues the fine record under Willie Mullins in the Galmoy Hurdle at @GowranPark1 ??

It was a one-two-three for Mullins, as Penhill took second and Killultagh Vic third. Death Duty, having his first outing for 758 days, was fourth.

Benie Des Dieux has now had nine races for Mullins and her sole defeat remains her Cheltenham fall.