Just one final step...
You must confirm your email address by clicking on the link we’ve sent to your email address.
You are only one short step away from reading 5 free Field+ articles.
VIDEO: Austrian School keeps family tradition on a roll at Musselburgh

VIDEO: Austrian School keeps family tradition on a roll at Musselburgh
By Irish Field Contributor on 21 April 2019
The Mark Johnston-trained son of Teofilo is a half-brother to dual Grand National hero Tiger Roll. Saaheq landed the big sprint on the card

AUSTRIAN School taught his rivals a lesson in the Queen’s Cup Stakes at Musselburgh.

The Mark Johnston-trained half-brother to dual Grand National hero Tiger Roll had his day in the sun as he ended a run of nine first-four finishes in emphatic style.

The son of Teofilo had gone up 17lbs since he last won at Chester 11 months ago – but that did not stop the 4/1 joint-favourite bounding clear in the straight to come home six lengths ahead of Ulster in the heritage handicap over a mile and three-quarters.

Pipes Of Peace was a head away in third with Lucky Deal, a stablemate of the winner, a further length back in fourth.

Austrian School gets his season off to a flying start by landing the Queen's Cup @MusselburghRace in great style for @Johnston_Racing ???? pic.twitter.com/Yk0hhNvkDf

“He’s hit the crossbar a lot of times and has gone up over a stone in the handicap since he last won, but I couldn’t really complain about it,” Johnston told ITV Racing.

“We know he’s a very good horse, not quite as good as his older brother yet, who has win the Grand National twice, but a great horse.

“It’s been a great Easter for us and this has probably been the longest in the planning because his owner lives in Hong Kong and he has got a new granddaughter he has come over to visit.

“He said he was coming for this meeting and he wanted this horse to run and win here, so best-laid plans.”

Saaheq landed a gamble to give trainer Mick Appleby a third success in the Scottish Sprint Cup.

Double figures earlier in the day, the five-year-old was backed down to the 11/2 favourite and justified that support with a comfortable victory in a hot sprint handicap.

Final Venture burst out of the stalls to get pole position on the stands rail, but he was soon joined by Saaheq with Hollie Doyle oozing confidence in the saddle.

Sent on, Saaheq quickly put the race to bed, scoring by three-quarters of a length from the game Final Venture. Mokaatil stayed on well for third place, another length and three-quarters away with Copper Knight fourth.

“He jumped the gates very well and travelled nicely. I got there a bit early, but there’s only one thing you can do when get left in front and that is to kick for home,” said Doyle.

“When I walked the track beforehand, I thought it definitely wasn’t good ground, but he seemed to handle it fine.

“He’s been consistent all over the winter, he’s going the right way. Physically he’s all there so hopefully he can pick up another few nice pots like 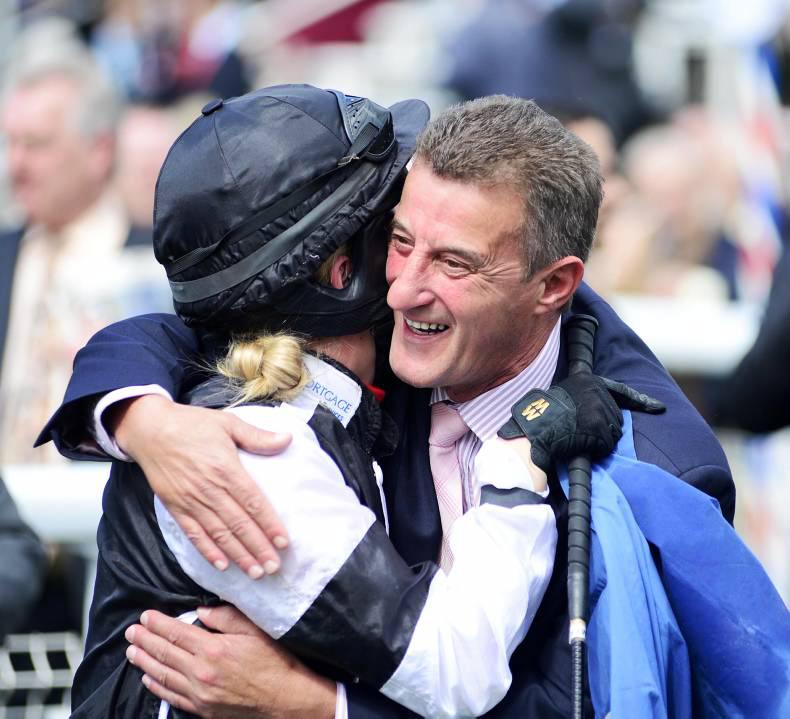