Just one final step...
You must confirm your email address by clicking on the link we’ve sent to your email address.
You are only one short step away from reading 5 free Field+ articles.
US Army Ranger to tackle Big Orange in Goodwood Cup

AIDAN O'Brien is having another crack at Big Orange in the Qatar Goodwood Cup on Tuesday.

Order Of St George lost his Gold Cup crown to Michael Bell's gallant stayer at Royal Ascot, and O'Brien is taking him on again on the Sussex Downs, this time with US Army Ranger.

Big Orange will be bidding to lift the Goodwood Cup for the third year in succession in the first year it will be run as a Group 1.

William Haggas is having a crack with Dal Harraild, and said: "Obviously we are all petrified of Big Orange but I'm really thrilled with Dal Harraild. I'd like the ground to dry as he is at his most effective on fast ground. Provided it's not too bad, I think he'll run a really good race."

James Fanshawe's Higher Power is back in group company after defying a big weight in the Northumberland Plate having previously finished second to Big Orange in the Henry II Stakes at Sandown.

Prince Of Arran, Qewy and Sweet Selection complete the line-up.

Cougar Mountain and Spirit Of Valor fly the flag for Ballydoyle in the Qatar Lennox Stakes on the same card.

Cougar Mountain has been a grand servant to Aidan O'Brien over the past few season but his chief hope in the seven-furlong Group 2 appears to be Spirit Of Valor, who was second in the Jersey Stakes before going one better in the Minstrel Stakes at the Curragh.

Limato's is also among the 15 declarations, but trainer Henry Candy said: "We've declared him but he'll only run if the ground is suitable." Limato was a convincing winner of the Prix de la Foret last autumn. He has not run beyond six furlongs so far this season, over which he has been placed in both the Diamond Jubilee Stakes and the July Cup.

Last year's winner Dutch Connection will try to defend his crown for trainer Charlie Hills, who has also declared Jallota.

Along with Spirit Of Valor, the Saeed bin Suroor-trained Dream Castle is the other three-year-old in the line-up.

Hugo Palmer's Home Of The Brave bids to take his winning streak to three this campaign, and Dean Ivory runs his progressive grey Librisa Breeze, who was fourth in the Diamond Jubilee on his reappearance.

Others in a strong field are Aclaim, Breton Rock, Jungle Cat, Oh This Is Us, So Beloved, Stormy Antarctic and Suedois.

The going at Goodwood is currently described as good to soft, with little rain forecast for the week ahead. 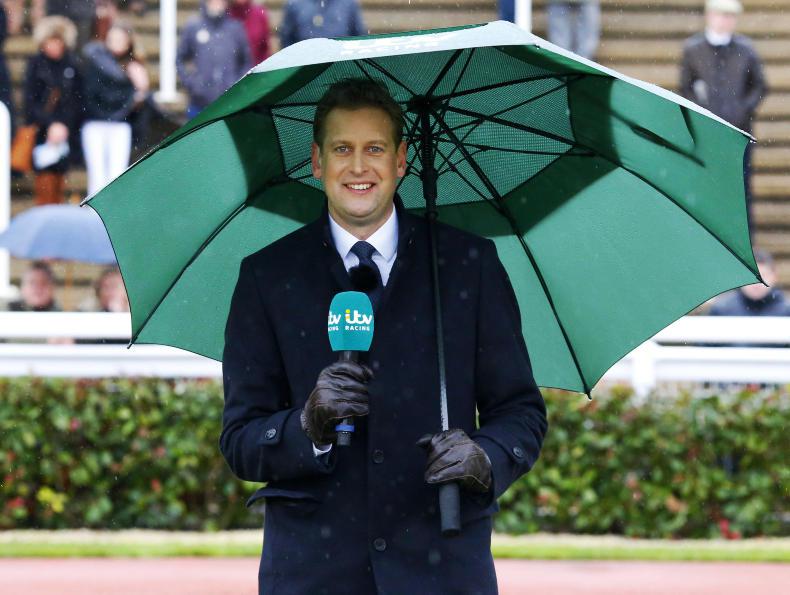 Inside Racing
THE WEEK THAT WAS: Testing times for ITV Racing
By Anne Marie Duff on 02 February 2017
More in Latest News
News Field +
Deal secured for extension of ITV Racing coverage until 2023
News FREE
Hogan pays tribute following death of star sprinter Sceptical
News FREE
VIDEO: Ryan and McGuinness strike again at Galway
Classifieds
Place ad
Get full unlimited access to our content and archive.
Subscribe to The Irish Field
Unlimited access to The Irish Field via your computer, mobile device, tablet or newspaper delivered to your door.
Subscribe now +
Already a subscriber? Sign in