Just one final step...
You must confirm your email address by clicking on the link we’ve sent to your email address.
You are only one short step away from reading 5 free Field+ articles.
SHOW JUMPING: World Cup win for Ireland's Shane Breen

THE opening World Cup Grand Prix of the 2020 season has been won by an Irish rider as Tipperary's Shane Breen claimed a superb victory in Saturday's four-star Longines FEI World Cup at Abu Dhabi in the United Arab Emirates.

Ten of the 35 starters made it through to the jump-off, where Breen partnered the 12-year-old stallion Ipswich van de Wolfsakker to the fastest of just three double clear rounds to take the winner's prize of just over €24,000.

Breen finished just over half a second ahead of Austrian runner-up Gerfried Puck, while third place on the podium went to Syria's Osama Al Zabibi.

Kilkenny's Jack Ryan was also among those who jumped clear in the first round and recorded an excellent fifth place finish with Essenar High Hopes with the second-fastest four fault score of the jump-off.

Shane Breen is one of seven Irish riders who are inside the world's top 50 after the latest Longines World Jumping rankings were announced on Friday.

Darragh Kenny remains Ireland's top-ranked rider at No.8, with Bertram Allen at No.32, Denis Lynch at No.36 and Daniel Coyle at No.37. Shane Sweetnam is at No.39, with Shane Breen at No.49 and Paul O'Shea at No.50. Swiss rider Martin Fuchs is the new World No.1. 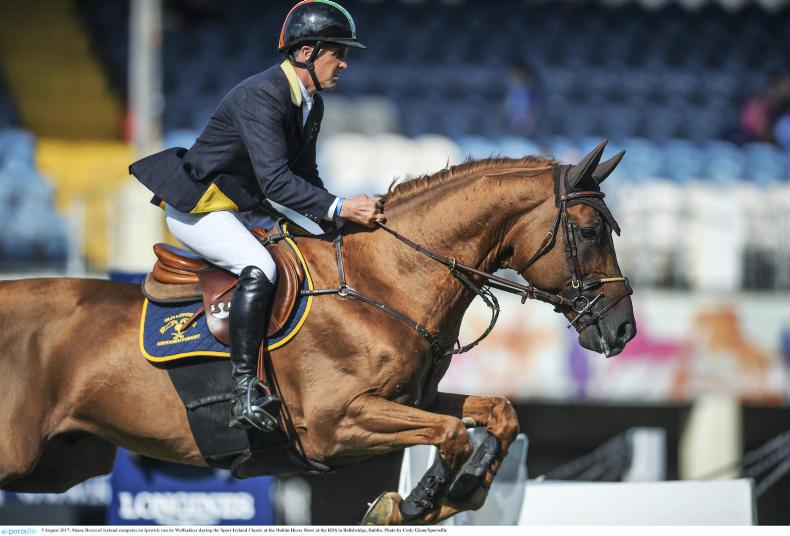