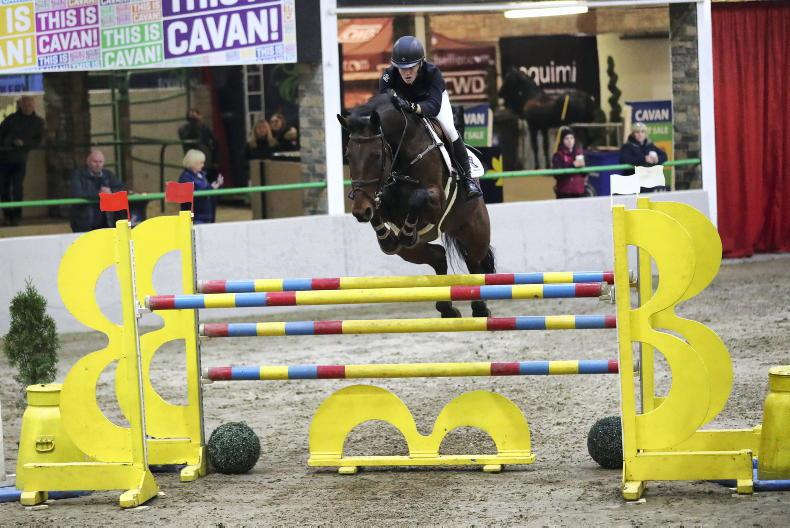 With a prize fund of €3,000 and a startlist of 69 riders, 17-year-old McEvoy proved fastest of the 15 combinations that made it through to the timed decider with the 11-year-old Limmerick x Lux Z mare.

Cavan resident rider Victoria Clarke and her own German-bred 11-year-old gelding Chinatown slotted into fourth in 37.91.

Friday’s other feature class was the Karlswood Stables-sponsored 1.30m Welcome Stakes which offered a €1,200 prize fund. It was young rider Abigail Boland and Mary Boland’s The Hurricane (Tremoelgoch Clinton), who claimed first place.

Run as a Table A speed class, Boland crossed the finish line in a very quick time of 54.08 to secure the win.

Sven Hadley and his own Topspin took the runner-up spot in 55.21, while Gerard Clarke and King Lupin were third in 57.20.