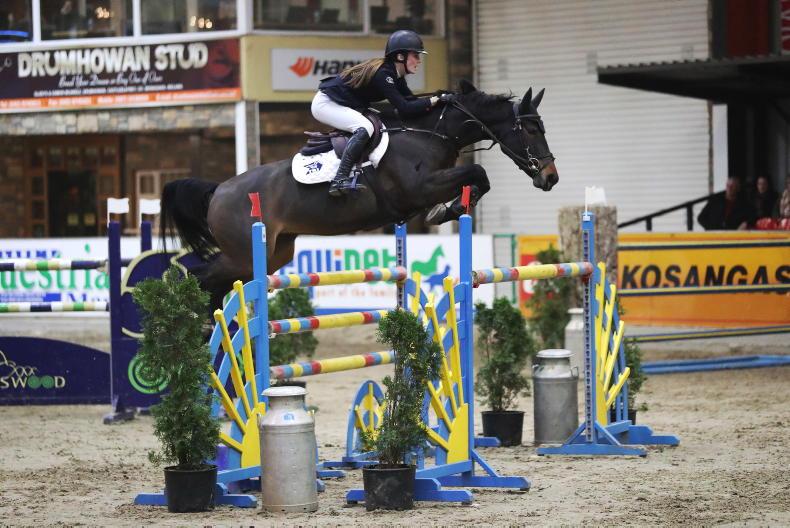 Run in the past as an international show and cancelled last year due to a Covid-19 lockdown, Cavan opted for national jumping last week due to the uncertainty of international riders travelling to the venue. Sunday’s Grand Prix offered a prize fund of €6,000.

Ending what has been an excellent season of wins and placings at the highest level on the national circuit, 17-year-old McEvoy impressed once again with a top-class performance.

Speaking after the win, Niamh’s father Richard, who co-owns her winning mount Haifa OL, told The Irish Field: “It was super. The horses were jumping great. It all fell into place thankfully. We bought her (Haifa OL) last year from Olivia McCormack who had done a fantastic job of producing her.

“The rideability is excellent; she is very blood and is very careful, she’s got a great stride and is a real trier, she tries her best all the time. She was just ready to move up when we got her. She’s nine years old and Dutch-bred; she’s not terribly big, but she doesn’t know that. She was bred in the Old Lodge Stud in England and I think Olivia had her since she had her since she was a foal; she is definitely the only person that had competed her anyway.

“We are blessed to have a few very good mares and we plan to take embryos from them early next year; the seven-year-old Lisboy Louie (Luidam - Sinn Time) and Haifa OL. Hopefully Robin Bingham will take them from Templepatrick Welcome Limmerick also.

“They are three wonderful mares to breed from. This would be a new venture for us but I think they could produce some real toppers.

“For now the plan is to head to Portmore next, and then back to Cavan for their next horse show. We will take a break around Christmas time and kick off again in the New Year.”

Niamh is still at school and hopes to travel more next summer. “We will try and keep her head in the books for now, and then next year we will travel a bit, with our aim being the junior European team,” her father explained. “We are very lucky because she is double-barrelled with two horses, either of which could be well capable of doing the championships.”

Just 12 of the starting 50 kept a clean sheet in the first round to progress to the jump-off.

Two of the 12 – Cathal Daniels (Cappog Tomy) and Ausra Clarke (It’s a Men Gr) – had two fences down each to finish on eight faults.

McEvoy and Haifa OL were fastest of the six, breaking the finish beams in 38.46 for the top prize.

Emiky Turkington was fourth on another eight-year-old gelding, the French-bred Djumbe D’Amour; they posted a time of 40.76.