Ryan McElligott reports from the one-day November Flat Sale at Fairyhouse, where trade was muted 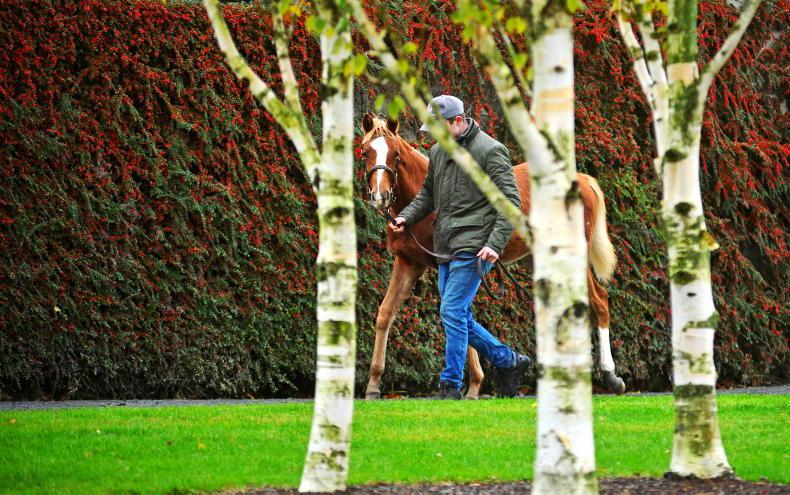 The year at Tattersalls Ireland drew to a low-key close on Saturday with the November Flat Sale where trade was of a much more reserved and muted variety than what preceded it earlier this week.

The one-day sale which offered a selection of foals, yearlings and breeding prospects represented a struggle for most horses who came under the hammer and this was reflected in the final figures although they did advance on last year’s tallies.

Breeze-up vendor Thomond O’Mara secured the day’s most coveted offering when forking out €29,000 to secure a colt hailing from the first crop of the high-class sprinter Tasleet.

Lumville Farm consigned this colt who is the second produce of a listed-placed mare and her dam is the Group 3 Sweet Solera Stakes winner English Ballet.

“He looks fast and we will reoffer him at the breeze-up sales next year. The sire was a high-class sprinter and he’s a son of Showcasing who we’ve had plenty of luck with in the past while this colt is a nice type out of a smart mare,” reported O’Mara.

The latter’s breeze-up colleague Willie Browne was also to the fore when he forked out €25,000 for a daughter of Holy Roman Emperor out of an raced Lope De Vega mare.

“She’ll go breezing. She’s a very nice filly with size and scope and could go to any sale. She’s all Lope De Vega and I thought she looked like good value,” reflected Browne.

The breeze-up path also beckons for a €23,000 son of the Group 1-winning Kodiac horse Kessaar who was bought by Hyde Park Stud while Andrew Lynch’s Kilbrew Stables spent €21,000 on a son of James Garfield who will also be reoffered next year.

Curragh trainer Willie McCreery picked up a couple of yearlings for next season and the most expensive of these was a €21,000 filly by Tamayuz from Lumville Farm. This filly is a half-sister to Michael O’Callaghan’s winning juvenile Money Tree and their dam is a half-sister to the Park Express Stakes third Starbright.

“Her two-year-old half-sister is useful and this filly is a lovely, good walking sort. She could well be for a syndicate in the yard and hopefully she’ll be one to look forward to next year,” reported McCreery.

The sale also contained a section given over to foals and the pick of these was a €24,000 colt hailing from the first crop of the Group 2 winner and dual Group 1-placed Inns Of Court. He was bought by Tally-Ho Stud where the Invincible Spirit horse resides and will be back for sale as a yearling. Tony O’Callaghan’s purchase is out of a daughter of the dual Listed winner Deauville Vision.

COMPARATIVE FIGURES FOR THE FLAT SALE