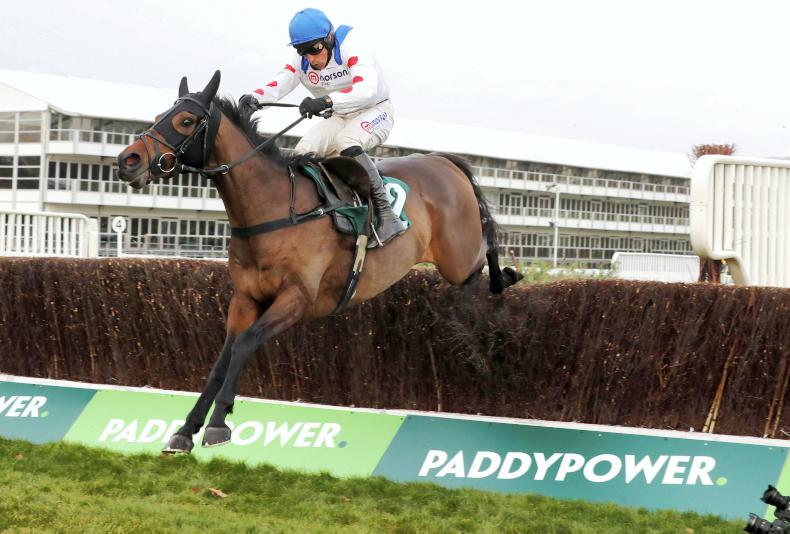 THE Irish and Cheltenham. Synonymous for years but has the link ever been as strong as it is these days?

Despite the recent burdens brought by Brexit and Covid measures, the route from the Emerald Isle to the Cotswolds has become progressively busier. After 10 runners and three winners yesterday, Irish representation for the weekend will be at 28 runners come the concluding bumper on tomorrow’s card. There were just 10 Irish-trained runners at this whole three-day meeting last year.

And it’s not just the big names either because besides Gordon Elliott and Henry de Bromhead, 13 other trainers, perhaps buoyed by the nature in which their compatriots dominated the Festival here in March, have contributed to the Irish challenge in all.

Matthew Smith, Dermot McLoughlin, James Nash, John McConnell, Tony Martin and Conor O’Dwyer are just some of the names hoping to get on the scoresheet this weekend.

And yet, in the two feature contests on both days, today’s Paddy Power Gold Cup (2.15) and tomorrow’s Greatwood Handicap Hurdle (2.55), Irish winners have been few and far between. Edward O’Grady’s Tranquil Sea remains the only Irish-trained winner of the former mentioned contest since 1980, while The Shunter became the first winner of the latter last year since Sizing Europe in 2007.

Denis Hogan’s Funky Dady is our only representative in the Paddy Power and looks up against it in a hot renewal. We have a better chance in the Greatwood with four darts, headed by Noel Meade’s Galway Hurdle fourth Jesse Evans and Advanced Virgo, who bids to complete a big weekend for Charles Byrnes after Blazing Khal’s Grade 2 win yesterday.

The British trainers must be sick of the sight of their Irish counterparts appearing even earlier at Prestbury Park this year but if there is one trainer who could claim a huge weekend, it’s Dan Skelton, for all that My Drogo’s second last-fence fall yesterday will have disappointed him.

Third Time Lucki is odds-on for Skelton in the Grade 2 novices’ chase (1.40) today, while Protektorat is the staple second season chaser that everyone will be interested in for the Paddy Power. The same part-owner John Hales scored with a similar type in Al Ferof in 2013, with that horse progressing to Grade 1 standard in open company and Protektorat, the Grade 1 Manifesto Novices’ Chase winner at Aintree, will be on a similar trajectory should he score off his mark of 154 today.

Skelton unleashes also Nube Negra, who gets a chance of revenge against Put The Kettle On in tomorrow’s Shloer Chase, while West Cork is intriguing runner for him in the Greatwood.

The Skeltons first made a name for their operation by signature wins in big handicap hurdles and this seven-year-old, not seen since finishing second in a Grade 2 novice hurdle 631 days ago, may well have been laid out for tomorrow’s big race.

GIVEN the millions Noel and Valerie Moran have spent on building their jumps racing empire, tomorrow could be a bookmark day, when their Zanahiyr takes on the Morgiana Hurdle.

Rome wasn’t built in a day but it surely is a sign of the ultra-competitive nature of jumps racing that the Morans, now racecard identifiable by their base of Bective Stud, have yet to own a Grade 1 winner or Cheltenham Festival winner.

Zanahiyr is the brightest hope currently among a strong team of young horses and gets the chance to make a big breakthrough for his owners tomorrow. Four-year-olds tend to struggle in open company but he could be a very good four-year-old and it’s interesting Gordon Elliott has elected to run him here, having initially signalled his intent to go up in trip, possibly in the Hatton’s Grace Hurdle later this month.

Zanahiyr has race fitness on side tomorrow and all his rivals bar outsider Darasso don’t, and that could be key in a likely slowly run, tactical affair, which will perhaps mirror last year’s renewal.

Gordon Elliott’s Abacadabras broke Willie Mullins’s long-running streak of wins in this race (nine) 12 months ago and he joins his younger stablemate in a bid to give Elliott back-to-back wins.

Elliott, operating at a 26% strike rate so far in November, said of his two chances: “I couldn’t have been happier with Zanahiyr at Down Royal and this is another step up again and a big step for a four-year-old but he’s been good since and it will tell us more about where he fits in.

“Abacadabras was second in the Down Royal race last year before coming here to win the Morgiana so it was a logical starting point for him this season. He was very good at Aintree and it was too early to say what would have happened at Cheltenham but he’s in good nick.” 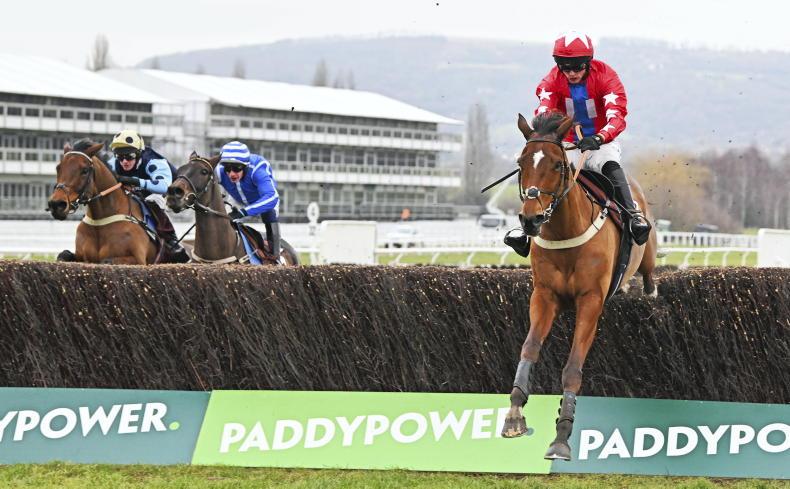 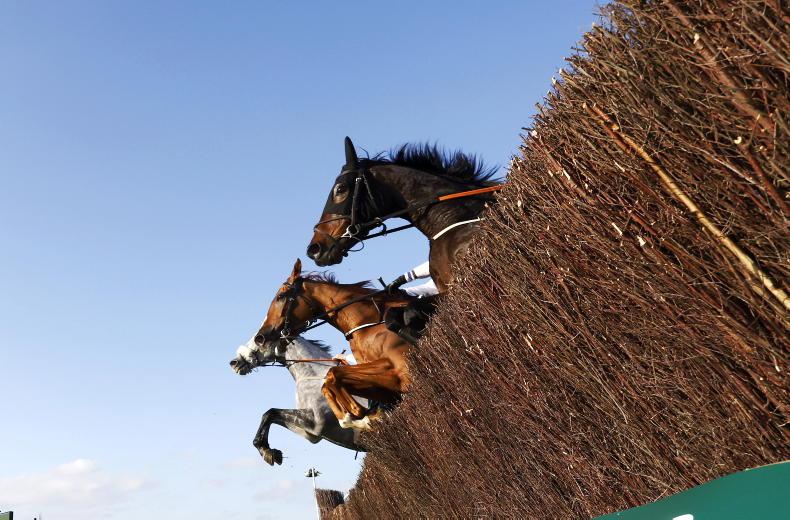 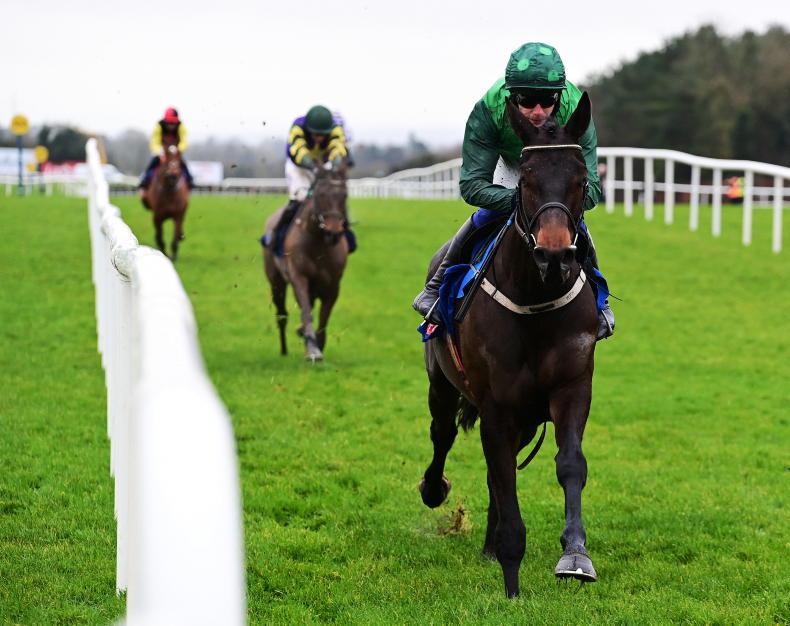 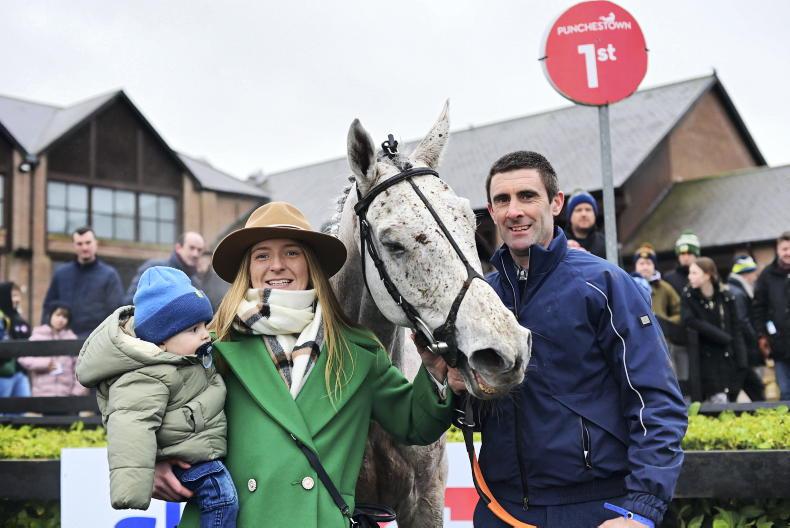