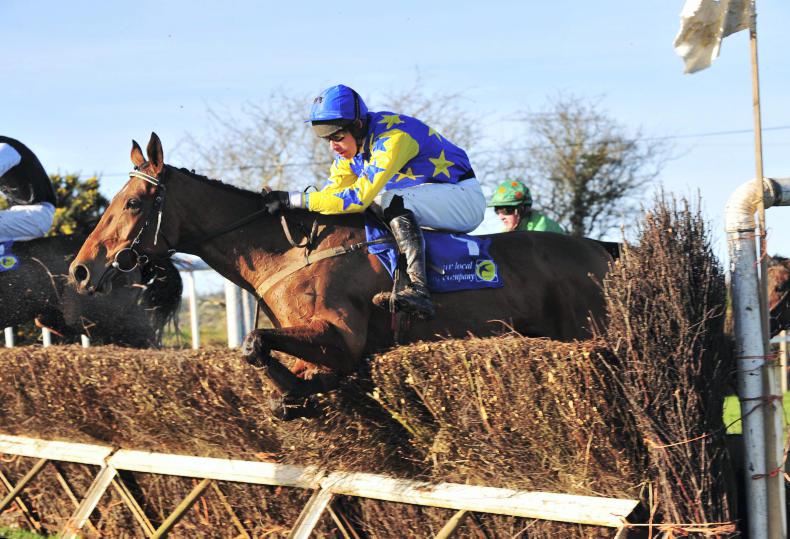 HAVING changed hands for £225,000 in March 2016 following his second start win in a Tinahely maiden the previous month for the Colin Bowe yard, Timewaitsfornoone made a successful reappearance in the winners of one at Aghabullogue last Sunday.

Now trained by Alan Fleming for Barry Connell and ridden at the track by Declan Queally, Timewaitsfornoone was bred by former amateur Tom Lombard out of the Luso mare Trendy Attire. The dam’s previous produce include the 2011 Milan gelding Maguires Bridge who won a maiden first time out at Charm Park in March last year and finished sixth of 13 in a restricted on his only subsequent outing.