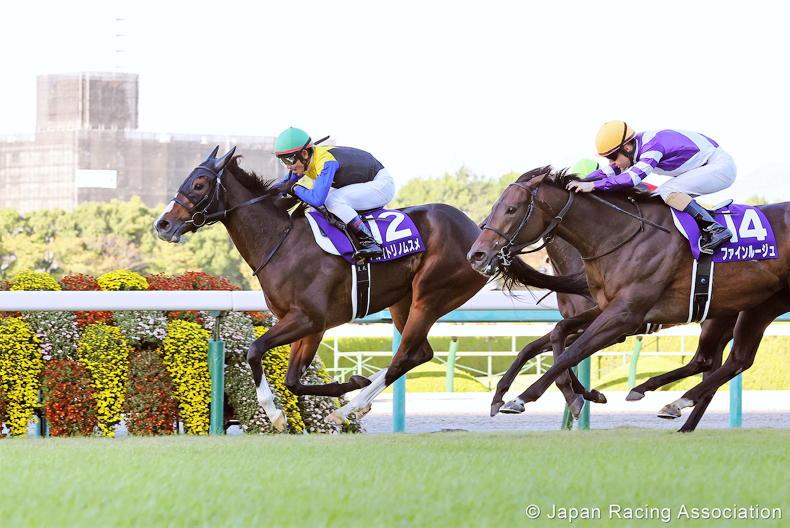 After a great weekend at the Breeders’ Cup for Japan, tomorrow sees the domestic Group 1 action return to the Hanshin, where the Queen Elizabeth II Cup will be run over 2,200 metres.

Third favourites have won four of the last 10 races. Four-year-olds have been dominant over the same time period, winning on six occasions with Lei Papale the leading older contender in this year’s renewal.

Akaitorino Musume is a three-year-old filly by Deep Impact and she managed to go one better last time than she did in the Grade 1 Yushun Himba (Japanese Oaks) back in May, when winning the Grade 1 Shuka Sho over 2,000 meters at Hanshin in October.

Lei Papale is another filly by Deep Impact. Her stunning six-win streak finally came to an end in the Grade 1 Takarazuka Kinen back in June, when she finished third, and most recently she had to settle for fourth in the Group 2 Sankei Sho All Comers over 2,200 meters at Nakayama in September.

Connections have been quick to secure the services of Christophe Lemaire this time, so a big run can be expected from Lei Papale.

Win Marilyn won the Grade 2 Sankei Sho All Comers at Nakayama on her last start, the four-year-old filly by Screen Hero looks set for a big run. Before her last victory she finished a creditable fifth in this year’s Grade 1 Tenno Sho (Spring) back in May.

Terzetto and Des Ailes are also Deep Impact fillies in with a chance of placing. Terzettio is Mirco Demuro’s big race ride, the improving filly is now six wins from eight career starts.