Just one final step...
You must confirm your email address by clicking on the link we’ve sent to your email address.
You are only one short step away from reading 5 free Field+ articles.
ITM STALLION TRAIL: Coolagown's the Way to go

ITM STALLION TRAIL: Coolagown's the Way to go
By on 08 January 2021
David Stack offer breeders a range of high-class sires, and his own bit of wit and wisdom

A HIGHLIGHT of the ITM Irish Stallion Trail in a normal year is the chance to drop in on the smaller scale, less ostentatious country studs.

The bigger operations boast lavish facilities and a breathtaking array of top sires, and consequently they always draw the largest crowds. But those on the tour who venture off the beaten track will be richly rewarded for doing so, receiving a more personal reception and the chance to chat at length with the owners.

One such small but perfectly formed farm worth a visit each year is Coolagown Stud in Co. Cork. Not only does it offer breeders a range of high-class sires, but the wit and wisdom of owner David Stack are also a considerable draw.

The stud, situated on around 120 acres of prime grassland outside Fermoy, was founded by Stack’s father Bernie around 30 years ago and has continually upgraded its stallion offering, from Air Display and Rock Chanteur in the early days through the likes of Daylami and Papal Bull to present incumbents including Shantaram and Zambezi Sun.

The fact that the coronavirus pandemic has forced the ITM Irish Stallion Trail online is particularly unfortunate for Stack, as he will be unable to show off his gleaming new Group 1-winning recruit Way Of Paris to visitors – or treat them to his unique marketing patter.

Never mind, though, as Stack is confident the Group 1-winning grey by Champs Elysees will show himself off to brilliant effect on the videos that form part of the rebranded Irish Stallion Showcase.

“Way To Paris is just under 16.2 hands, a big horse and a great mover,” says Stack. “When he walks you’d almost be struggling to keep up with him.

“He’s a serious prospect with plenty to offer. He was tough and consistent on the track, and beat both the last two Arc winners, Waldgeist and Sottsass, during his career. He also has a strong pedigree, being the only son of Champs Elysees at stud and a half-brother to another Group 1 winner in Distant Way.

“As you can imagine, I was excited when I first heard he was available, and then felt honoured when it was confirmed the owners were willing to stand him with me.”

Stack adds that he has been inundated with interest since the news broke in Newmarket that he would be getting Way To Paris.

“The feedback has been very positive, and he’s attracted new clients to the stud, many of them higher-end jumps breeders with mares in foal to the top stallions,” he says. “There’s also been interest from Britain and further afield.”

Way To Paris was acquired by Stack with the assistance of British-born, French-based bloodstock agent Richard Venn, who orchestrates so many deals built around sire purchases and transfers each year that he has garnered the nickname ‘Le Stallion Man’.

“The seeds of the deal to get Way To Paris were sown around five years ago,” says Stack. “I was at Tattersalls in Newmarket one day and Richard was sitting on his own in the green room restaurant, and I asked if I could join him.

“I didn’t know him at the time but we immediately hit it off and have remained firm friends ever since. He has been an invaluable help in finding new stallions, as he has amazing contacts in France and is fair and helpful to deal with.”

Zambezi Sun was also sourced by Venn for Coolagown Stud, the Group 1-winning son of Dansili having arrived from France for the 2017 covering season – meaning his first Irish-breds have just turned three years old.

While we wait for those to reach for the track, the sire’s name is being kept in lights by his French-bred daughter Zambella, who has won listed mares’ novice chases at Bangor and Wincanton on her recent starts for Nigel Twiston-Davies.

“His French-bred runners have been flying and Zambella is looking like a genuine Cheltenham Festival prospect,” says Stack.

Shantaram, a Group 3-winning son of Galileo who retired to Coolagown Stud in 2015, has made a positive start with his early runners.

“He’s doing well and has a very interesting filly called Ballela,” reports Stack. “She won a Tyrella point-to-point by 15 lengths on her debut in March and has since been switched to Henry de Bromhead.”

Coolagown’s fourth stallion, Carlotamix, best known for his champion French-based son Gemix, also has a fine recent representative in It Could Be You, a dual winner for Tom Mullins this term.

The stud has a thriving boarding business, too, with clients from all over the world entrusting their mares to Stack and his dedicated team.

“I recently worked out that I have customers of 14 different nationalities – for a small corner of Cork we’re very international,” says the stud owner with justifiable pride. “A lot of that is thanks to ITM, who do a superb job and are a credit to Ireland. Their model has been copied the world over but never equalled.

“I first realised how valuable they were through the late Mark O’Hanlon, when he helped me so much with launching Papal Bull. He was just brilliant and we struck up a good friendship after that.”

Stack goes on to outline the value that ITM brings not just to Ireland’s thoroughbred industry but the country as a whole.

“I recently bought a foal for a Saudi client for €10,000, which doesn’t sound much but that’s only the money going to the breeder,” he says.

“Later she’ll be pre-trained and then go into training, and before you know it that one filly sold to a foreign client for relatively small money has generated another €30,000 of income for Irish equine businesses.

“Here’s another example: I board a couple of mares bought from Goffs by Filip Zwicky for three Scandinavian clients.

“When they came to visit their mares they paid for their own travel and accommodation but ITM picked them up from the airport and showed them around all the stud farms. Think how local hospitality outfits benefit from all this as well.

“It’s no exaggeration to say that Ireland is the best in the world in the thoroughbred business, which isn’t bad for a small island nation of just under five million people.

“We punch well above our weight and a lot of that is down to ITM. The foal levy is worth every penny – we have to support them.”

Unsurprisingly then, Stack is fully supportive of ITM’s decision to turn the Irish Stallion Trail into a virtual event in 2021, in the expectation that travel restrictions would have made the traditional format unworkable.

“It’s an excellent innovation, although I will miss meeting friends old and new at the stud in person this year,” he says. “I like to think that our warm welcome is one of our strong selling points.

“We offer a friendly, personal service and clients know they can get me at any time of day.”

Anyone who has visited Coolagown Stud can attest to that, and will regret not being able to call in on Stack on the ITM Stallion Trail again this year.

But the video showcasing Way To Paris and Stack’s way with words will provide ample compensation. 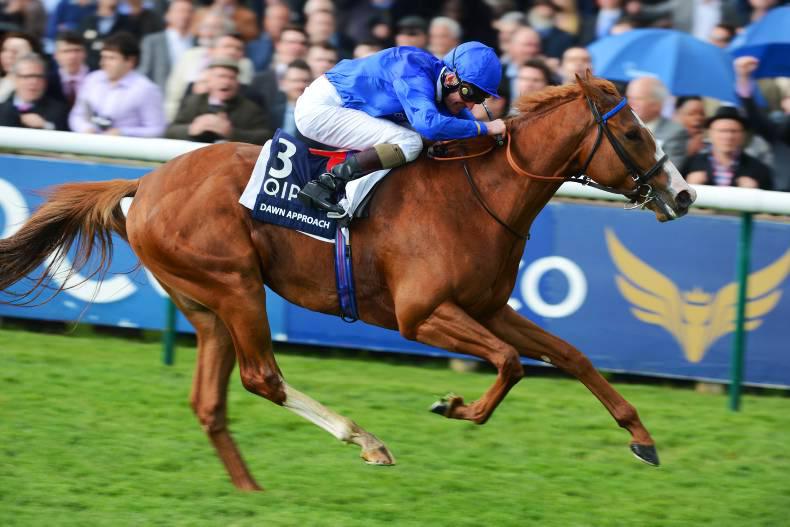 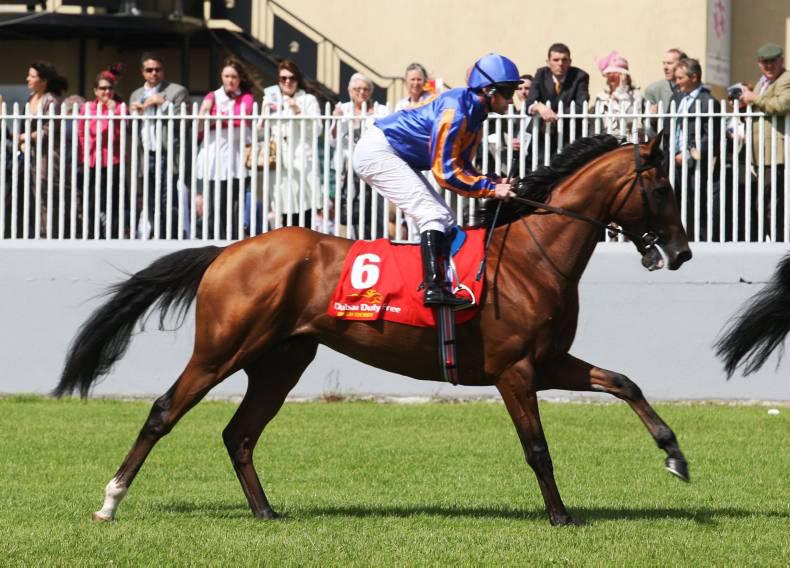 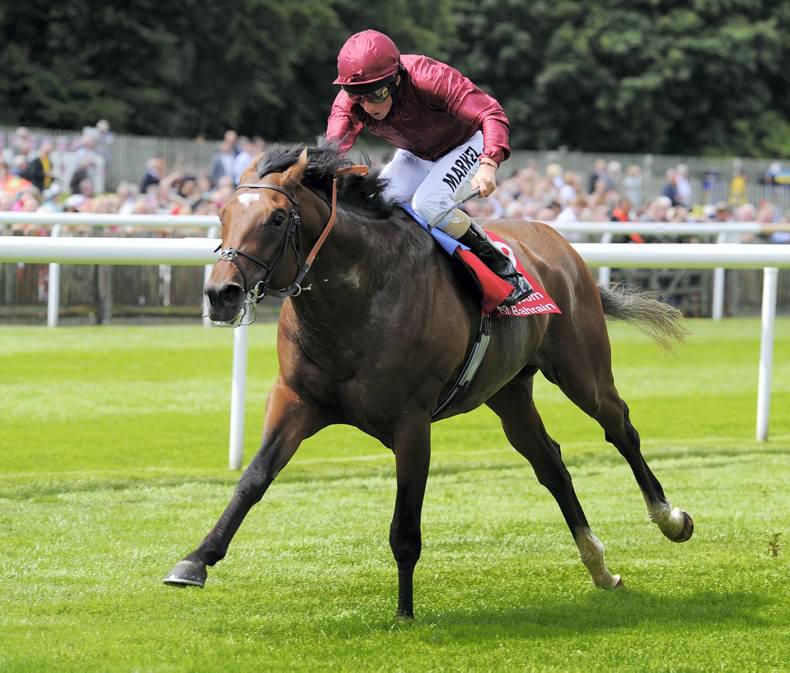