Title: Is your horse deprived of sleep? 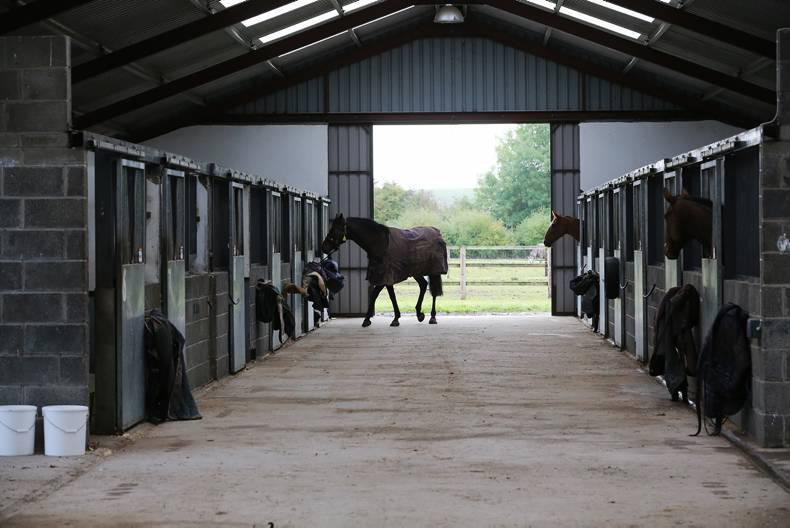 Sleep deprivation in horses can be caused by the loss of a companion (photo: carolinenorris.ie)

SLEEP deprivation, although studied extensively in humans, is a condition not commonly acknowledged in horses. Yet it is one that can have significant impact on the health and well-being of your horse.

Joseph J. Bertone, Professor of equine medicine at Western University of Health Sciences, California, has documented over 423 cases of equine sleep deprivation in his career, collected both through the internet and in consultation.

Bertone says: “Sleep is an important restorative function essential to all mammals. It allows for the removal of brain cell waste products.” Thus it is important for the health of a horse that adequate sleep is obtained. Horses with sleep deprivation can have “undesirable attitudes and behaviours” and can be “unthrifty”. Bertone says: “those should be reasons enough to concern oneself with how horses rest.”

The equine sleep cycle is considerably different from our own. In horses, periods of sleep are far shorter. Bertone notes that equine sleep patterns are not diurnal, “meaning horses can go long periods without REM [sleep].”

Although requiring less than one hour of rapid eye movement (REM) or paradoxical sleep each day, this is the most important and rejuvenating type of sleep. In order to enter deep paradoxical sleep, horses must lie down on the ground and be recumbent. From his experience, Bertone estimates that clinical signs of sleep deprivation generally are obvious after two to four weeks in which the horse has been unable to enter this paradoxical sleep.

Bertone describes his first case of sleep deprivation as the most memorable that presented in 1984. A horse presented with severe weight loss, also exhibiting “drowsy, partial collapsing behaviour”. The horse had thick scars on the front of his fetlocks from contact with the ground whilst partially collapsing. On examination, Bertone and his students found the horse had large enteroliths (stones) in the colon. A wire-like metal fragment was also evident between the colon and diaphragm.

At the three-month recheck the horse had gained over 200lb. The collapsing behavior had ceased immediately at home and the scars were almost imperceptible. The owner also reported that the horse was frequently seen lying down.

Bertone theorised that “the welds [adhesions] of the colon to the diaphragm made it so painful to lie down without pulling that the horse simply refused to do so and hence developed sleep deprivation.”

In this case, it was a physical problem preventing the horse from lying down and obtaining adequate sleep that led to sleep deprivation behaviour. Other cases of sleep deprivation are caused by environmental changes which leave a horse unwilling or too stressed to lie down.

Bertone describes another case of sleep deprivation in a gelding that had lost his mare to colic. “Three weeks later he began developing the drowsy behaviour … in the video we see him standing outside his lost partner’s stall. He continually grabs the lower portion of the Dutch door with his mouth and pulls it open towards him,” Bertone said.

This horse’s sleep deprivation was resolved by the addition of a pony mare. Those two cases and many more like them show why this is not a physical or hormone-based narcolepsy as was thought in the past.

Vivienne Duggan (pictured below), a lecturer in equine medicine at the UCD veterinary school, recalls a recent case where she witnessed collapsing episodes in an older mare. The mare had not been seen by the owner lying down to sleep, and there were the characteristic wounds on the fetlocks. The sleep deprivation in this case was attributed to arthritis in several joints, preventing the mare from lying down. In this kind of case, Duggan advises: “there is not much you can do but treat the arthritis and be careful when handling them” as they may collapse unexpectedly.

Bertone says the most basic sign of equine sleep deprivation is when the horse has their “head dropping low with a drowsy appearance and they may proceed to partial collapse.” As outlined in the case above, scars and wounds may develop in front of the fetlock from collapsing in many cases.

For owners observing such behavior, Bertone proposes a simple diagnostic question: Does your horse lie down to roll? “If they lie down to roll, they can likely lie down to sleep” and he advises owners to “suspect a behavioural issue.” On the other hand “if they are never or very rarely seen lying down, then suspect a physical/mechanical issue.”

Bertone says it is important to consider recent changes in the horse’s environment that may be preventing the horse from sleeping due to “environmental discomfort.” He advises: “Think about mentally traumatic changes in stabling and husbandry that occurred two to four weeks before the behaviour began.” Geldings, in particular, may exhibit “aggression towards other geldings, impatience and other behaviours,” says Bertone. He advises owners to “provide a dominant mare” if a gelding is exhibiting sleep deprivation and if it is believed the horse can lie down.

Bertone refuses to define sleep deprivation behaviour as narcolepsy, saying he thinks it is best to “confront equine disease as relatively treatable” so as to maximise the horse’s prospects. “Narcolepsy in its broadest sense is daytime drowsiness and in the narrowest sense is a brain hormone immune system disorder.” He addss that “the confusion comes from labelling the clinical behaviour of sleep deprivation, caused by many environmental and pain issues, as ‘narcolepsy’.

“A veterinarian may look up narcolepsy in our relatively sleep-vacant literature and see that the horse needs to be treated as having brain disease. Hence, the behavioral, environmental, pain and many other issues are overlooked.” As a result of the ‘narcolepsy’ diagnosis, Bertone says it would be easy to “decide the horse is untreatable, unusable and should be euthanised.”

In addition, “many of our textbooks profess to diagnose narcolepsy based on a test that is only applicable to a dog’s unique type of narcolepsy. That test has little to do with human or equine narcolepsy.” These same citations often “recommend a drug for treatment that has been determined to be relatively ineffective in people with the condition.” In many cases with sleep deprivation behaviour, the problem can often be resolved through a change in environment as simple as “a bigger stall, a change in bedding, or a new sentinel horse to watch over them,” says Bertone.

Sleep deprivation in horses is still a relatively poorly understood condition. Bertone estimates that only “30% of veterinarians acknowledge that they’ve seen these cases.” Nevertheless it can be a serious condition: “Some [horses] are euthanised due to the severity of self-inflicted trauma and due to appearance of suffering.”