Just one final step...
You must confirm your email address by clicking on the link we’ve sent to your email address.
You are only one short step away from reading 5 free Field+ articles.
Irish show jumping team nominated for RTÉ Sport Team of the Year award

THE senior Irish show jumping team have been nominated for the RTÉ Sport Team of the Year for 2019.

Their nomination comes of the back of the winning performance at the FEI Nations Cup Final in Barcelona, qualifying a show jumping team for the Olympic Games for the first time since Athens 2004.

The Irish show jumping team won the prestigious award in 2017 after claiming the team gold medal at the FEI European Championships in Gothenburg.

Dublin made history in September, winning an unprecedented fifth All-Ireland title in-a-row. After two epic final encounters with rivals Kerry, the Dubs have now taken their place as one of the greatest teams ever.

The Dublin ladies capped a remarkable weekend for GAA in the county by claiming their third All-Ireland Senior Championship in-a-row. A record crowd of 56,114 watched Dublin beat Galway in testing conditions.

Dundalk continued their era of dominance of Irish soccer with a domestic double, securing the League Cup and Premier Division title.

Galway won a first O’Duffy Cup since 2013 in a free scoring final to beat Kilkenny by six points. The Tribeswomen also claimed the League title earlier in the year.

The Irish Women’s Hockey team qualified for the 2020 Olympics following the most dramatic of finishes against Canada in front of a record crowd for a women’s international team event in Ireland. The shoot-out win guaranteed a first women’s hockey team appearance at the Olympic Games.

Tiger Roll raced into the history books as he became the first horse since Red Rum to win back-to-back renewals of the Grand National at Aintree. The Gigginstown owned horse is trained by Gordon Elliott, with Davy Russell in the saddle.

Free-scoring Tipperary put on a dominant display against old rivals Kilkenny to claim a third Liam McCarthy this decade, beating the Cats by 14 points in the All-Ireland decider. 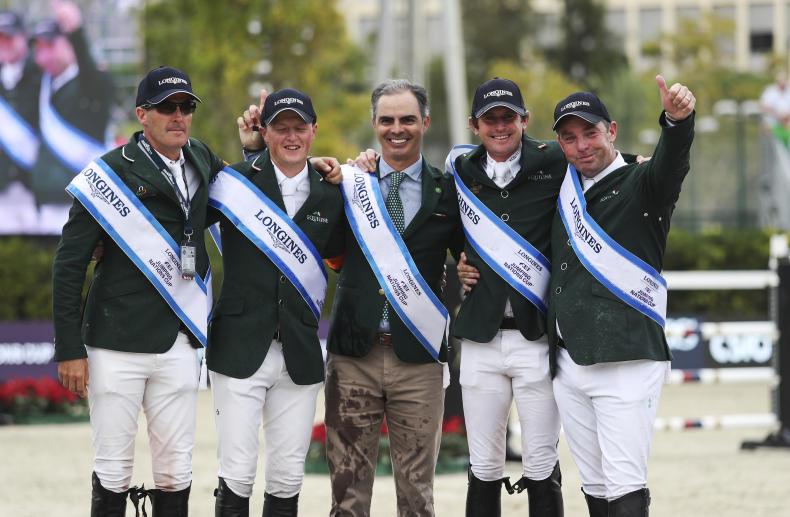