Crossing some great old-fashioned country, the Suir Vale Harriers have build up a loyal membership 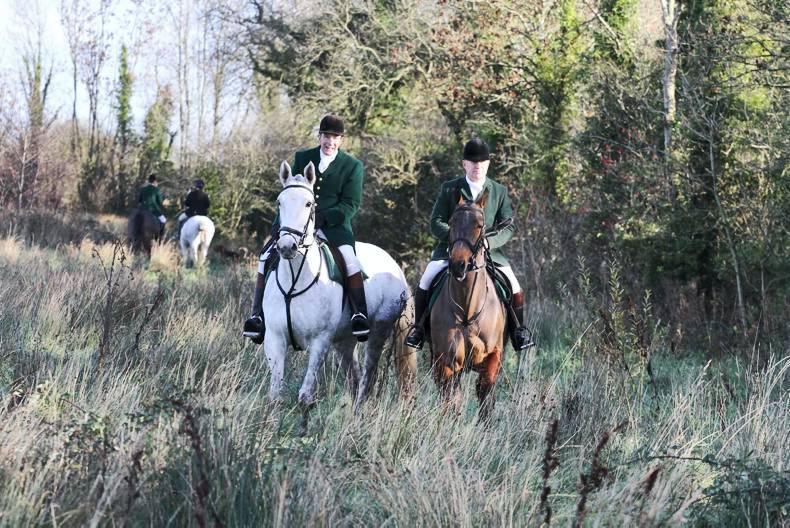 Founded in 1992 by the present master and huntsman, Seamus O’Dwyer, they share country with the Golden Vale Foxhounds. This country, which runs from the Devil’s Bit to Horse And Jockey, was once hunted by the Thurles and Kilshane Harriers, based in Thomastown, Co Tipperary. The country was revived by the late Tim Hyde of Cashel who formed the Golden Vale Hunt. Tim had won the last peacetime Grand National on Workman in 1939. From the Golden Vale Hunt, the Suir Vale Harriers was formed and recognised and registered in 1992.