Just one final step...
You must confirm your email address by clicking on the link we’ve sent to your email address.
You are only one short step away from reading 5 free Field+ articles.
HARNESS RACING: Ultimo is the ultimate for Wallace

HARNESS RACING: Ultimo is the ultimate for Wallace
By Dan Carlin on 13 October 2017
Ultimo d'Orville and Bath Lane were two of the highlights last weekend at Portmarnock where Alan Wallace had a four-timer and Aidan Caffrey had a fitting winner

ALAN Wallace gets very fond of his top campaigners. Right from the days of Newtown Rascal, End Of All and RB Greystar, the Cloghran-based trainer speaks in a reverential way about his champions. Like all horsemen, he has had to try a good few average animals for every decent one.

The nine-year-old Trotteur Français Ultimo d’Orville is currently the apple of Wallace’s eye, and proved his worth yet again with a hard-earned win in the top grade trot at Portmarnock last Sunday.

The mighty Meadowbranch yard were double-handed in the contest. Best Of Burois, drawn one and with stable driver John Richardson was the one for money. JR tried to force the pace but Wallace never let the leader too far out of his sight.

Once Ultimo d’Ouville had beaten the Ballyboughal first string Noel Ryan came on the scene with their second runner, the mare Star De Fruitier. Ultimo kept pulling out more to give Wallace a sweet victory in a sharp 3.03.7 for one and a half miles.

“I told you at the start of the season he was the boss,” was his obviously pleased post-race comment. Alan jointly owns the winner with Rory Bridgette, a long standing patron of the yard.

Bath Lane made it four recent victories this time driven by the breeder’s grandson Joe Caffrey. “My granda’s horse, and trained in Meath,” stated Caffrey after racing. The old grandfather would be proud, but maybe not overly keen about the Meath reference.

The gelding’s full-sister Shesgotanattitude was second in this top grade pace under John Richardson. 2.00.9 off a 70-yard trail is a big run by the winner.

The grade C drivers’ championship seems popular with the paying public and never fails to serve up full-blooded sport. This week it was Aidan Caffrey’s turn (he is a cousin of the aforementioned Joe) to break his duck.

He drove Newtown Major for Alan Wallace as he helps out in the Wallace yard. Meadowbranch Milli and Shannon Flanagan gave their all as usual, yet had to settle for second.

Aidan’s father, Peter, literally built much of the old Portmarnock and his mother Helen and the family still live in the imposing house across the back straight. Track commentator Mick Dempsey coined the phrase “Peter’s paddock” – which brings back many memories of the Richardsons and that dry Dublin wit.

The C Class series is heating up with the climax planned for October 22nd. After Sunday’s bout Marcus McAleer leads on 24 points from Aidan Caffrey on 18 points with Jonathan Cowden in third on 16 points.

Newtown Amber driven by the trainer instigated a training four-timer for Alan Wallace in the G and G1 pace, a welcome pick up in fortunes as the string were quiet over some of the recent big meetings. The runner-up Newtown Terror (Stephen Wallace) will not be a maiden for much longer. The likeable chesnut Balarou Des Iles looked a bit fractious behind the gate of the B to D trot but Alan Wallace used all his guile to settle him. Once he got away trotting, the pair looked ominously good. The Cork-trained but Kane driven Balarou De La Fye led for most of this, but Wallace always seemed to have his measure.

The in-form Mooreside Stud are currently harnessing plenty of runners to such an extent that “the daddy of them all”, Ger Kane had to dust off his colours on Sunday to sit behind a couple of his beloved square goers.

The driving arrangements rang true as son Sean won the D to F trot with the Coreys’ Amitie Briangault but endured a horrible trip aboard Soir De Printemps who made out of character breaks all over the place. “Soir’s” misdemeanours were in the clockwise trot, which went to cousin Patrick junior who came late to nail long-time leader Record Dream (A Malone).

Navan-owned Maximus Lad put any memories of his fall at Annaghmore out of his mind to justify favouritism in the E and F pace, a double for Kane junior on the day. The Cooley runner Just Cam was also well backed but failed to fire.

There was a pleasant diversion when Cathal and David, two of the hardworking barmen at the track staged a challenge match in aid of Aoibheann’s Pink Tie, a cancer charity.

The two men drove in two-seater training carts accompanied by Sean Kane and Billy Roche respectively. Pandercrombie and Meadowbranch Roman were cheered on like it was the VDM final, with the latter running out a clear winner.

Next Sunday will feature a €1,000 to the winner heats and final competition sponsored by the Track Bar. Racing starts at 2pm. Access the track from Champions bar, Balgriffin or Kinsealy Chapel. 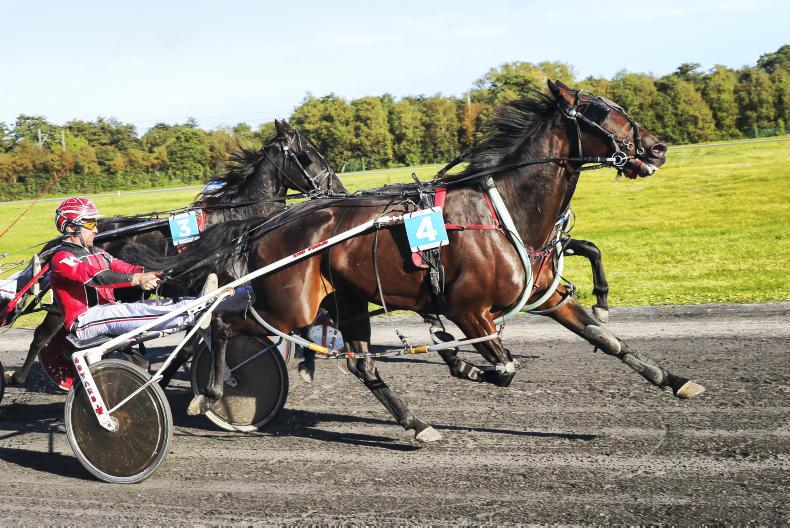 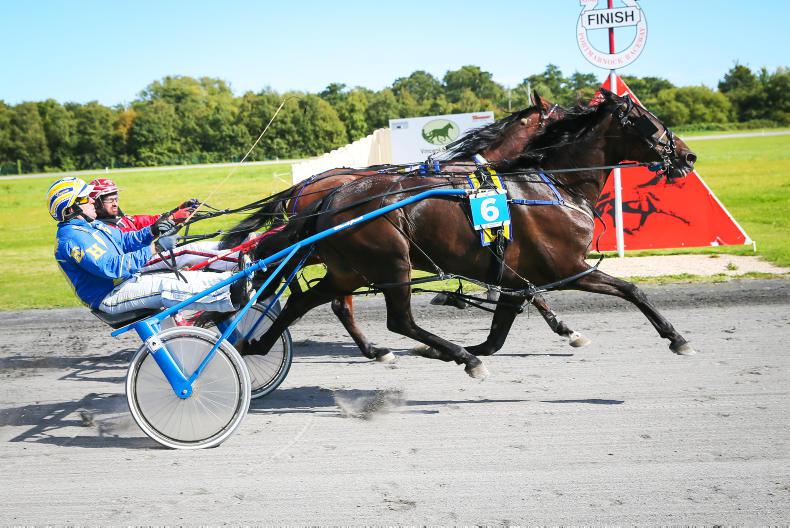 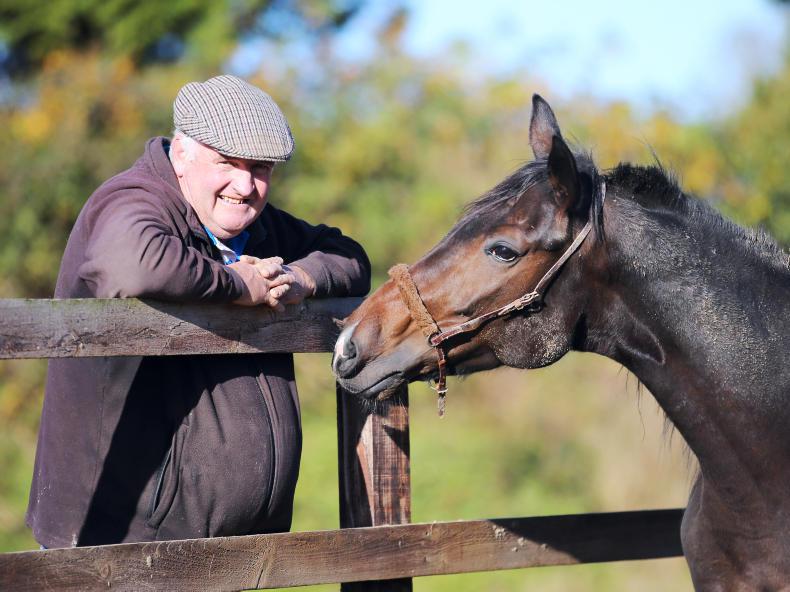 Inside Racing
HARNESS RACING: Kane team spread their wings
By Irish Field Contributor on 11 April 2017
More in Inside Racing
Racing FREE
QUIZ: Can you name the top 20 flat jockeys in both Ireland and Britain in 2019?
Racing Field +
FEATURE: Kennedy clan keen to kick on again
Racing Field +
SIMON ROWLANDS: Rowlands' three to follow
Classifieds
Place ad
Get full unlimited access to our content and archive.
Subscribe to The Irish Field
Unlimited access to The Irish Field via your computer, mobile device, tablet or newspaper delivered to your door.
Subscribe now +
Already a subscriber? Sign in