Title: FEATURE: What goes on inside the stewards' room? 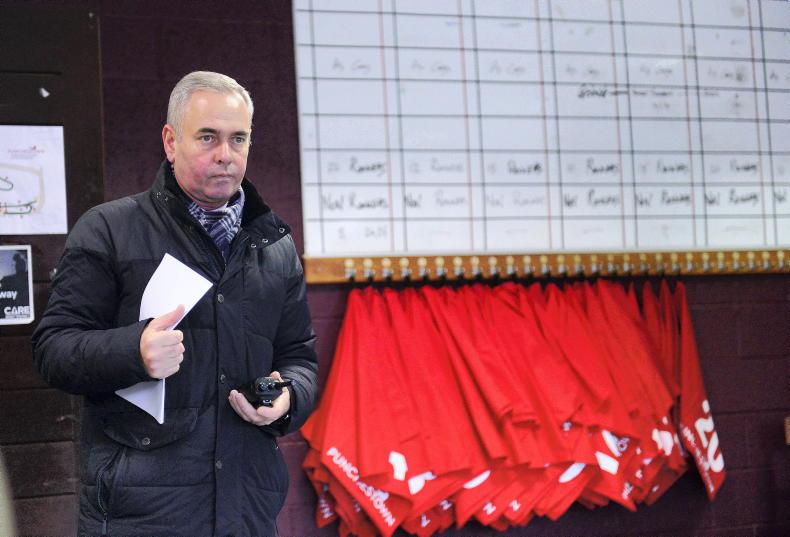 Peter Matthews, head of stewarding with the IHRB 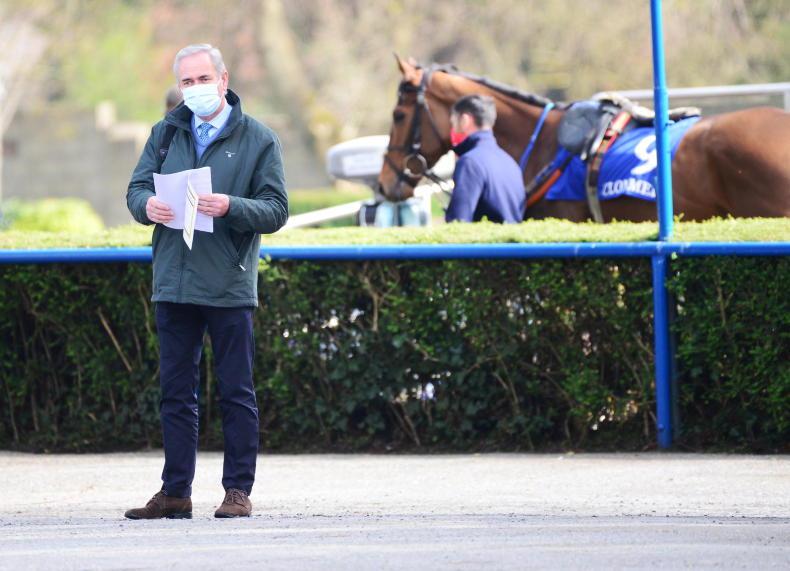 Peter on duty at Clonmel earlier this year
Previous Next

AT a recent Leopardstown meeting I had the pleasure of being granted access to the stewards’ room where all the big decisions are made.

It was a great experience to get this insight, and plenty was learned from the day. Peter Matthews, the head of stewarding at the Irish Horseracing Regulatory Board, HRB answered all my questions and was very good with his time.

Niall Cronin, the IHRB communications manager, was also very helpful in giving me an insight into the weighing room procedures after a race.

Matthews, who has been head of stewarding at the IHRB (formerly the Turf Club) since 1999, said: “I am actually from a racing family; my father was a jockey for a long number of years and then he was training horses, so I was always interested in racing, and going racing, from the time I could walk.

“He used to bring me along when he was riding, and I started off my first job in the Turf Club offices, so I spent a few years there.

“I gradually came out on to the field, as we call it, and started from the bottom, and I worked my way up. It is a very enjoyable job.”

Peter told me that the acting stewards, who volunteer each raceday, come from all walks of life. The stewards in Leopardstown that day were Mary Cosgrave (a recently retired semi-state official and daughter of former Taoiseach Liam Cosgrave), Mr Justice Tony Hunt (High Court judge), Charles O’Reilly (businessman) and John Murphy (farmer).

In these days of social distancing, they all sat at different tables across the room facing a number of televisions which showed each race from different angles.

The stewards can also request the TV director to rewind and replay incidents for them.

Matthews said: “My working day really starts when I wake up because I am there to take phone calls about things that might happen later in the day.

“There could be a problem with a horse running or not running, or riders, or whatever might be the case.

“We arrive at the track two and a half hours before the first race. Today, for example, we had a problem with a horse’s markings. The markings on his passport did not match up with the horse in the stable yard so that horse had to be withdrawn.

“The vet came up to report that to us and we looked at the different rules in relation to that. It so happens that the horse was not allowed run, so he was withdrawn.”

“Pressure is for tyres and, as Jim Bolger would say, pressure is what turns coal into diamonds,” said Matthews jokingly.

“Obviously you know you have the eyes of the world looking at you as today’s racing is going to go out around the world. But it is more pressure when you have the high-profile horses where everybody is watching and then obviously you are in here and you have to take the evidence from all the participants that are involved and try weighing it up.

“Some people disagree and some people agree and there is the option of appealing decisions of the stewards as well.”

There is pressure to deliver a verdict well before the next race. Tony Hunt explained: “People on the outside don’t recognise that, by the time jockeys are got together and he have the enquiry, we could have as little as 10 minutes to consider everything and make a decision. It can be quite pressurised.”

It is very rare that an enquiry runs into the next race, but it has happened. However, the stewards try to avoid it because it causes a great inconvenience to other people.

Asked how stewards make their decisions, Matthews started by explaining how the stewards police the use of the whip.

“But in relation to the number of times a jockey can use the whip in the normal circumstances of a race, he is allowed use his whip eight times with his hands off the reins. If he is holding the rein we don’t count that as a hit.

“So we review the film after the race to see if a jockey has gone over eight hits, in which case we will have an enquiry. Provided we are satisfied that there was no exceptional circumstances for him to do otherwise, he would be found in breach of the rule. Then we would look at his record and decide later whether we are going to caution him or suspend him.

“In relation to interference, we look at the replays of the race and we decide if there was any interference. What we are looking at is if the result was affected. Then a stewards’ enquiry would be called.

“We have the enquiry then and hear the evidence from all the riders and then decide if it warrants a change to the result.

“Each angle is reviewed into the incident, we hear the evidence from the jockeys then we decide does the result have to be changed. There may also be a riding offence involved, if the jockey was careless or dangerous.

“If it was dangerous riding the horse is automatically disqualified by the stewards and obviously it would be a severe penalty for the rider. For careless riding, if the rider has a clean record it is a help but if he is continuously causing interference his penalty increases.”

The 2012 Matron Stakes at Leopardstown led to the most controversial stewards’ enquiry Matthews has been involved in to-date. Duntle was first past the post in the Group 1 race, defeating Chachamaidee by a short head. The stewards reversed the placings.

“Some people say we made the right call, others say it was the wrong decision. The winning distance in Duntle’s race was very small.”

Matthews is very happy with how the stewarding is run in Ireland and believe they do as good a job as any other stewards in the world.

“In my own opinion the stewards in Ireland do a great job. It is high-class racing, recognised the world over. We run a good ship here and you will hear all the arguments for professional stewards and all that. The people here do as good a job as any professionals anywhere and I have been all over the world.

“We have had some leading riders come over here and say that we have a great and very fair system. Everybody gets treated the same. We are always trying to improve things. There was interference in some races here on Champions Weekend and now we are trialling a false rail. We are always open to try different things.”