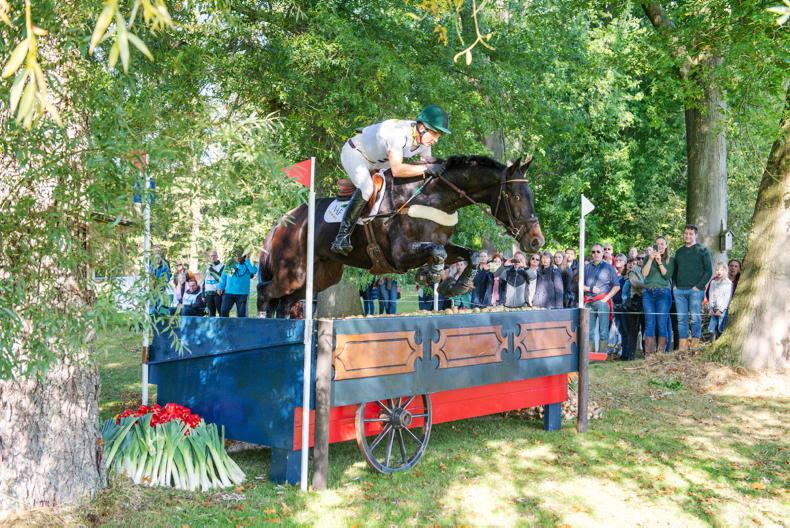 Ireland were in sixth place after dressage and moved up one place to fifth after Saturday’s cross- country and remained in fifth after the show jumping phase on a final score of 162.7.