There were doubles, dead-heats and follow-up wins for Station Closed and Fiesole, and Sandra Hughes had her final runner 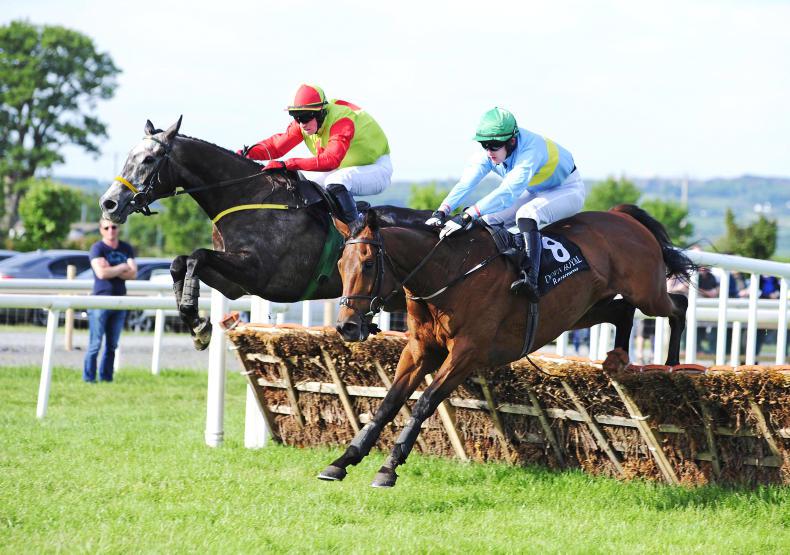 All's Quiet and Luke McGuinness (near) and Silken Thomas with Jonathan Moore clear the final hurdle before going on to share a dead-heat at the finish PHOTO: healyracing.ie 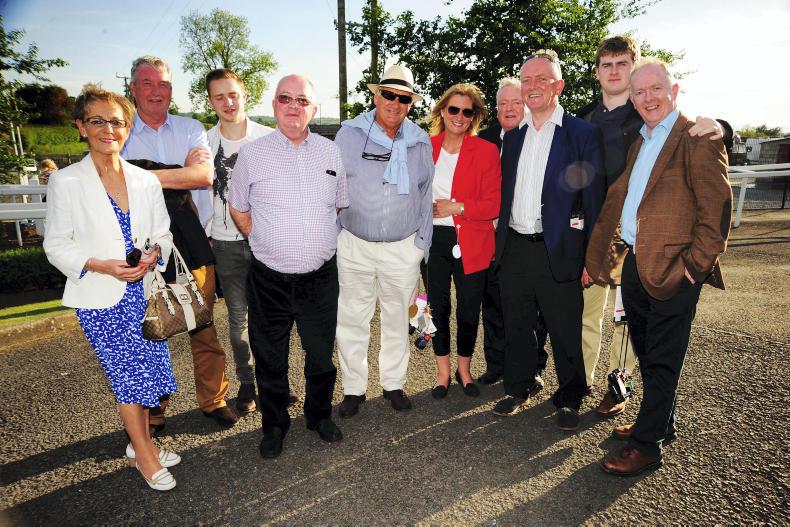 Trainer Sandra Hughes (red jacket) and mother Eileen (left) with some of the r Slaneyville Syndicate, owners of Sheamus, her final runner as a trainer. Photo HEALY RACING.
Previous Next

A PAIR of victories at Down Royal sent Paul Townend into an early lead in the National Hunt Jockeys Championship.

He partnered The Jazz Singer (10/1) on his first start over fences in the Barclay 20th Anniversary Rated Novice Chase and it was a fruitful expedition as the Tobougg gelding enjoyed a four-length verdict.