Pat Healy of healyracing.ie captured some memorial scenes from the Breeders' Cup in Del Mar 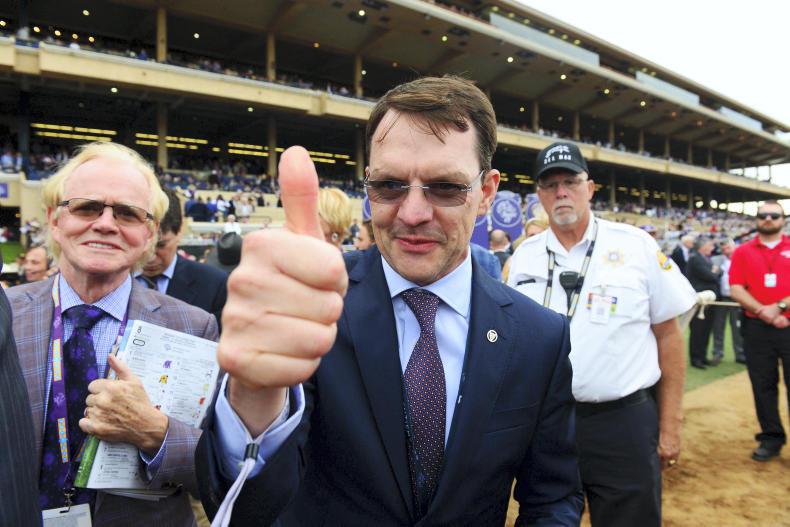 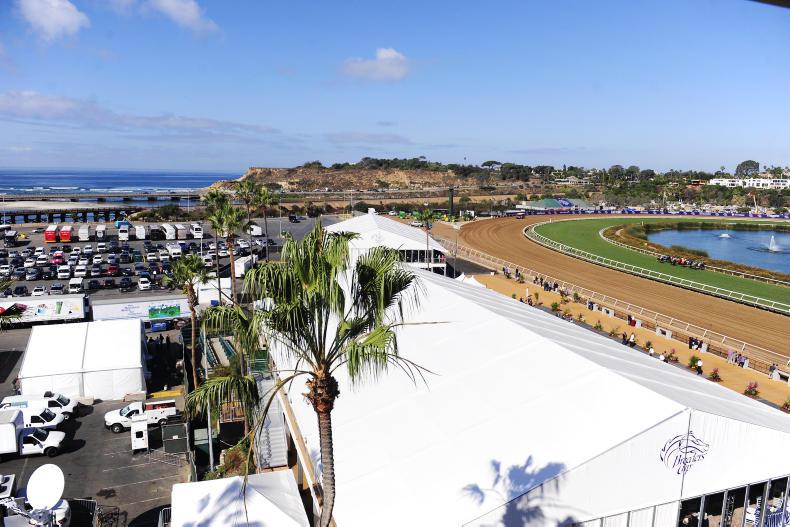 "Where the turf meets the surf!" A view of the Del Mar track with the Pacific ocean beside it (Photo: healyracing.ie) 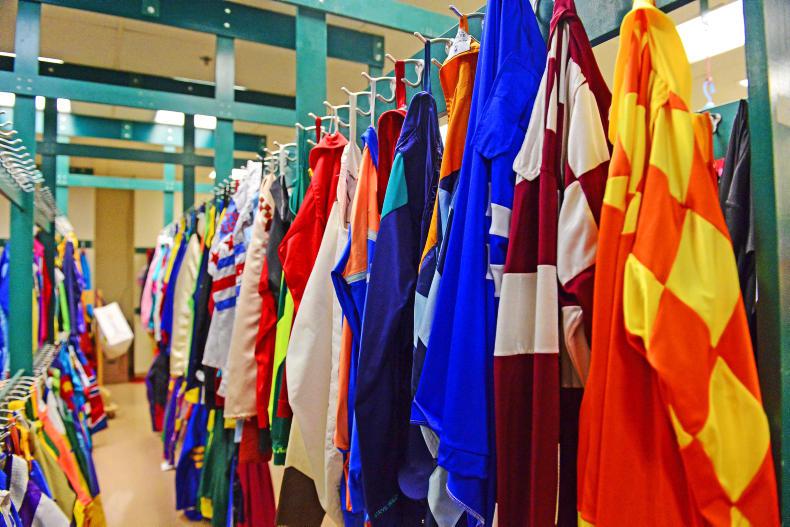 A view of the jockeys room on day two of the Breeders' Cup meeting showing the riders silks (Photo: healyracing.ie) 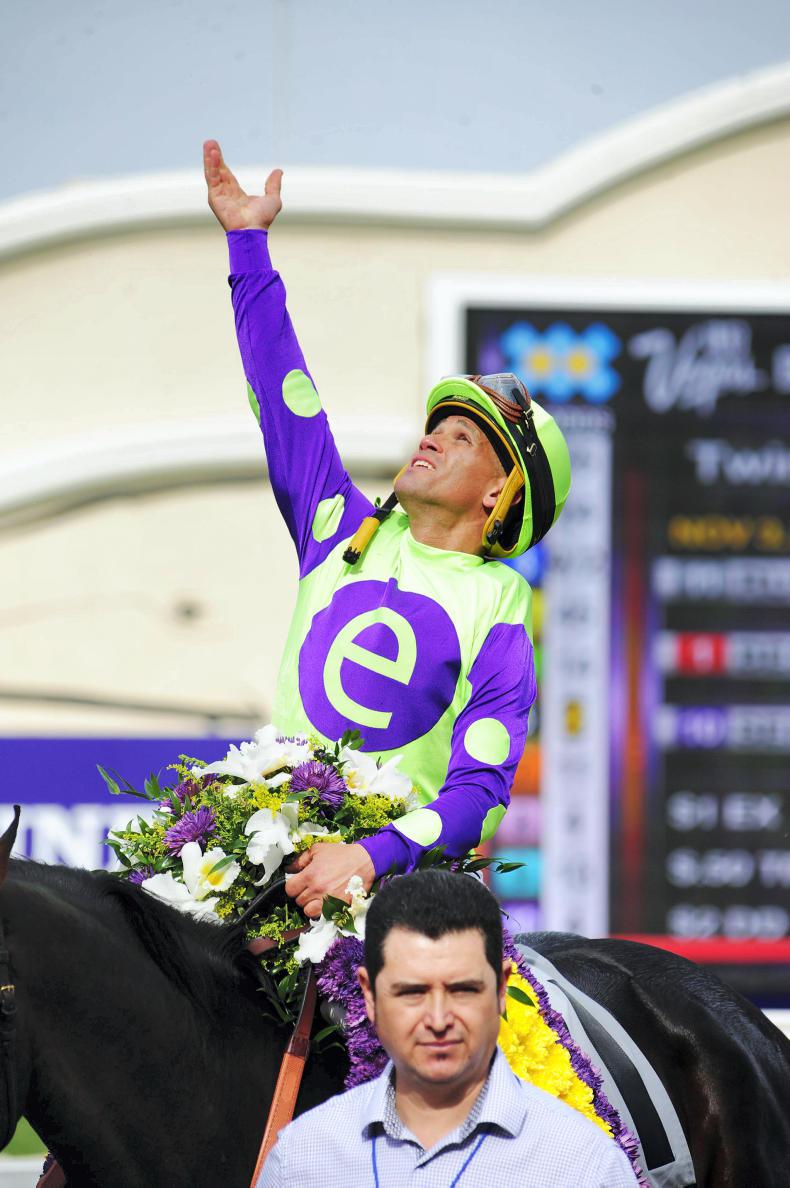 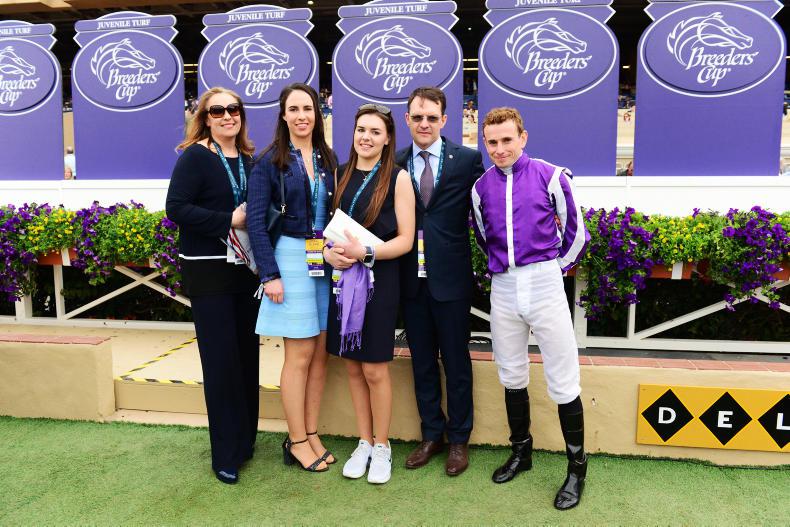 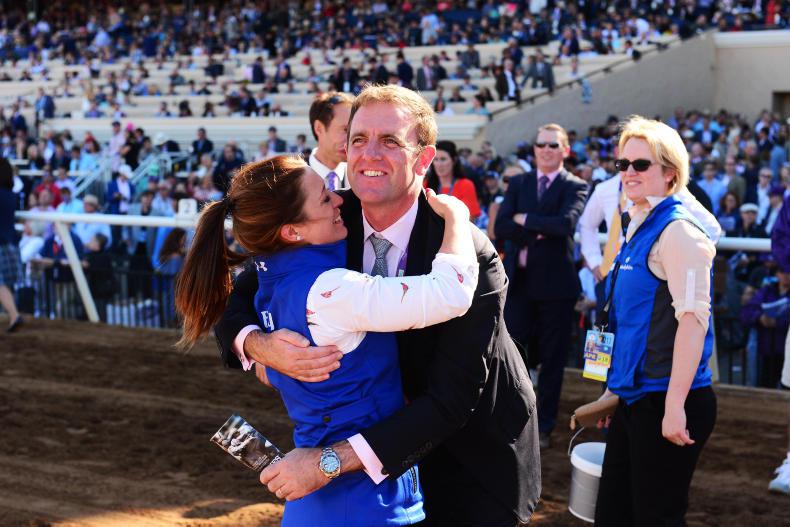 Charlie Appleby gives groom Kirsty Milczarek a hug as the celebrate after their win at Del Mar (Photo: healyracing.ie) 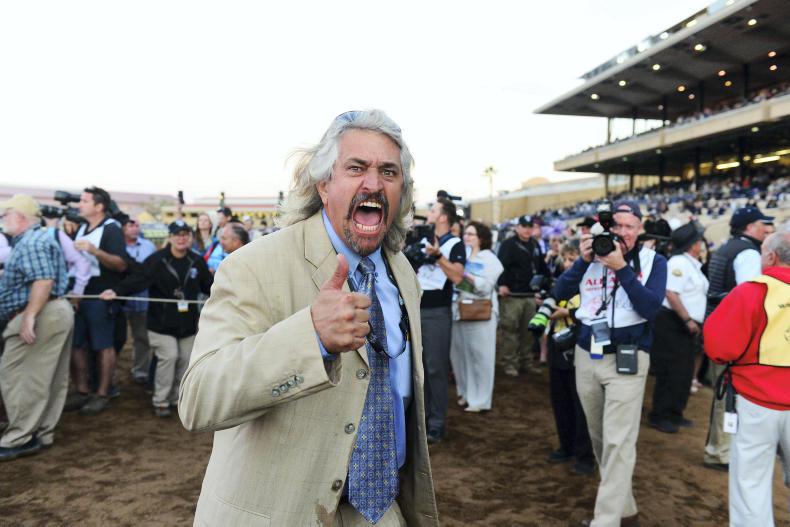 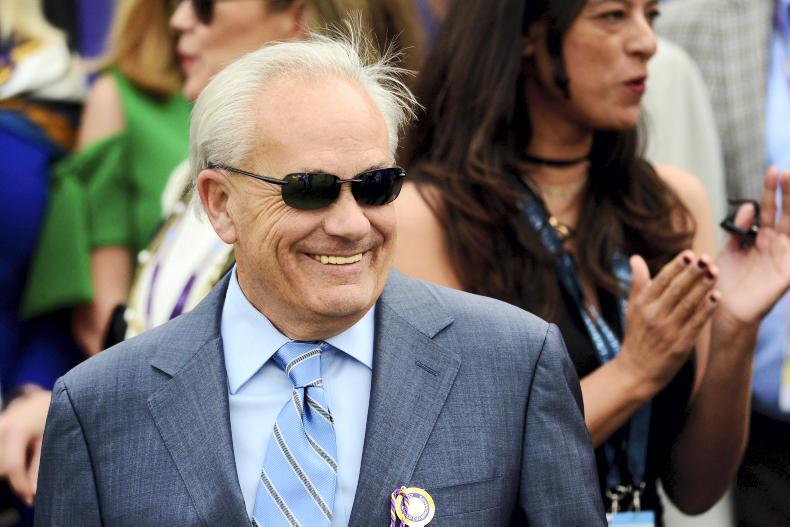 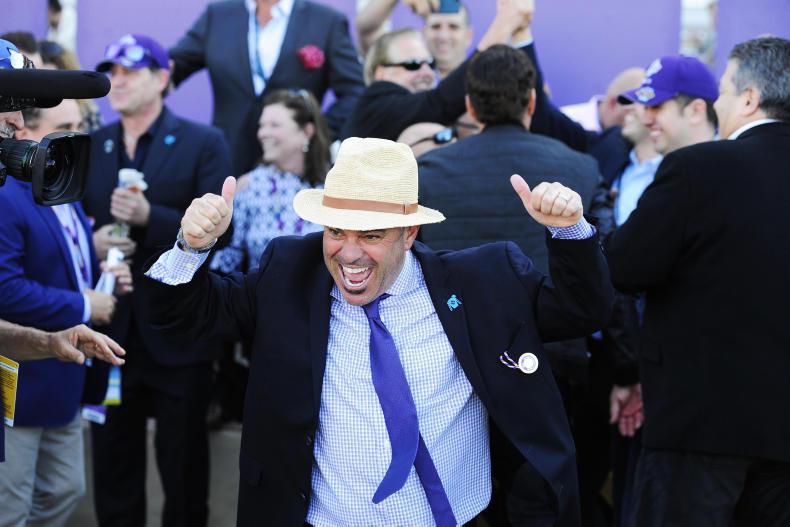 Trainer Peter Miller celebrates after Roy H landed him a double on the card (Photo: healyracing.ie) 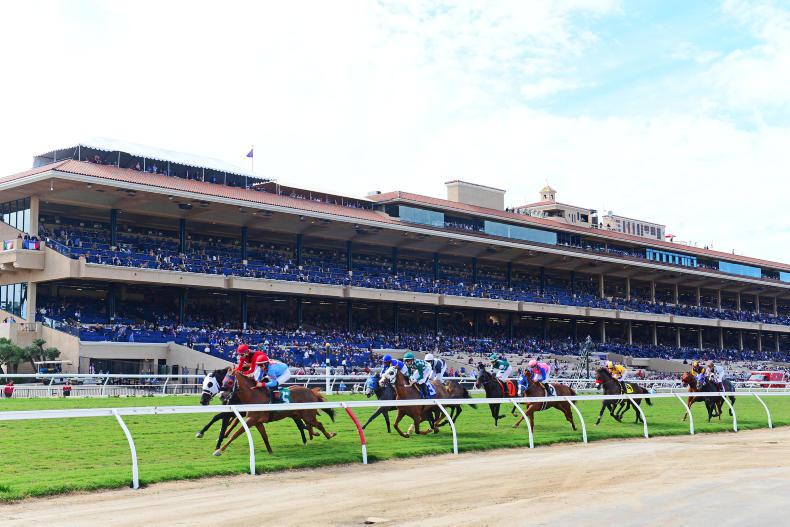 Action from the opening day of the Breeders Cup at the Californian track (Photo: healyracing.ie) 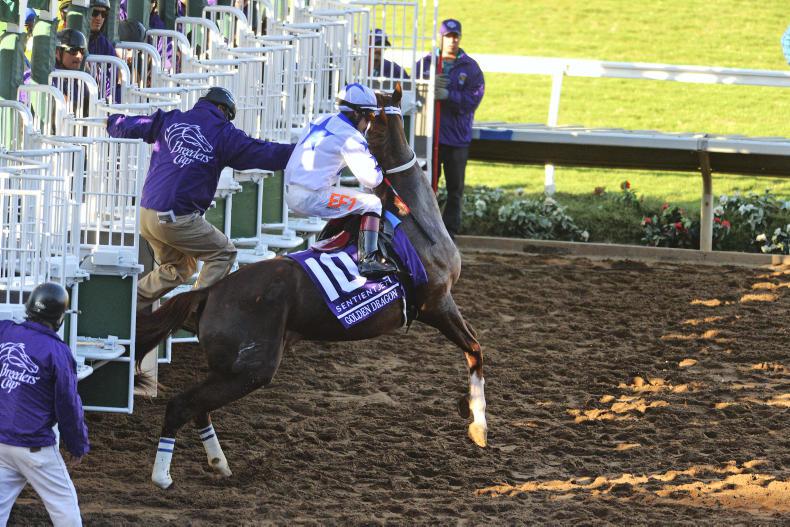 Golden Dragon and Evin Roman break through the stalls with the handler holding on (Photo: healyracing.ie) 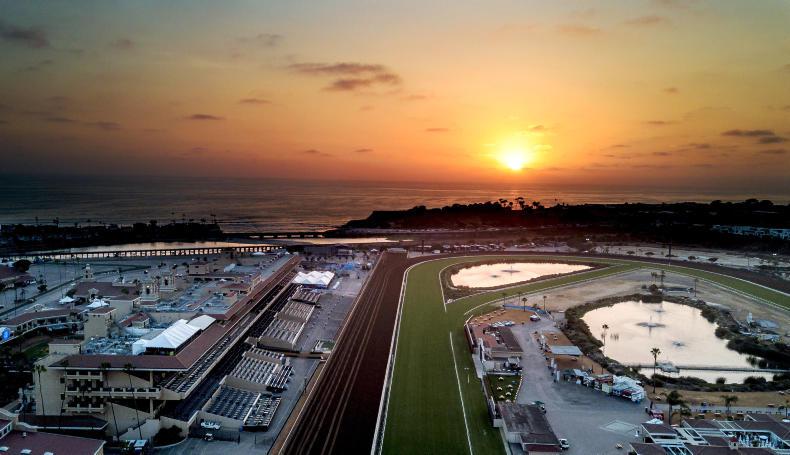 A view of the track at Del Mar as the sun sets on the scenic racecourse venue (Photo: healyracing.ie)
Previous Next "Where the turf meets the surf!" A view of the Del Mar track with the Pacific ocean beside it