Title: DAMMA HOUSE SUNDAY: Its All Guesswork has the answer 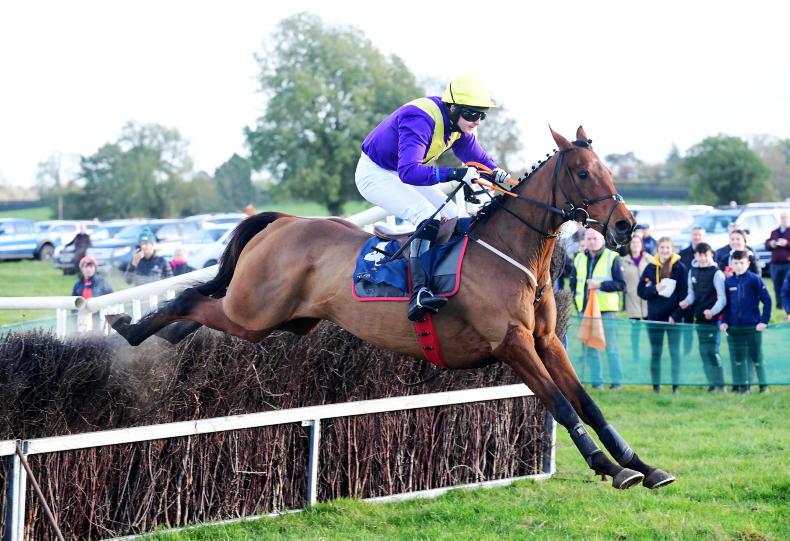 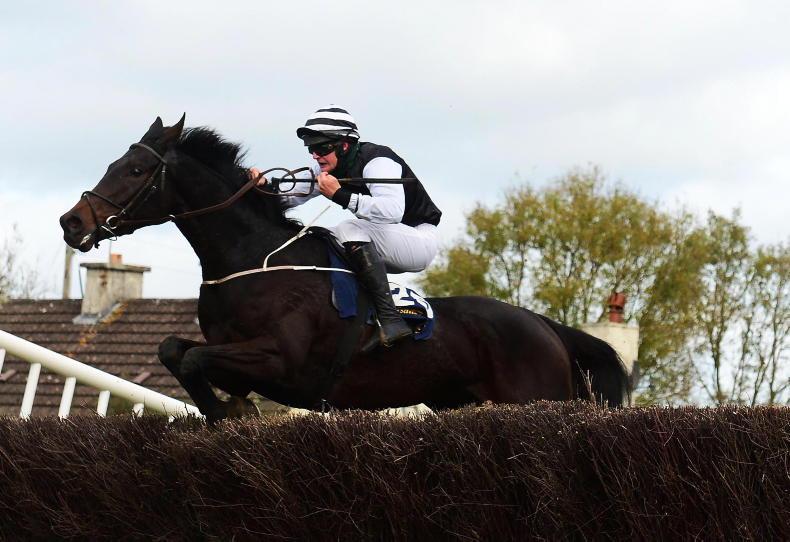 However, neither of those rivals could live with Its All Guesswork (5/2 - 3/1) who won easily for Aubrey McMahon and Gordon Elliott, a victory that initiated a double on the card for the latter.

The winner, carrying the colours of Aubrey’s father Luke, was given a patient ride by McMahon before he hit the front on the turn for home and ended up scoring by a wide margin from the aforementioned Solomn Grundy.

Brain Power looked booked for second when he came down at the last.

“I felt I was unlucky on him three weeks ago at Umma House, when my stirrups snapped off the saddle. Obviously that far out you never know if you would’ve won but I was happy and I think with that performance today, you can safely say that he would’ve won the last day,” commented the winning rider.

“He owes nobody anything. You’d hope that the dream might be, if he was in one piece, to get to Cheltenham and walk out of the weigh-room in Cheltenham!”

Elliott completed his double in the concluding older geldings’ maiden with The Creaden Rogue (5/4 - 6/4) a success which also completed a double on the card for Barry O’Neill.

The Creaden Rogue was unlucky when making a race-ending mistake last time out at Tinahely and he duly made amends here. Carrying the colours of James Power, the son of Scorpion stayed on well to beat the Stephen McConville-trained Hollybank King by 14 lengths.

“He did it very easy. He was going very well the last day in Tinahely when he made a very bad mistake and I pulled him up, but I fancied him today and he won very snugly,” said the winning rider.

O’Neill had initiated his double when he steered the Colin-Bowe trained, Croi Corcra (2/1) to a two-and-a-half-length success over the recent Umma House scorer, Beyond Redemption.

The daughter of Soldier Of Fortune had got off the mark at Grennan on the final day of last season and she doubled her tally here.

Bowe said of the P.J Fortune-owned winner: “She’s a grand, little gutsy thing. Barry just said that she appreciates good ground and a tight track. She’ll probably go for another winners’ race and then head for a bumper.”

COLONEL Harry looked like he was set to put up the performance of the day in the opening division of the four-year-old geldings’ maiden but he unfortunately came down at the last, leaving the way clear for Rexem (5/1) to score for Shane O’Rourke and John Berry.

Carrying the colours of Berry’s wife Shirley, the winner was making his debut here and he managed to beat the much more experienced Heritier De Sivola by six lengths.

“I suppose we were a little bit lucky! When a horse goes out in front like that, the jockeys are a bit afraid to take them on so Shane said that he’d let him off a bit. He probably wouldn’t have caught him but he was game until the line. I was expecting a big run today, he’s a decent little horse.

The second division of the four-year-old geldings’ maiden went the way of Sporting Mike (2/1 - 3/1) for Brian Lawless and Matthew Flynn O’Connor who incidentally won the corresponding race on last year’s card with Up For Parol.

The son of Walk In The Park was carrying the colours of the winning handler and he just got up in the shadows of the post to deny the Andrew Latta-trained debutant Everyonesgame by a head.

“He’s a nice horse by Walk In The Park. We gave him a run last year in Tipperary and it turned out to be a good race. The second horse that day has since won a couple of bumpers in England and we weren’t far behind him.

“He was green that day and has come on a lot since. We liked him coming here and he’ll head to the sales now,” commented Flynn O’Connor.

Transprint gets his turn at last

RICHARD O’Keeffe and Tony Doyle combined in the five-year-old geldings’ maiden to score with Transprint (8/1 - 10/1). The winner, owned by the winning handler, was making his second start here after pulling up at Cork in the spring.

The son of Trans Island won by a length from the John Nallen-trained debutant, Minella Zoom, giving Doyle his first success in the saddle in the process.

“We couldn’t get a proper run with him last year with the way things were. He just took a bit of time and he’s a better horse this year. Hopefully he’ll go on and win a winners-of-one now somewhere,” said the winning handler/owner.

John Walsh’s first and only runner of the season so far was a winning one when Westie Rose (4/1 - 5/1) scored on her debut in the mares’ maiden, in the hands of Barry Stone.

The daughter of Westerner was keen early but that didn’t stop her from winning easily in the end, highlighting her superiority over her rivals. The Martina Power-owned mare beat the Colin Bowe-trained Hay Girl by five lengths.

“She was a bit keen early, she just travelled too well through the whole race. I didn’t think that she was going to finish as well as she did but she jumped out of my hands at the last two.

“She would be a nice mare for hurdling in England,” said the winning rider.

Colonel Harry (P.J.O. Farrell): The newcomer son of Shirocco set ferocious fractions throughout and he looked like he had the race in the bag when he came down at the last.