Mamba Noire could run in the Queen Mary at Royal Ascot; in-form Fozzy Stack trained another winner, A Little Bit Me 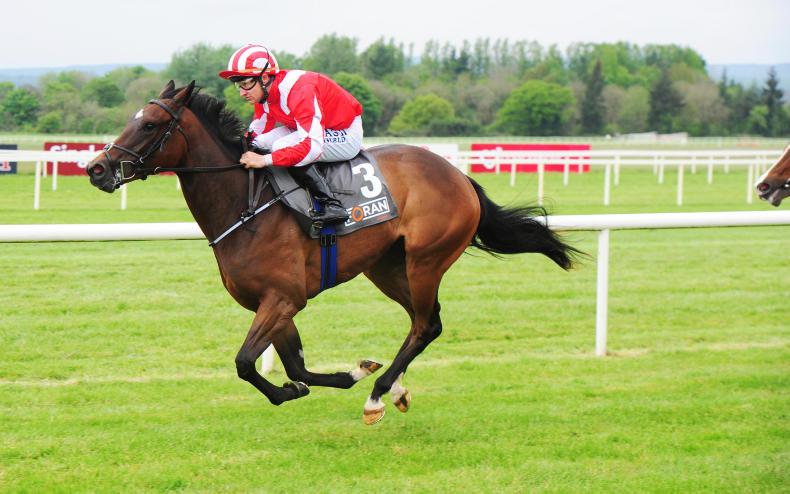 THERE was plenty of chat about Ken Condon’s newcomer Mamba Noire at Cork on Saturday and the Wootton Bassett filly, who was backed from 10/1 the previous evening into 6/1 last Saturday morning, lived up to the hype to put herself under consideration for the Queen Mary Stakes at Royal Ascot.

Sent off 2/1 favourite for the Foran Equine Irish EBF Auction Maiden, Mamba Noire was pushed out by Shane Foley inside the distance and driven out from there to account for Summerseat Mist, later found to be showing signs of being in season, by two lengths.

Condon, who trains this exciting juvenile for the Whitehead Family Partnership, looked as if a big weight had been lifted from his shoulders. He said: “She’s very good looking. Tom Whitehead of Powerstown Stud in Kilkenny bought her and he’s a good judge.

“The weather has been so dry for the last month to five weeks, I just didn’t get a chance to get her on grass and, even though there was money for her this morning, I thought she might just be lacking and was wondering whether she would be streetwise enough.

“As you saw, she has talent and plenty of natural pace and Shane said she was a bit green when she hit the front. He said she gave a good blow at the furlong pole, so I’m expecting a good bit of improvement from her and she’ll go to Naas next.”

Condon made a favourable comparison with her former stable-mate Newsletter who was third in the Queen Mary and reflected of Mamba Noire: “She has the attributes – she seems relaxed and has the physique. You’d hope she might be a Queen Mary filly and even if she’d been third today, I would have been happy, so you’d have to say it was a good performance.”

Delivering her challenge just outside the furlong marker, the four-year-old repelled the thrust of Art Nouvelle by a length. McCreey stated: “She’s after winning plenty of handicaps and her half-brother Larchmont Lad runs in the 2000 Guineas later on, so she could become a valuable filly.

“We’ll be chasing blacktype from now on. She’s improved a lot, but she’s as cute as a fox and when she hits the front, she thinks she’s finished. That’s as far as she wants.”

Tommy Hallinan brought the Curragh handler’s strike rate up to six winners in the previous seven days with his all the way one-length defeat of the favourite Harbour Beacon in the Cork Racecourse Rated Race.

With Billy Lee unable to do the weight, Declan McDonogh took over on this 5/1 winner, who was home-bred by his Co Waterford owner Micheal Ryan. McCreery commented: “When he had form on soft ground at the end of last year, you’d think he’d need it soft, but Declan said he loved the good to firm ground today. The minute he heard the other horse he took off again and did it well.”

It was the turn of another in-form trainer Fozzy Stack to collect in the www.corkracecourse.ie 45-65 Handicap with A Little Bit Me, who benefited from the application of first time blinkers to get off the mark on his second time in handicap company by three and a quarter lengths.

The 8/1 shot is owned by the three-way partnership of Tom Magnier, Carolyn Hyde and J.R. McDonald and her jockey Chris Hayes observed: “She probably ran better than it looked in Dundalk where she got a little bit lost in her first handicap but she finished the race quite strong.

“She’s genuine and I liked her attitude. It was Fozzy’s idea to put the blinkers on her and she galloped all the way to the line.”

There was a tight finish to the Mallow Maiden which went to the Ger Lyons-trained 9/10 favourite Sandstorming who shaded it by a head from Zabalan in the hands of Colin Keane. The four-year-old Zoffany gelding, carrying the colours of Sean Jones from Carrickmacross, was returning from a 336-day absence and the trainer’s brother Shane remarked: “He’s a horse that we needed to get away from home as soon as we could because he’s bone idle at home.

“He was as fit as we could get him without harming him, but he’ll come on bucket loads for it and has a bit of class. A mile and a half is his minimum.”

Coolcullen trainer Jim Bolger sent out a quick double through his wife Jackie’s 4/1 chance Vocal Response and Godolphin’s Treaty Of Vienna. Vocal Response staked his claim first when relishing the underfoot conditions in the Cork Handicap to come out on top under Rory Cleary by a head from Honor Oak

The trainer’s son-in-law Kevin Manning was aboard Irish Stallion Farms EBF Maiden scorer Treaty Of Vienna (6/4 joint favourite)who only had to be pushed out to hold the late effort of Tenth Amendment by a three and a half length margin. The other joint-favourite Diarist finished third.

“He came on a bit from his second in Gowran and the drop back to seven furlongs was a help,” said Flynn. “Kevin liked the way he quickened up and he’s a nice horse for the future. He’s still growing and developing and there should be more to come.”

Mademoiselle Penny captured the fifth race of her career for Pat Flynn and her owner Bill Foley when surviving a stewards’ enquiry into possible interference inside the final furlong to keep the Fermoy Apprentice 45-70 Handicap. The Robbie Downey-ridden 9/2 chance was a head too good for Alcander at the line and she, too, will contest another handicap. Favourite Ripped was fourth.

IT was disappointing that the €3 racecard on Saturday did not carry details of the 2000 Guineas at Newmarket, a race which surely everyone at the track was keen to follow.

SIMAFAR (R.P. McNamara): Having dwelt at the start of the mile handicap, he posted an encouraging effort on his first outing since last October when threading his way through the field to take second behind Vocal Response. 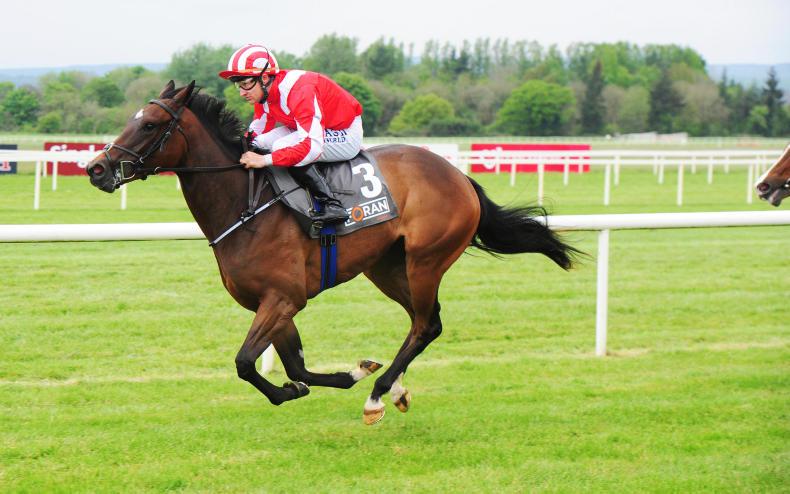 Irish Field Contributor
Ken Condon eyes Newmarket raid with Mamba Noire
Mamba Noire will have an entry in the Duchess of Cambridge Stakes in Newmarket on Friday, July 14th 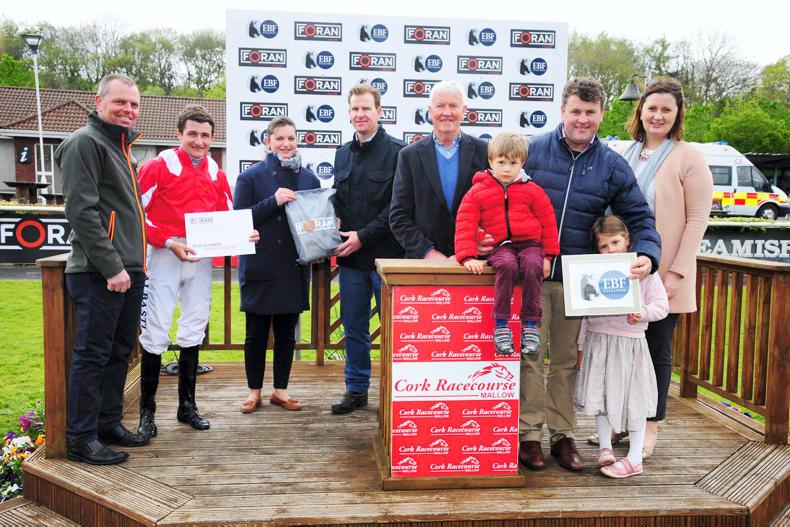