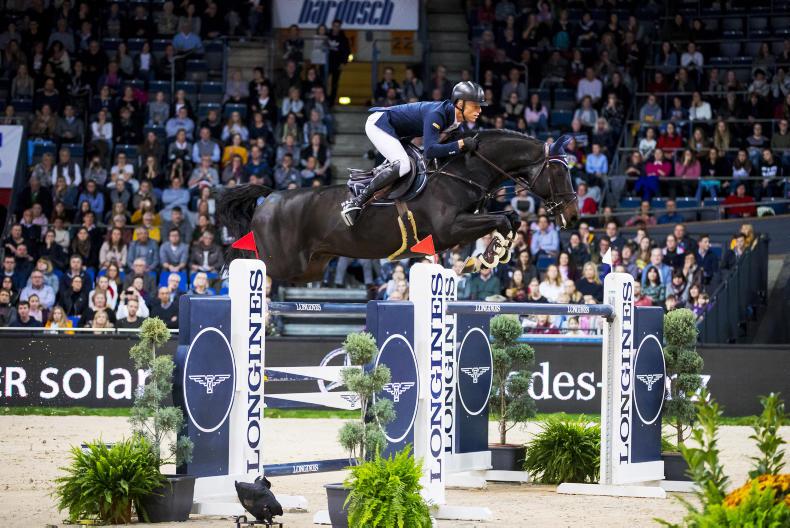 Produced by Austria’s Max Kühner, PSG Final was sold to Jan Tops in December and has just joined O’Connor’s team in the last week. The talented gelding jumped double clear at the 2018 FEI Nations Cup Final in Barcelona in October, and placed second in the FEI World Cup qualifier at Stuttgart in November, as an eight-year-old.

Speaking to The Irish Field this week, O’Connor said: “I have had my eye on him for a while, and only managed to secure him recently. I think he is an extraordinary talent. He has just turned nine years old and was produced very well by Max Kühner. In fact he was ridden as a young horse by Irishman Jonathan Gordon.

“This year he was clear in the Nations Cup final in Barcelona and second in the World Cup in Stuttgart and that’s when I really took notice of him. I am really excited about that horse. He’s is about 17hh, he’s a bit of a character and he’s got a nice amount of blood. He has very many similarities to Good Luck - he has a little bit more chilled out way of going perhaps, but the same extravagant jump.”

The gelding will be used this season as a back up to O’Connor’s other new mount, Irenice Horta, who placed seventh at the 2018 World Equestrian Games under Lorenzo de Luca, and will be aimed at the 2019 European Championships in Rotterdam, where Ireland will be hoping to secure an Olympic qualifying place.

See tomorrow’s The Irish Field for a full interview with Cian O’Connor on his plans for 2019 and beyond.