Just one final step...
You must confirm your email address by clicking on the link we’ve sent to your email address.
You are only one short step away from reading 5 free Field+ articles.
CHELTENHAM THURSDAY: Bryony Frost and Frodon make history

BRYONY Frost became the first woman to ride a Grade 1 winner over jumps at the Cheltenham Festival when Frodon produced a tremendous front-running performance in the Ryanair Chase.

Bryony Frost guides Frodon to glory to in the @Ryanair Chase#CheltenhamFestival pic.twitter.com/CsfGkHhAbV

Already a four-time winner at Prestbury Park, Frodon was a 9/2 chance stepping up the highest level, with trainer Paul Nicholls eventually deciding to run in this event rather that Friday’s Magners Gold Cup.

Seven-year-old Frodon went straight to the front and produced some prodigious leaps under a swashbuckling ride from Frost.

The challengers were queuing up from the home turn, but one by one Frodon saw them off – battling all the way up the famous hill to prevail by a length and a quarter.

The winning trainer said: "That is one of the best days ever. Frodon is a brilliant horse.

"That was awesome - I lost my voice a bit! It hasn't been easy to get him right and I knew he had to be 120 per cent.

Aso, trained by Venetia Williams, ran a fine race to fill the runner-up spot, ahead of Road To Respect in third.

Williams said: "We are just so thrilled with the horse. He jumped magnificently and it was a really strong race this year. I spent all last week trying to suggest the owners might like to run Frodon in the Gold Cup instead!"

Frost was already a Festival-winning rider, having landed the 2017 Foxhunter Chase as an amateur aboard the Nicholls-trained Pacha Du Polder.

She broke her Grade 1 duck later that year when steering Black Corton to success in the Kauto Star Novices’ Chase at Kempton on Boxing Day – emulating Lizzie Kelly, who became the first woman to ride a Grade 1 winner over fences on Tea For Two in the same race two years earlier.

Speaking after todays victory Frost said: “My god, he jumps and just at that minute when he got overtaken, most horses would quit, but he grabbed me by the hands and said, ‘don’t you dare give up, don’t you dare not send me into the last – I want this more than you, now come on, where are you’.

"Just look at what he’s done there – deny that he just loves racing. He’s unbelievable.

“He just made the dream come true, it’s just incredible. He will deserve every single high five, pat and carrot.”

Frost had steered Frodon to three previous wins at Cheltenham, as well as his victory in the Old Roan Chase at Aintree earlier this season. 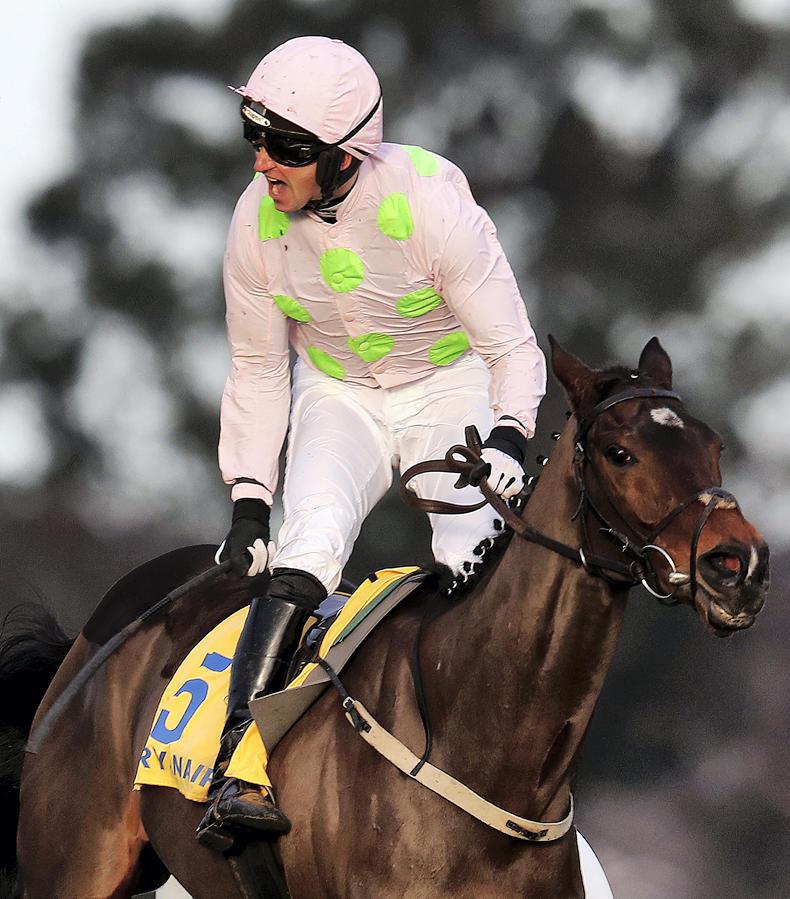 Inside Racing
THE CHRISTMAS WEEK THAT WAS: Big shocks and great successes
By Anne Marie Duff on 31 December 2018
More in Latest News
News FREE
Unexcepted impresses with victory on chasing debut
News FREE
NEWS: Johnny Murtagh to train for Aga Khan
News FREE
NEWS: Wembley could score for O'Brien among seven Futurity entries
Classifieds
Place ad
Get full unlimited access to our content and archive.
Subscribe to The Irish Field
Unlimited access to The Irish Field via your computer, mobile device, tablet or newspaper delivered to your door.
Subscribe now +
Already a subscriber? Sign in