Title: CHELTENHAM: Honeysuckle is the Queen of the Cotswolds 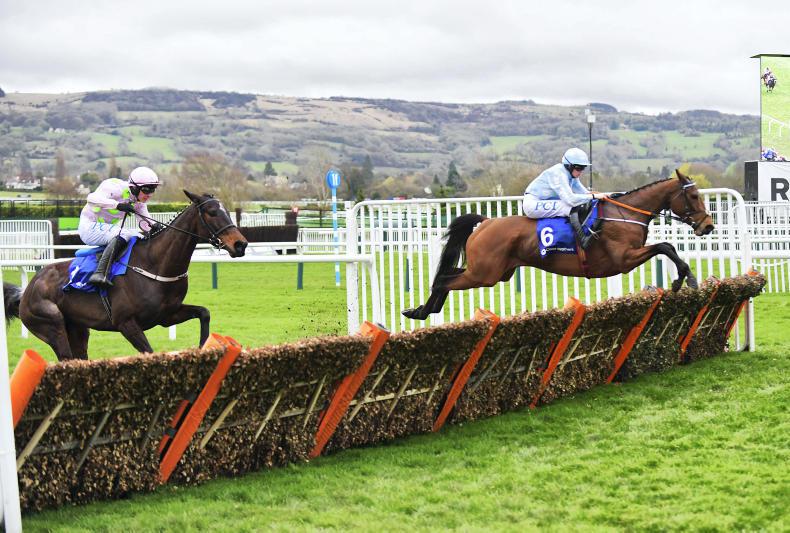 HONEYSUCKLE got the better of Benie Des Dieux in an titanic tussle for the Close Brothers Mares’ Hurdle at Cheltenham.

The Willie Mullins-trained Benie Des Dieux claimed the Grade 1 prize in 2018 and looked sure to follow up 12 months ago until suffering a crashing fall at the final flight.

Having since won Grade Ones at Punchestown and Auteuil before making a foot-perfect comeback in the Galmoy Hurdle at Gowran Park, she was the 4/6 favourite to regain her crown, despite facing a serious rival in Henry de Bromhead’s 9/4 shot Honeysuckle.

Unbeaten in seven previous starts, including victory in last month’s Irish Champion Hurdle at Leopardstown, the six-year-old travelled strongly for much of the way under Rachael Blackmore, but looked at the mercy of Benie Des Dieux in the hands of a motionless Paul Townend racing down the hill.

However, Honeysuckle quickened the better of the two rounding the home turn to steal the advantage, and try as she might, Benie Des Dieux could not get back on terms in the straight, with half a length separating the pair at the line.

What a match-up in prospect, and it delivered alright! #CheltenhamFestival pic.twitter.com/llGfmMV4p0

De Bromhead said: “They are two amazing ladies. It was a great bit of race-riding to nip up the inside when Paul opted to go wide and it looks like it won her the race. Rachael had to sit and suffer for a bit, but when the gap appeared she was gone.

“She really toughed it out up the hill. She gets from A to B over her hurdles and that’s it. We never try to find out too much at home, but she has always looked nice and came to us highly recommended after winning her point.

“I don’t know about chasing, we haven’t even touched on that. It’s all been about this week.

“I always question myself, but she seems as good over two miles and further and goes on all ground.

“She really battled and threw herself at the last. Whatever about the mare, the lady on her back is something special – the pair of them are brilliant.”

He added: “You can’t think, ‘I wish we’d run her in the Champion’ – we’ve just won the Mares’ Hurdle. They quickened away from her for a few strides, so what might they have done in a Champion? “We’re delighted.”

Blackmore said: “This means so much, this mare is so special. They’ve done an unbelievable job with her, Henry has produced her in tip-top shape every time she runs, so I’m just the lucky one that gets to steer her round. She’s unbelievable.

“This is brilliant, it’s a big week and I’m delighted. They (Festival winners) get better nearly, you kind of realise that they’re so hard to get.

“I’m so lucky to be riding all of these horses, it’s brilliant.”

Mullins was left slightly wondering what might have been.

He said: “I’m a little dazed, I just think there was miscommunication turning for home. Maybe Robbie (on stablemate Stormy Ireland) thought one of our horses was behind him rather than Honeysuckle.

“It look like he gifted the winner a huge gap while Paul had to come round the outside. There you, are things happen. She ran well. Elfile ran well and Stormy didn’t go fast enough, she should have been going much faster to take the sting out of them.

“They went no pace and I think Stormy should have gone faster, as she is better doing that. Hopefully we will get a turn at some stage. We’ve gone up and down in trip with her and she has won over three miles before, but today wasn’t a reflection of the trip, it was just how the race unfolded.” 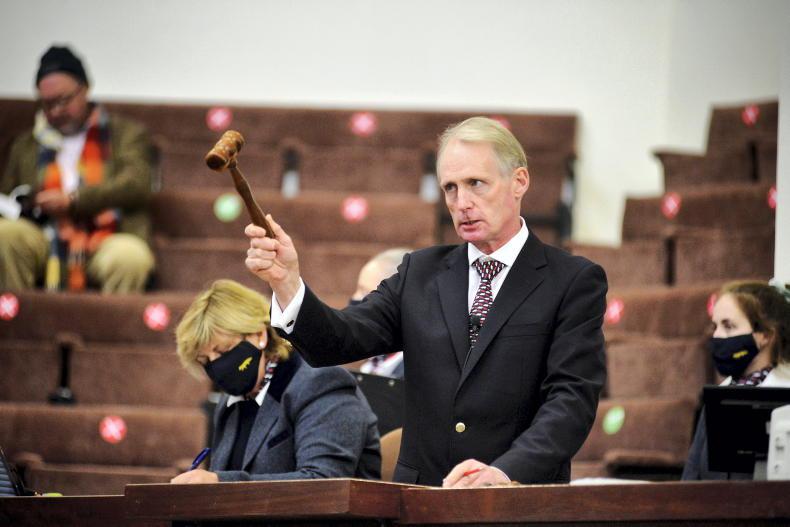