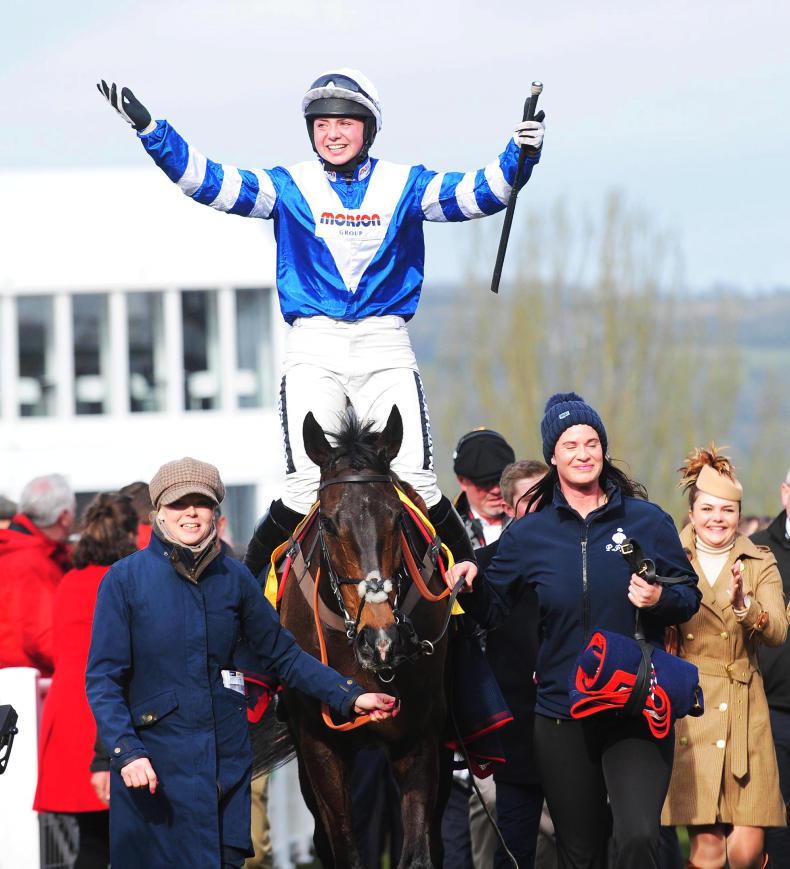 BRYONY Frost retains complete faith in her 2019 Ryanair Chase hero Frodon as they prepare to defend their crown at the Cheltenham Festival on Thursday.

Frost became the first female jockey to lift a Grade 1 title over jumps at the Festival when steering the Paul Nicholls-trained gelding to a length-and-a-quarter success after a game, front-running round of jumping.

Though conceding the race is a tougher assignment this year, with the likes of Henry de Bromhead’s A Plus Tard and Willie Mullins’ Min, among others, providing stiff competition, Frost still believes the eight-year-old can prevail.

“He A1, he’s squealing and he’s boisterous,” she said. “He’s getting extremely cocky – everything you want out of a horse that’s going to go to one of the biggest tests in the racing calendar.

“Cheltenham is the heartbeat of National Hunt racing, it’s where the best of the best go and only the bravest come out on top. Opinions are the race is harder than last year, but with Cheltenham Festival races, I don’t think any of them are a gift.”

Intending to employ last year’s proactive running style, Frost stressed a flawless round of fencing would be crucial for a repeat of 2019’s victory.

“You have to be beyond brave and everything has to go right, that’s the Festival,” she said. “Sometimes in other races you could miss one, or slightly get hampered somewhere, and you could maybe come back. But at Cheltenham you can’t make a mistake, you can’t get held up anywhere or it’s game over.

“We’re slightly transparent in our tactics, we’ve got a big target on our backs. They all know what we’re going to do so we’ve got to be switched on and try to keep 10 steps ahead to make it as easy as possible.

“We need a bit of luck, we need a lot of confidence, we need some bravery and a lot of people shouting us home. Can we do it again? We’ve got to believe we can.”

Frodon returned this season with wide-margin defeats in both the Old Roan Chase at Aintree and the Betfair Chase at Haydock.

He was subsequently diagnosed with ulcers and bounced back after treatment to regain his form when winning the Grade 2 Silviniaco Conti Chase at Kempton in January.

Frost now reports Frodon working as well at home as he did before last year’s fairytale success, and can feel the confidence building among the team at Nicholls’ Ditcheat yard.

She said: “He’s in great order, the world is wishing again and I definitely am too. At Kempton it was lovely to have him back, obviously after we had the ulcers at the beginning of the season. What a few people are saying now is that he’s the horse he was last year.

“If there’s one thing I know going into Thursday, it’s that not one of our camp, nor me, will be second-guessing him.”

De Bromhead, meanwhile, was delighted with A Plus Tard’s victory over Chacun Pour Soi at Leopardstown in December

The Co Waterford handler explained why the horse’s two runs this winter have been over shorter than this extended two and a half miles, after his emphatic victory in the Close Brothers Novices’ Handicap Chase over a similar trip at last year’s Festival.

“He’s been good. I ran him over two miles because I’ve always had this thing that he’s better left-handed than right and there weren’t many options over two and a half,” said De Bromhead, who saddled Monalee to be fourth last year.

“He couldn’t have done it any better than he did at Christmas. We were planning to go again at the Dublin Racing Festival, but I was just worried the ground wasn’t soft enough – he just needed something to slow then down a little bit.”

Aso drops back in distance after failing to see out the three miles of the King George VI Chase.

Venetia Williams’ charge only found Frodon too good 12 months ago and will wear blinkers for the first time.

“He hasn’t run since the King George, but there are so few races in between and we didn’t want to go for the Ascot Chase as he didn’t run well in that last year, so he has been ticking over at home,” said the Herefordshire trainer.

“He will have blinkers on for the first time, just to try to cut out the distractions, which there are plenty of at the Festival.

“He is 10 years old now and we can’t expect him to be at his best for many more years, but hopefully he will be competitive as he usually runs well round Cheltenham.”

Riders Onthe Storm is unbeaten in three starts since joining Nigel Twiston-Davies, completing his hat-trick in a dramatic Ascot Chase.

Part-owner Carl Hinchy said: “The horse is in brilliant form and is very well. I’m not having all this stuff about him having a hard race at Ascot – that is absolute nonsense. Whether he is good enough, that is another matter.

“We’ve won our Grade 1 already and he is three out of three for us. We are just going to really enjoy it. When a horse is on an upward curve, you don’t know when they will stop.” 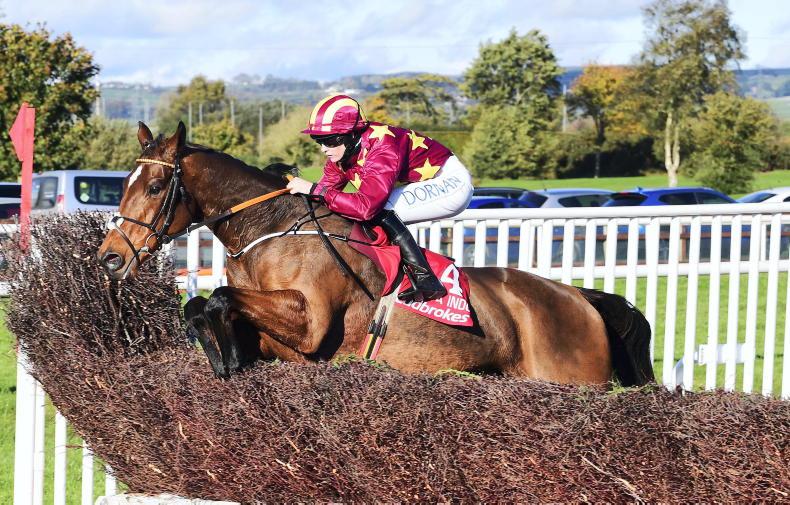