The popular nine-year-old won this race for the second successive year, and the third in all 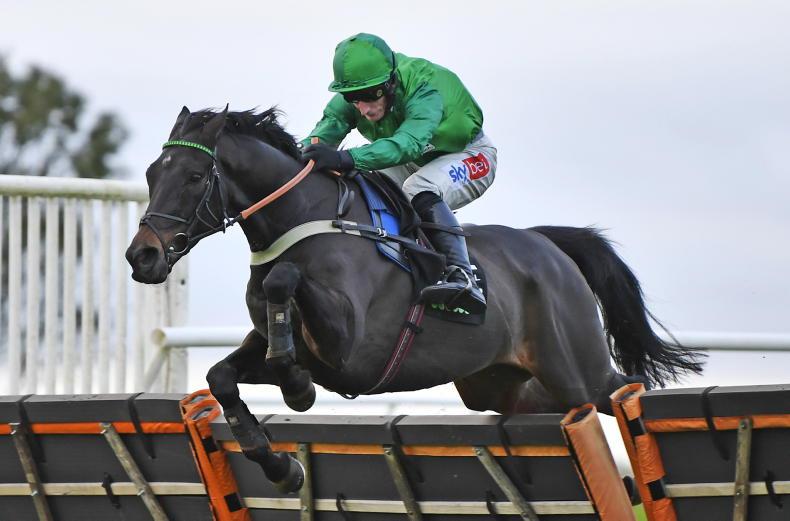 AN excellent card at Wincanton took a knock with a large number of withdrawals due to the ground, which was riding quicker than expected.

The most unfortunate of those non-runners was Goshen in the Elite Hurdle, and his absence rather gifted the race to Sceau Royal (Alan King/Daryl Jacob), and the 4/5 favourite won this race for the second successive year, and the third in all, beating the same horse, Teqany (Fergal O’Brien/Paddy Brennan) as he had 12 months ago, with the margin shortened slightly to five and a half lengths. Belfast Banter (Peter Fahey/Kevin Sexton) was a respectable third.

Alan King praised his 16-time winner, saying: “Sceau Royal is a superstar. He’s now won it as a four-year-old, eight-year-old and a nine-year-old, so what the hell was I doing in between, novice chasing?”

The withdrawal of morning favourite Bravemansgame and two others left just three runners in the Grade 2 Rising Stars Novices’ Chase, and the race was uneventful, with Dr Richard Newland’s Captain Tom Cat (Charlie Hammond) making all, and although the 6/4 second favourite jumped to his left throughout, he outbattled runner-up Mick Pastor (Paul Nicholls/Harry Cobden) to win by two and a quater lengths.

The runner-up may not have stayed the two-and-a-half-mile trip, but he loomed up in the straight seemingly full of running, and didn’t seem to exert himself. He’s very talented, but is not one to trust off the bridle.

The winning rider was of the opinion that the quick ground was very important to his mount, and he may need to strike while the iron’s hot as he’ll be hard to place on winter ground.

The Listed Badger Beers Handicap Chase threw up a shock result, and gave jockey Jordan Nailor the biggest win of his career, when the Nigel Twiston-Davies-trained Rocco popped up at odds of 40/1.

The stable was out of form in the spring, but has refound form this autumn, with more winners in October (10) than in the previous five months combined.

Rocco hadn’t scored since landing a Stratford handicap chase in October 2019, but he returned to his best on his first run since June to deny Potterman (Alan King/Tom Cannon) by two and a quarter lengths.

Both the front pair want good ground to show their best, and Alan King will be hoping the weather stays fair for the Ladbrokes Trophy later this month for Potterman, who unseated in the Newbury contest last term having again been second in this corresponding event.

The shortest-priced winner on the card was the Paul Nicholls-trained Knappers Hill, a son of Valirann of Whytemount Stud, who maintained his unbeaten record on his second hurdle success.

THE British turf flat season came to its traditional conclusion at Doncaster last Saturday, with the November Handicap bringing down the curtain, and it was appropriate that in the year that we said goodbye to Barney Curley, that the race should go to a horse trained by Curley’s former assistant, John Butler, who saddled Farhan to win and land something of a gamble in the process, with the 9/2 favourite having been available at 12/1 the day before.

Hollie Doyle rode the winner to perfection, taking her tally in Britain this year to 159, and moving above fiancé Tom Marquand into third place in the jockeys’ table for the year.

There were two listed contests on the Town Moor card, with 22/1 outsider Vesela winning the Gillies Fillies’ Stakes for Ralph Beckett and Rob Hornby, while there was a royal winner in the six-furlong Wentworth Stakes when King’s Lynn triumphed by a head from Magical Spirit.

The 4/1 favourite was gaining his second win of the season, with David Probert sporting the Queen’s colours for trainer Andrew Balding.