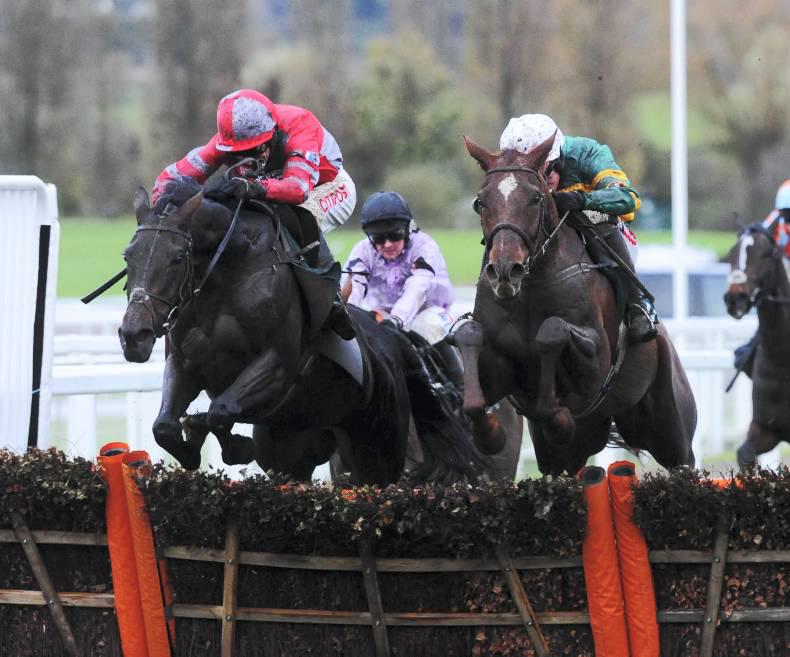 Leave At Dawn and Barry Geraghty (white cap) jump the last to win the Handicap Hurdle from Fort Worth (photo: Healy Racing)

THE J.P. McManus colours were twice carried to victory on the opening day and the unassuming owner followed up with Leave At Dawn, trained by Charles Byrnes, in the Martin & Co Jewellers Intermediate Handicap Hurdle over two miles and five furlongs.

The winner was given an ice-cool ride by Barry Geraghty, who idled along at the back until gradually inching closer before two out. Running on strongly, Leave At Dawn quickly mastered Fort Worth and drew clear to score by just under four lengths with Cusheen Bridge third.