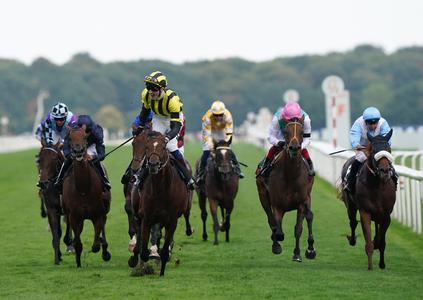 Ralph Beckett announced his intention to appeal the revised result of the Cazoo St Leger after his previously unbeaten filly Haskoy was relegated from second to fourth.

The Juddmonte-owned three-year-old was supplemented for the world’s oldest Classic at a cost of £50,000 after winning the Listed Galtres Stakes at York, and ran a huge race in defeat.

Ridden by Frankie Dettori, Haskoy passed the post two lengths behind the Roger Varian-trained Eldar Eldarov, with 11/8 favourite New London a further half-length back in third and Giavellotto another neck behind him in fourth.

However, the stewards deemed Dettori guilty of careless riding in that he had allowed his mount to drift across to the far rail, hampering Giavellotto as he was delivering his challenge, and following an inquiry they revised the placings.

The unaffected New London was promoted to second, Giavellotto third and Haskoy pushed back to fourth – a decision Beckett did not agree with due to the fact the interference took place some way from home.

Beckett, whose Simple Verse lost the 2015 St Leger on the day, only to get the race back on appeal, said: “The way the rules are written will be the basis for appeal.”

Speaking prior to the result being amended, he said: “She ran a huge race and there is nothing to say other than we found one too good – that is it really.

“I don’t think her lack of experience was a factor today. She was in front a long way out, but French Claim wasn’t taking her any further. She’s got every yard of the trip and we were just beaten by a better one.

“She’ll probably go on holiday now. She’s done a lot in a short space of time. The only other option would be the Prix Royallieu, but I suspect she’ll have a holiday.”

Dettori received a five-day suspension and only a quirk in the British racing calendar means he will be free to ride in the Prix de l’Arc de Triomphe on October 2nd.

The three-time champion was banned from September 18th to October 1st for his use of the whip aboard last year’s Arc hero Torquator Tasso in Germany, but will be able to ride the same horse in Europe’s premier middle-distance contest due to the fact there is no Flat racing in Britain that day, meaning his five-day ban will run from October 3rd-7th.

Giavellotto’s rider Neil Callan was visibly angry after dismounting and trainer Marco Botti felt his charge deserved to finish closer than he did.

“I’m pleased because I didn’t think they (stewards) would do anything,” said the Italian.

“I’ve just spoken to Neil Callan and he said he stood his ground. He said he shouted Frankie and he came across. It’s so obvious the horse should have finished closer than fourth.

“We’re delighted we were promoted in position. The horse deserved to finish a little bit closer and in a way it’s a relief.

“It’s good for the owner as she’s here and bred the horse and was a bit disappointed to be fourth after watching the race. I’m delighted for the owners.”

On what the future might hold for his runner, Botti said: “I was convinced he would run a big race. It’s a Classic and you never know, but we knew he stayed well. It was a big run and it’s just a shame the circumstances of the race – I wish he’d had a clear run and no regrets.

“We’ll let the dust settle and regroup. There is a Listed race at Ascot, but I think we’ll put him away for next year as he’ll be a nice four-year-old.”

Explaining the decision, chief steward Shaun Parker said: “The view of the stewards is that Mr Callan has established himself a run against the rail and is steadily making his progress going to the two-furlong marker, at which point he had to take a noticeable check off Mr Dettori’s mount, which shifted towards the rail and has stopped his momentum at that particular stage.

“After the noticeable check, we were of the view that he had lost more ground than the three-quarters of a length he was beaten, and we took the view that if he had been given an uninterrupted run to the line he would have beaten Mr Dettori.”

Meanwhile, Charlie Appleby said of the beaten favourite New London: “He ran a solid race, Will (Buick) just said he feels better on a better surface. He said he couldn’t say he didn’t stay as he came back at them at the line.

“We were beaten fair and square and there were no excuses really. We’ve stepped up from a Group 3 into Group 1 company and take nothing away from the winner.

“I’m not sure what we’ll do now, but he’ll be a nice middle-distance horse for year. We might put him away for the winter now.” 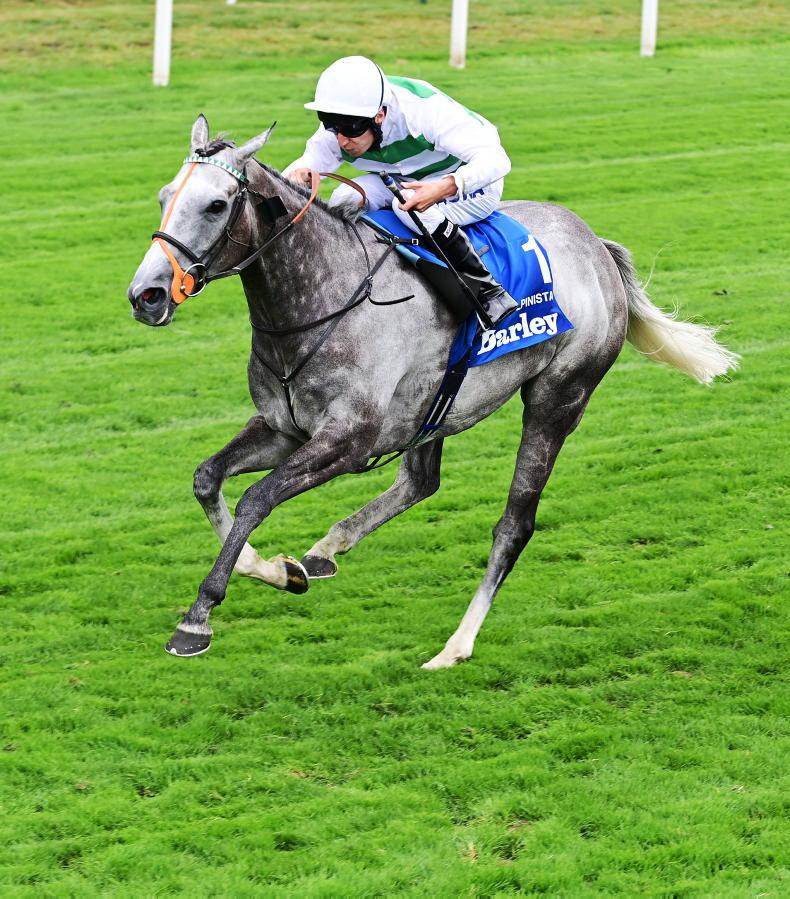 Andy Bate
TIME WILL TELL: Alpinista has the Arc in her sights
Alpinista added to her Group 1 haul at York while Haskoy is one to note going forward 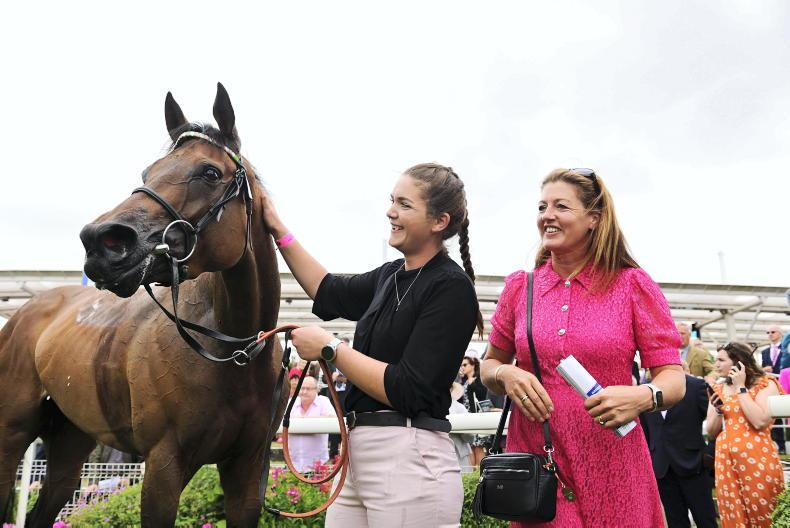 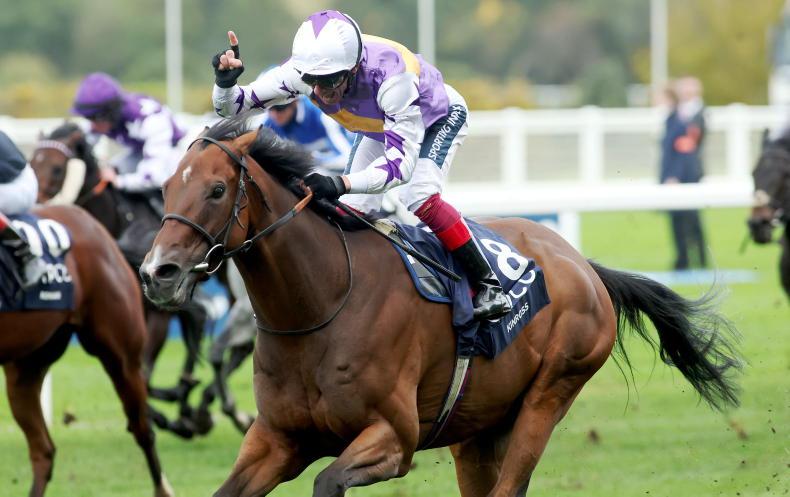 Irish Field Contributor
Kinross in good shape, but draw is a pain concedes Beckett
The five-year-old son of Kingman heads to the Breeders' Cup bidding for his fifth straight win and a Group 1 hat-trick 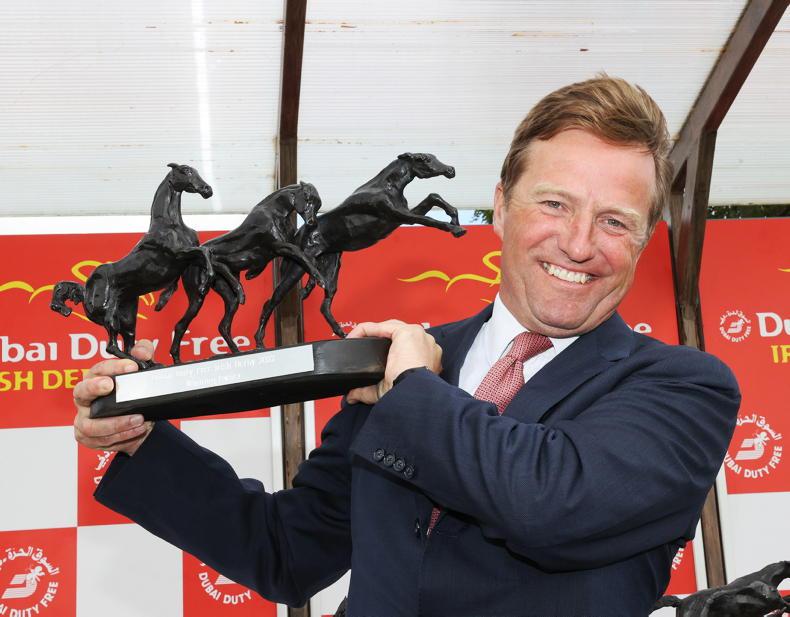