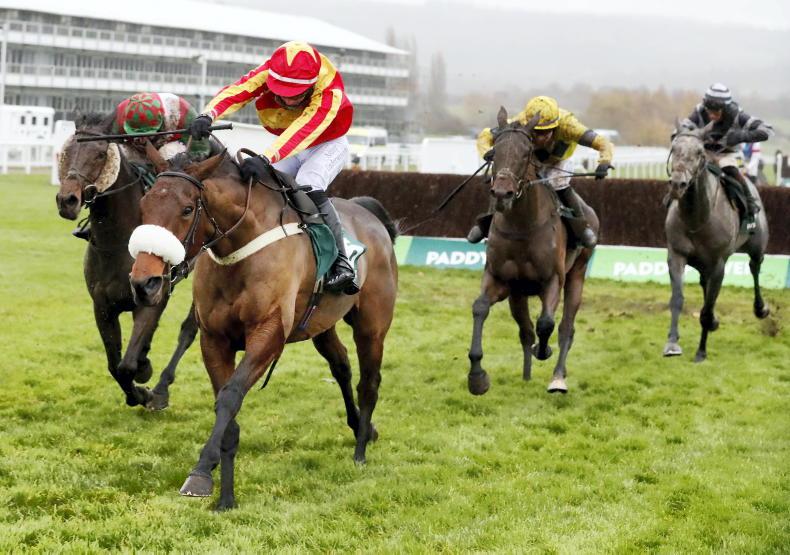 Simply The Betts and Protektorat top the weights for the Paddy Power Gold Cup after a maximum field of 20 was declared for the valuable handicap chase at Cheltenham on Saturday.

The original top weight, Assemble, was withdrawn at the 48-hour final declaration stage on Thursday leaving the Paul Nicholls-trained Simply The Betts and Dan Skelton’s Protektorat, part-owned by Sir Alex Ferguson, at the head of the list.

Nicholls also has leading ante-post fancy Lalor, formerly trained by Kayley Woollacott, going for honours while Skelton has Spiritofthegames, who was runner-up 12 months ago.

Last year’s winner Coole Cody, trained by Evan Williams, bids to become only the sixth horse to land the prize twice with the last being Cyfor Malta in 1998 and 2002.

Al Dancer, who was third in 2020 when with Nigel Twiston-Davies, bids to go two places better for Sam Thomas.

Others in the mix include Nicky Henderson’s Caribean Boy, Sue Smith’s Midnight Shadow and the Brian Ellison-trained Nietzsche, winner of the Greatwood Hurdle in 2018.

The only Irish-trained declaration is Funky Dady, a 40/1 shot trained by Denis Hogan.

A Grade 1-winning novice chaser last term, he has had a wind operation since disappointing at Cheltenham and Aintree in the spring.

There are nine runners in the JCB Triumph Trial Juvenile Hurdle with Nicholls’ Magistrato catching the eye on his British debut at Chepstow.