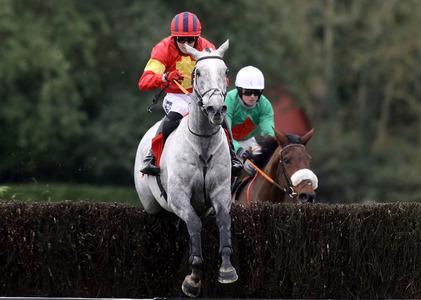 The Grade 2 contest was only a four-runner affair, with the small field then further diminished as the evens favourite Sixshooter fell at the third from home on his second outing over fences.

Ballyshannon Rose then also fell at the final flight, leaving only two contenders standing at a stage when the Gavin Cromwell-trained Vanillier was well clear of Gordon Elliott’s Fancy Foundations and could canter home 26 lengths to the good under Keith Donoghue.

“He jumped well. I would have liked if something had joined him earlier in the race just to force a bit more pace into it,” Cromwell said of the winner, who started at 13/8 having been beaten into third on his chasing debut at Down Royal last month.

“He’s just a dour stayer. With Sixshooter falling we’ll never know, but I suppose jumping is the name of the game.

“I walked the track beforehand and it’s nice safe ground. Hopefully he’s okay in the morning as he’s a big horse and wants to get his toe in.

“There are two staying chases at Christmas, one at Leopardstown and one in Limerick.

“He’ll have an entry in both of them and we’ll see what the ground is like closer to the time.”

The three-mile pigsback.com Risk Of Thunder Chase, run over the cross-country course, was won by Derek O’Connor and Enda Bolger’s 5/4 favourite Shady Operator.

The eight-year-old ran prominently and was ultimately a comfortable winner, coming home seven lengths ahead of stablemate Midnight Maestro in an effort that may pave the way for a trip to Cheltenham at the end of the year.

“I just said to Derek O’Connor ‘you’re starting to enjoy that’ as this horse was his first winner here in February over the banks,” Bolger said. “We’ll probably be going to Cheltenham in December with him.”

He added: “The second horse ran well. It was his first run since the Festival here and his first time around there was a little bit rusty. You can’t beat a run around here so he’ll be a nice horse to look forward to.”

De Bromhead’s Fully Charged may be headed to Leopardstown at Christmas after his victory under Hugh Morgan in the Ryans Cleaning Handicap Chase.

Priced at 4/1, the grey followed up a Gowran Park victory in October with another over an increased trip, this time prevailing by a neck from Gavin Cromwell’s Alfa Mix.

“He just lacks a bit of concentration. He’s not ungenuine at all, but the blinkers have really helped him focus better,” De Bromhead said.

“I’m delighted for the O’Reilly sisters (Three Swallows Partnership) and hopefully he’ll go for the Paddy Power Chase at Leopardstown over Christmas.

“He keeps galloping. He looked beaten jumping the last and fair play to Hugh he kept a little bit up his sleeve for after the last.” 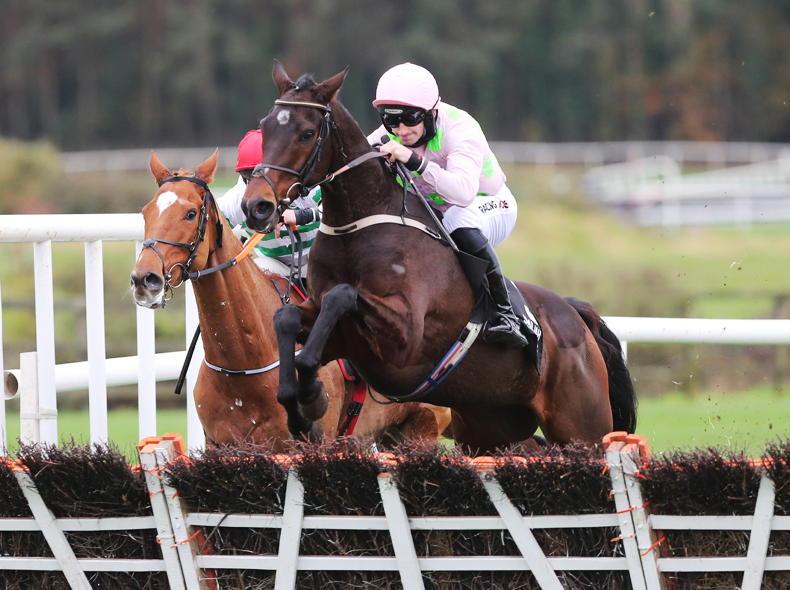 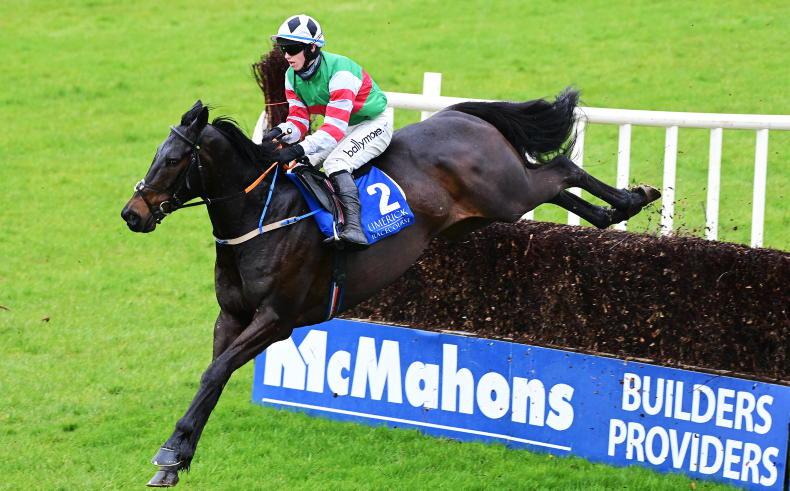