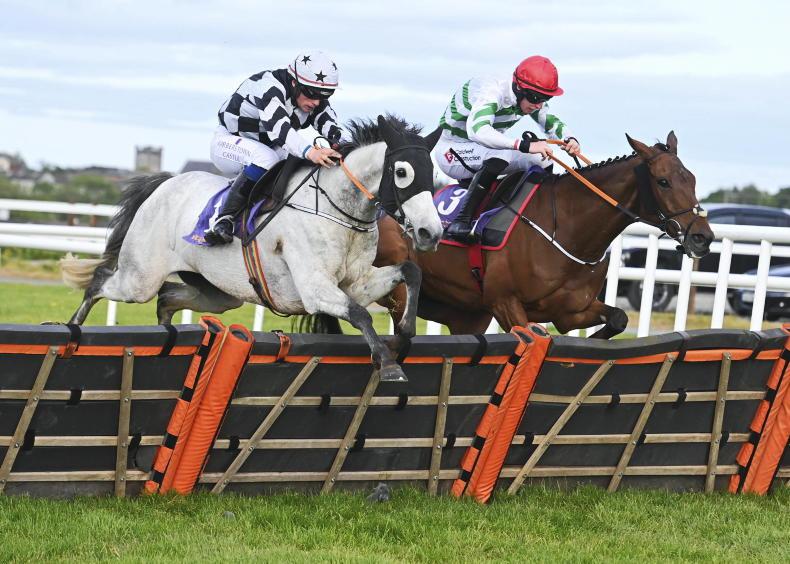 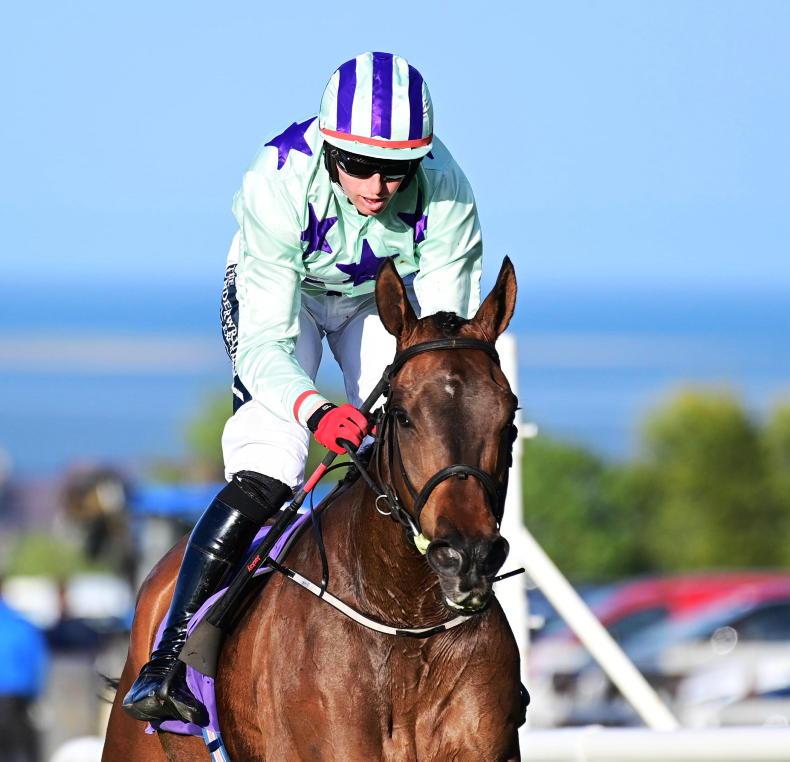 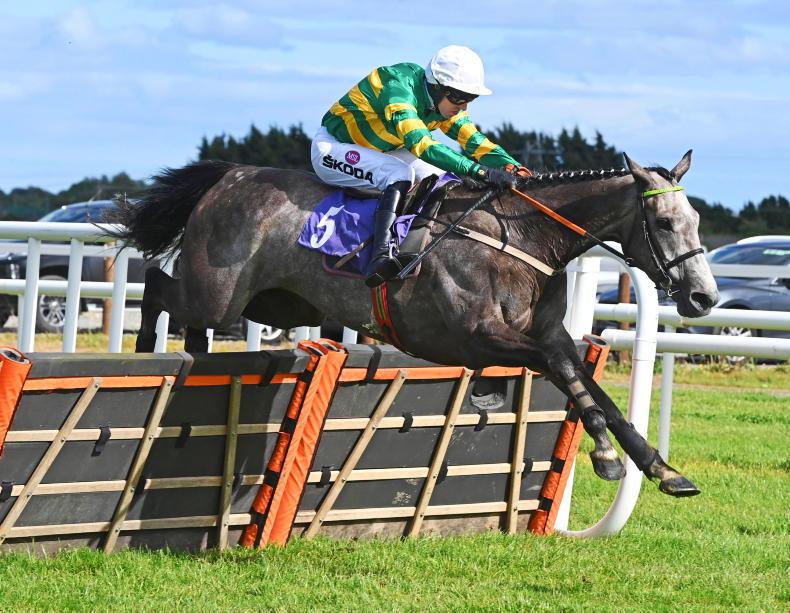 THE performances of Chinx Of Light (6/4) and No Risk At All lit up this Wednesday evening programme, with the former capturing the feature Support The Irish Injured Jockeys Fund Hurdle.

An easy winner at Down Royal earlier this month, the John McConnell-trained grey was in against more experienced rivals in this three-mile contest.

On what was just his fifth career start, the Derek Kierans-owned victor was settled in third by Simon Torrens, making a mistake at the ninth.

He improved into second from three out and edged to the front at the last, keeping on well from there to beat the 143-rated The Bosses Oscar by three and three-parts of a length.

“He is a nice horse but still has a bit to learn,” McConnell said. “We might go chasing with him now, he should be just as good over fences. If we can just harness his ability, we could have a really nice horse.”

No Risk No Fun put in a flawless performance on debut in the concluding Racing Again June 8th INH Flat Race.

Owned by Dai Walters, his first horse in training with Willie Mullins, the French-bred gelding was sent off the 10/11 favourite.

Settled towards rear by Patrick Mullins, he took closer order with five furlongs to race and eased to the front early in the straight.

The five-year-old never came off the bridle and stretched clear in the closing stages, coming home nine lengths to the good.

“He is above average for this time of year and I would have been disappointed if he didn’t win,” the winning rider divulged.

“Maybe Willie will go to Galway with him, but he could put him away and make him a winter horse, we will see.”

Slevin puts foot on the Gas

J.J. SLEVIN continued his excellent start to the new season, as he took both divides of the Calor Gas Handicap Hurdle, with his brace coming in at 311/1.

The local rider, who was completing his second double in as many days, struck first aboard Good Bye Milan (25/1) for owner/breeder James Braddish, son of winning trainer Seamus.

Given a patient ride on the outer, the bay five-year-old was pushed along approaching the second last and jumped the final flight in a share of the lead.

She had a good tussle with the well-backed Gondor (15/2 to 4s) on the run-in and just half-a-length separated them at the line.

“I didn’t know much about her, but I rode one for Seamus in Killarney recently (Mr Brogue) who is a half-brother,” Slevin revealed.

“She done it well in fairness to her, she travelled nicely. They are a family with a bit of talent.”

Must Be Dreaming was Slevin’s second winner, as she landed some nice bets on debut for trainer Garrett Ahern and owner Gerard Gubbins.

Previously trained by Matty Tynan, the Canford Cliffs bay was 25s in early shows but returned at 11/1.

Given a similarly patient ride on the outside, she swept through to lead before the second last and was ridden out in the closing stages to see off the late challenge of Duke Otto, with three-parts of a length the winning margin.

“We picked her up cheaply. She had a good run in Cork on the flat and when she came up for sale, I thought she might make a summer mare,” Ahern stated.

“Her dam (Maontri) was good on the Flat, but J.J. said she has a real brain for hurdles.”

Slevin almost completed a treble on Brogine, who is a full-sister to Good Bye Milan, in the Country Fest Wexford August 7th Handicap Hurdle.

The pair ultimately had to settle for second though, with Yenillik coming out on top under Keith Donoghue for Harry Rogers.

In the colours of Thomas Cox, Ralph Kelly and the executors of Mary Rogers, the late wife of the winning trainer, the six-year-old was sent to post at 18/1.

Yet another to be given a waiting ride, the bay son of Invincible Spirit was last with a circuit to race, but gradually cut through the field and jumped to the front at the final flight.

He kept on strongly from there to easily account for the aforementioned Brogine by four and three-parts of a length.

“It wasn’t a surprise as we always thought that he wanted three miles,” Rogers commented.

“He is a big horse and we bought him to go jumping. I know he is by Invincible Spirit, but he stays all day.”

HURRICANE Georgie took advantage of her lower mark over flights in the Boylesports Mares Handicap Hurdle.

With a figure of 134 over fences, having been placed in Grade 3 and listed contests, the Gordon Elliott-trained five-year-old was expected to deliver off a mark of 102 and was sent off as the 5/4 favourite.

Having tracked the leaders on the outer under Jack Kennedy, the Pioneer Racing-owned bay improved to the front before two out and kept on well to register a comfortable three-and-a-quarter length success. “She is probably a little bit better over fences than she is over hurdles, but she was entitled to win that,” Kennedy remarked.

Favourite backers had to settle for second in the opening Welcome To Wexford Racecourse Maiden Hurdle, with Moving Water proving far too good for Ingenious Stroke (10/11 favourite).

Sent off an easy-to-back 15/2 chance, from early shows of 3/1, the Des McDonogh-trained grey raced mainly in fourth under Mark Walsh.

The winner came with his challenge approaching the home straight and jumped to the front at the second last hurdle , eventually coming home 15 lengths to the good in the colours of leading owner J.P. McManus.

“He did it nice, going up in trip was a big help I’d say,” McDonogh explained after the race.

“He jumped superbly and never missed a beat, he is a real stayer in the making. He is only a five-year-old but is a big, tall horse.”