Gordon Elliott combined with three different riders for this near 63/1 three-timer. 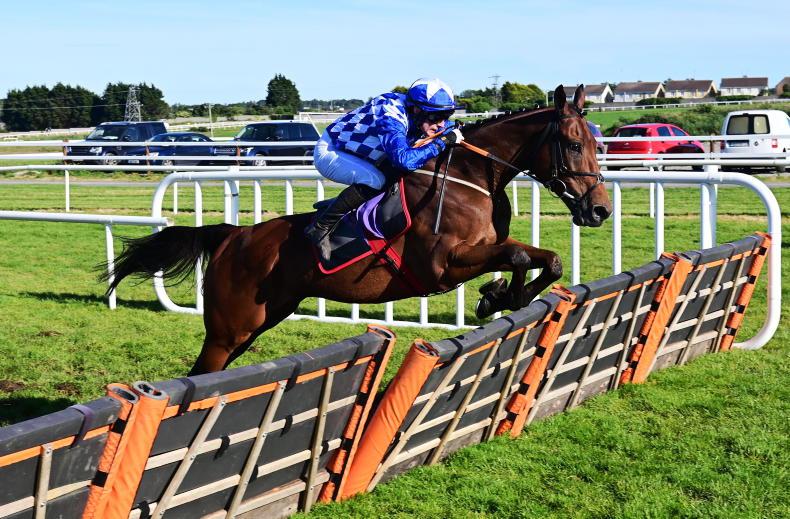 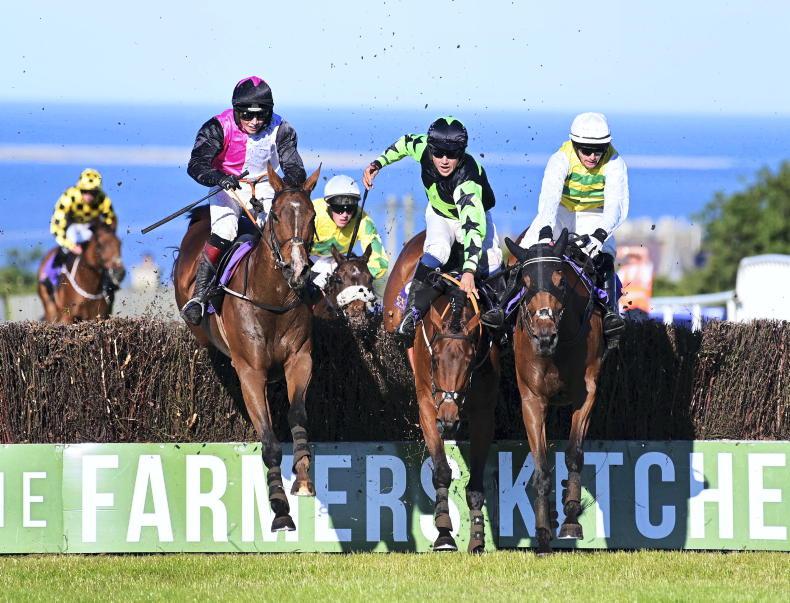 GORDON Elliott recorded his second treble in the space of four days, combining with three different riders for this near 63/1 three-timer.

Corey McGivern rode two of Elliott’s three winners at Downpatrick on Sunday and the 7lb claimer was again involved in this treble, partnering Dartington to victory in the Boylesports Novice Hurdle.

Having failed to make an impact on his last three starts, the Richard Stokes-owned five-year-old was sent off an easy to back 16/1 chance (7/1 early).

Never far off the pace and in front from three out, the Siyouni gelding was ridden before the last and kept on well to hold off the persistent effort of Mind Your Money by a length and a half.

“We were hoping for a big run, he has been doing everything right at home. He travelled really well and just jumped himself into the race,” McGivern said.

A Grade 2 winner over flights, Call Me Lyreen had no trouble in justifying 1/4 favouritism in the Visit wexford.ie Novice Chase, providing Elliott with his second success.

In front with a circuit to race, the son of Court Cave was briefly pressed two out, but was always in control, coming home four lengths to the good in the colours of the Lyreen Syndicate.

“We went no gallop early and he was jumping just a small bit sticky,” winning rider Conor McNamara remarked. “I let him roll on coming down the hill the first time and he jumped a bit better.

“I hadn’t ridden him before, but Jack (Kennedy) gave me a good bit of advice. He did it well and hopefully he can go forward again in novice company.”

With some solid form to her name, the grey five-year-old was expected to take this 14-runner contest, going off the 2/1 favourite under Harry Swan.

Pushed along to challenge early in the straight, the John Doyle and Caren Walsh-owned victor was ridden to lead over a furlong from home, holding off the late surge of Second Subaltern and John Reddington by just a nose.

“I thought we had just held on but obviously I was a little bit worried,” Swan revealed. “I hadn’t ridden her before, but she looks a lovely filly and stayed going all the way to the line.”

Reddington was later handed a two-day ban for overuse of the whip and failing to give his mount enough time to respond. Phidelma Elvin was also found guilty of using her whip with excessive frequency aboard third-place finisher Phil’s Dream and she was given a four-day ban.

Outside The Door’s luck is in

“I WAS lucky, but you need it in this game,” were the words of Peter Smithers after he registered his first success aboard Outside The Door in the Wexford Racecourse Ladies Day August 5th Handicap Chase.

In front for much of this extended three-mile, one-furlong contest, the Padraig Roche-trained 8/1 chance (from 12/1 in the show) looked a spent force when headed by Mica Malpic (3/1 favourite) two out.

The market leader then blundered and unseated Simon Torrens at the last, leaving Outside The Door to duly pick up the pieces, coming home six and a half lengths to the good for the Hold Firm Syndicate.

“I’m full-time with Padraig. I’ve had about 14 rides over hurdles but that was my first over fences,” Smithers said.

“I done a bit of pony racing and was with Mick Halford for a while. I was going to get the apprentice licence but got a bit heavy so I moved to Padraig’s.”

It was much less dramatic for Steak And Onions (11/2 to 4/1) in the opening Loch Garman Mares Opportunity Maiden Hurdle, as she made all under Gary Noonan for owner/breeder Tom Keogh.

On what was her 13th try over flights, the Eoin McCarthy-trained bay was pressed from two out, but kept on well once ridden from the last, coming home a length and a half in front.

“That was the plan (to make all). She tried it in Killarney and enjoyed herself. She hung right and jumped right the same day and threw away the race,” Noonan commented. “We thought if she came here today and jumped straighter that she’d win. She deserved it.”

Tough Nelly’s in the Money

NELLY’S Money (6/1) claimed the most valuable prize on the programme, the Adare Manor Opportunity Handicap Chase.

A winner over the course and distance in March, the Robert Tyner-trained nine-year-old filled the runner-up spot on two of her three starts since. Effernock Fizz and She Tops The Lot took each other on upfront in this two-mile heat, with Ambrose McCurtain happy to bide his time on the winner.

Having closed on the front pair from three out, she jumped the last in a three-way share of the lead, soon getting to the front when ridden, keeping on well to prevail by one and three-quarter lengths.

“She is consistent and we will look for something similar for her or we might go back over hurdles,” Mary Tyner, wife of the winning trainer, stated. “She is tough and Ambrose gave her a great ride. Her owner Anthony McCarthy is away on holidays.”

There was further Rebel County success in the Slaney River Ladies Handicap Hurdle, with the well-backed Chapel Street (12/1 early, returned 4/1) coming out on top under Jody Townend.

Trained in Castlemartyr by dairy farmer Joe Hennessy, the Scorpion gelding was settled in mid-division, making rapid progress into second from four out. Pushed along to lead before the second last, where he wasn’t fluent, he soon stretched clear of the rest, and managed to have five and a half lengths to spare at the finish.

“We only have two riding out, and he is owned by my wife Stephanie,” Richard Hennessy, son of the winning trainer divulged. “I just happened to bump into Jody at the Killeagh Gymkhana on Sunday. She said she was available and I was delighted to get her. He had a good run at Ballinrobe the last day and we were hopeful.”