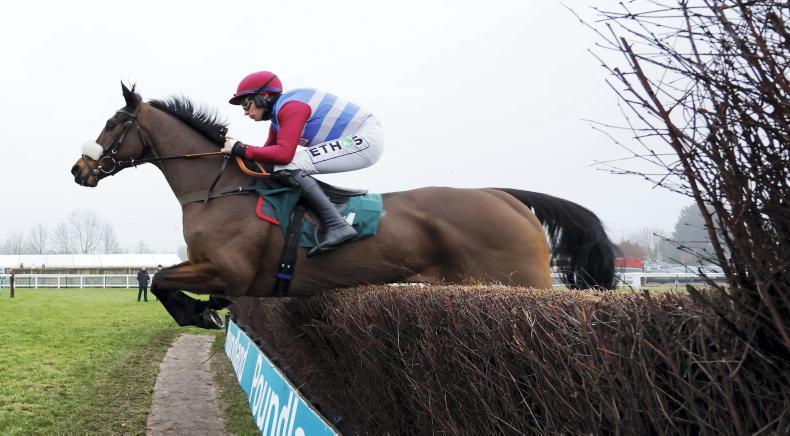 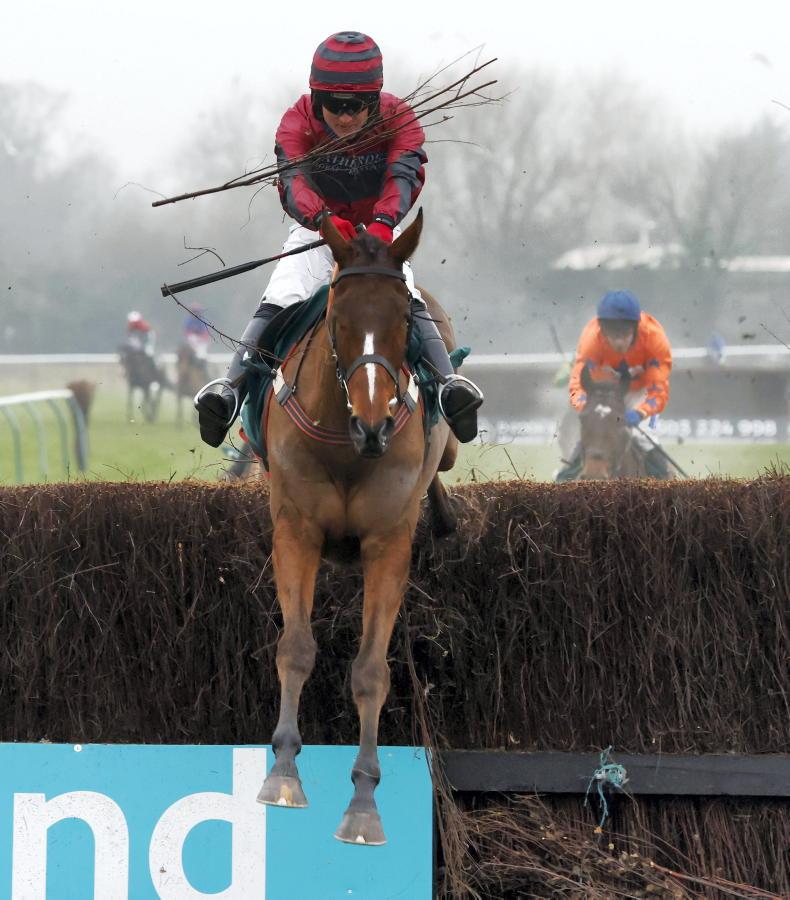 THE Grade 2 Wigley Group Hampton Novices’ Chase has only enjoyed its pattern status since 2020, having been elevated to listed status five years previously.

It’s a race Paul Nicholls has now won four times in its various guises, with Threeunderthrufive running out a decisive winner under Adrian Heskin in the latest renewal.

Heskin, riding as retained jockey to the McNeill family, had no anxious moments, with his rivals happy for him to set his own pace.

That certainly helped his jumping, which was indifferent at times when held up at Doncaster on his previous outing.

The 8/13 favourite was pursued on the final circuit by Doyen Breed (Sandy Thomson/Ryan Mania), but the Hexham winner could not really muster the pace to challenge, and he was closing by default from the last, looking flattered by the margin of three and a half lengths.

Connections are favouring a tilt at the Grade 1 Brown Advisory (Broadway) Novices’ Chase rather than the National Hunt Chase.

While he certainly has the speed for the shorter trip, he is likely to find the opposition there much stiffer than he’s faced to date, and he makes limited appeal in a big-field scenario.

THE morning market leaders in the Grade 2 Ballymore Leamington Novices’ Hurdle flopped, with Party Business struck into and Surrey Quest reported to be coughing, so it is perhaps not the most robust form.

Smart flat stayer Stag Horn (Archie Watson/Nick Scholfield) maintained his unbeaten record over hurdles by following up a win at Hereford, and given his jumping looked at asset here, the 100/30 winner is not one to discount at the spring festivals.

Fourth in the Group 3 Sagaro Stakes at Ascot last summer. Stag Horn became hard to place on the flat, but as a listed-class performer who stays beyond two miles on the level, he is just the sort of horse jumps trainers are crying out for.

He still represents the same connections he raced for on the flat, and that is beneficial in terms of his smooth transition.

Beating Gentleman At Arms (Stuart Edmunds/Ciaran Gethings) by two lengths at levels may not be form to write home about.

However, the runner-up has also taken well to hurdling having shown useful form at up to two miles in the summer game, and it would be churlish to crab them for the failure of others.

THE Agetur UK Ltd Classic Handicap Chase, a Grade 3 Handicap, looked competitive on paper, but was turned into a procession by Emma Lavelle’s Éclair Surf, who led at the fifth fence, and produced a powerful display thereafter to string his rivals out under a well-judged Tom Bellamy ride.

The winner had shaped well in the Welsh National Trail at Chepstow in December, looking a big danger until a bad blunder at the top of the straight stopped him in his tracks.

Stepped up to a marathon trip for the first time, he kept mistakes to a minimum to win by 13 lengths from favourite Gericault Roque (David Pipe/Tom Scudamore) with Chirico Vallis and Corach Rambler filling the minor places. The eight-year-old was sent off at 11/1 in the 15-runner field.

Éclair Surf looked a little vulnerable as the favourite closed before the home turn, but he drew away again from the last, and looks to have stamina in abundance.

Raised 10lb to a mark of 143, he might sneak into the Aintree weights, but Lavelle, mindful that he has a habit of throwing in one bad error, is not sold on running him in the Grand National, preferring to look at the Scottish version at this stage.

He still appeals as an Aintree type for the future, however, bearing in mind this was just his eighth start over fences, and his 11th under rules.

Corach Rambler is another who may have Ayr in April on his agenda, and he shaped best of the hold-up horses here, making late gains despite still looking in need of the experience.