Title: VIEW FROM ABOVE: Imperial Ruler romps home for Conway 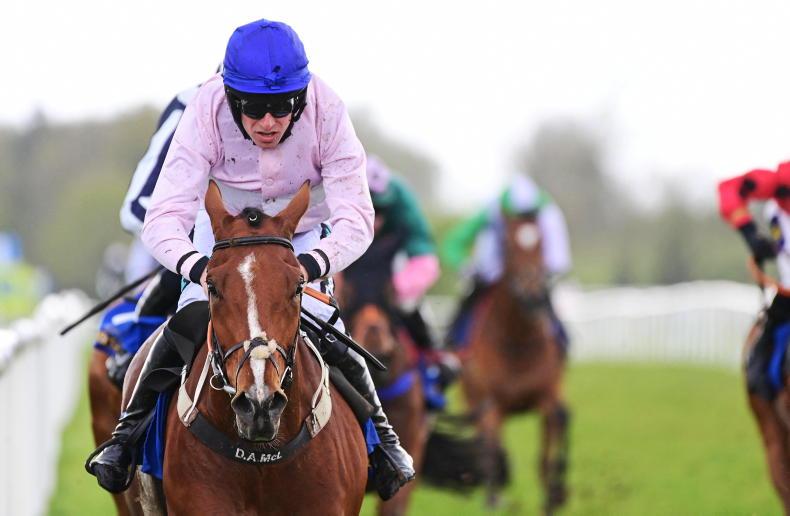 THE well-known colours of Magherafelt owner/breeder Tilly Conway were carried to victory last Thursday week at Tipperary where the Barry O’Neill-ridden Imperial Ruler landed the bumper by two and a quarter lengths from the even-money favourite, Kottayam, who, as a winning six-year-old was giving the four-year-old newcomer 13lb.

Trained by Dermot McLoughlin, the bay Imperial Monarch gelding is the sixth of seven foals, and the first winner to date, out of the French-bred mare Celinde (by Anabaa), a half-sister to, among others, the blacktype winners on the flat, Caesarion (by Danehill), Caesarine (by Pivotal) and Chesnut Bird (by Storm Bird), and, over jumps, Celtix (by Linamix).