Just one final step...
You must confirm your email address by clicking on the link we’ve sent to your email address.
You are only one short step away from reading 5 free Field+ articles.
VIDEO: Yulong Gold Fairy retains Concorde title

The four-year-old was having her first start for Jim Bolger and victory came at the main expense of Dermot Weld, who trained her to land this seven-and-a-half-furlong prize in 2018.

The Rosewell handler was responsible for Imaging this time, but the 7/4 favourite had no answer to Yulong Gold Fairy’s turn of foot in the final furlong

Kevin Manning produced the 5/1 shot to make her bid in the centre of the course, and the daughter of Mount Nelson crossed the line three-quarters of a length to the good.

“It went pretty straightforward from flag-fall, and it was my first time to ride her,” said Manning. “It was her first time running for the yard – and she was a very, very good filly before and loves that ground.

“She did it very well and seems to handle the ground well. She was very straightforward.”

Bolted up! The smart Davids Charm is in flying form and coasts to success in Grade 3 company for John Joe Walsh at @tipperaryraces

Davids Charm is set to return to the flat for the Irish Cesarewitch after showing his versatility with victory in the Grade 3 Horse & Jockey Hotel Hurdle.

Petit Mouchoir and Ballyoisin set a scorching pace until the latter – Barry Geraghty’s comeback ride after several months out injuured – weakened quickly before the fourth last, and then Henry de Bromhead’s grey also had no more to give into the straight.

Walsh said: “Phillip Enright gave him a great ride. He said it was like a bit of work for him. They went hard up front, and Phillip was happy to sit off it and let him ease into the race.

“He had no hard race – and provided he has come out of it okay, he will go for the Cesarewitch next Sunday.

“He’s been some horse for us. Before today, he had about €230,000 won between everything and another almost 40 grand today.”

Enright completed a double on Share The Honour (5/1) for trainer Tony Martin in the Fitzgerald’s Woodlands Hotel Adare Handicap Hurdle.

Smart colt - Derby entry Sunchart (Teofilo) builds on a promising debut and gets off the mark in good style for Andy Slattery and @BenCoen2 at @tipperaryraces pic.twitter.com/yWcFK3A5Hx

Runner-up on his only previous start, the son of Teofilo pulled away in the final furlong to win by four and three-quarter lengths from Sacramento.

“Ben said he improved from Listowel, and he’ll improve again because he was green enough,” said Slattery.

“He was green enough in the parade ring today as well, and I think we’ll give him another run in the (Group 3) Eyrefield Stakes (at Leopardstown).”

Robin De Carlow is tough as nails and this really likeable mare lands Grade 3 honours in a thrilling Like A Butterfly Novice Chase for Willie Mullins @tipperaryraces @dan2231 @SupremeHorseRac pic.twitter.com/xdzTi9q8ht

Robin De Carlow (5/1) stuck on gamely to take the Grade 3 Like A Butterfly Novice Chase. Danny Mullins drove out the Willie Mullins-trained mare to see off the always prominent Put The Kettle On by half-a-length.

The winning rider said: “She is a solid mare and has had winter form before over hurdles, and now that the rain is arriving, she might come into her own over fences.

“She stays further on summer ground, but on winter ground she has a bit of toe over those slightly shorter trips.”

Turnpike Trip (6/4 favourite) overcame a mistake at the final flight to to win the Grade 3 Joe Mac Novice Hurdle.

Charles Byrnes’ five-year-old was four lengths clear when he got the obstacle wrong and stumbled before recovering in the hands of Kevun Brouder to hold Razoul by half-a-length.

“He looks okay now, and we’re hoping he will be because it did look nasty,” said Byrnes. “He slipped in the ground and did well to win, and was going away again at the line.” 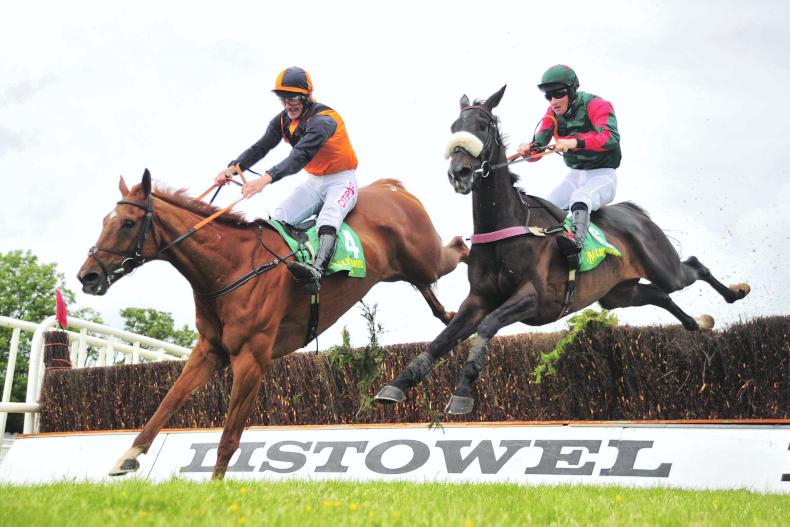 Racing News
LISTOWEL MONDAY: Dean could be on the Road to Kerry National
By Ryan McElligott on 05 June 2017
Field + 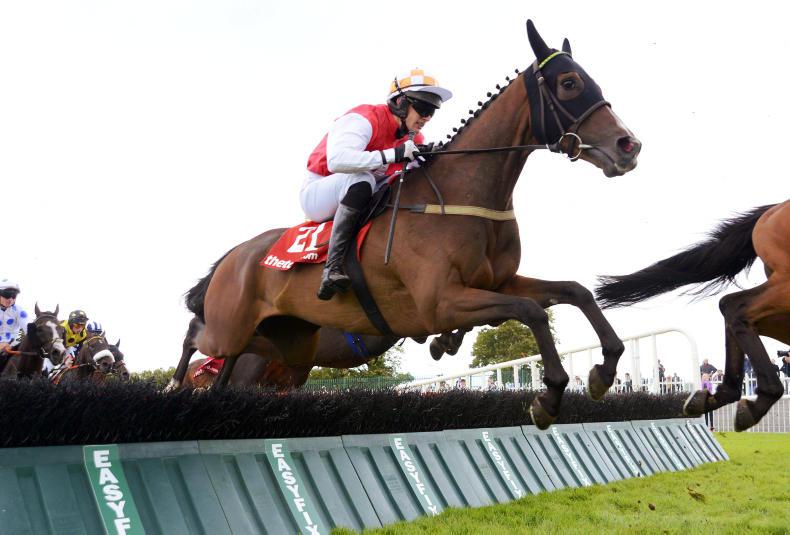