Just one final step...
You must confirm your email address by clicking on the link we’ve sent to your email address.
You are only one short step away from reading 5 free Field+ articles.
VIDEO: Wonderful Tonight lands second Group 1

VIDEO: Wonderful Tonight lands second Group 1
By Irish Field Contributor on 17 October 2020
A winner of the Prix Royallieu just two weeks ago, the three-year-old daughter of Le Havre followed up at Ascot

Wonderful Tonight backed up her first Group 1 success of just two weeks earlier with a determined performance to win the Qipco British Champions Fillies & Mares Stakes at Ascot on Saturday.

A brave move by William Buick to set sail for home over three furlongs out on the 4/1 favourite paid off, after Manuela De Vega had ensured a good end-to-end gallop.

Hollie Doyle – bidding for a sensational hat-trick after wining the first two races on Trueshan and Glen Shiel – gave chase on Dame Malliot, but had to settle for second place, two and a half lengths behind the winner.

Passion was a length back in third, with Mehdaayih two lengths away in fourth place. 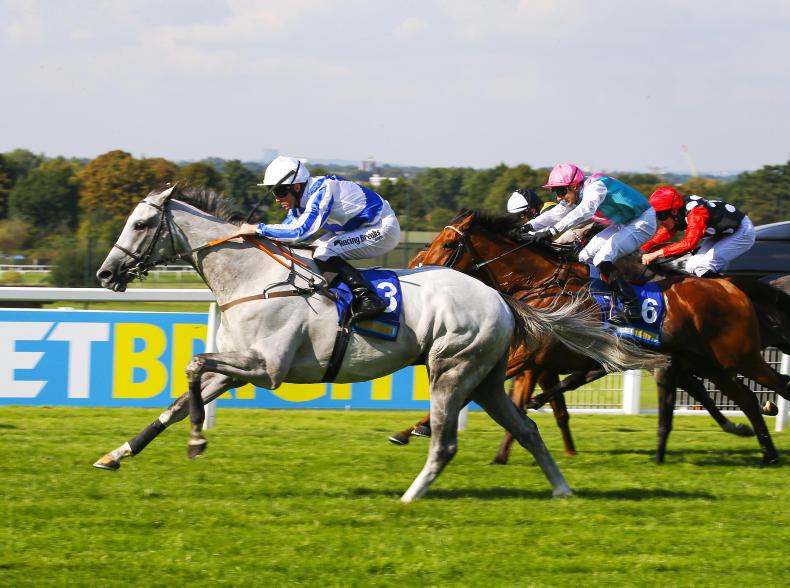 Latest News
Menuisier looking to Cambridgeshire with Sinfonietta
By Irish Field Contributor on 21 September 2017
More in Latest News
News FREE
NEWS: Wembley could score for O'Brien among seven Futurity entries
News FREE
NEWS: Heffernan takes over on Princess Zoe in Royal-Oak
News FREE
CHELTENHAM: Search for sponsors for Grade 1 novice chases at Cheltenham
Classifieds
Place ad
Get full unlimited access to our content and archive.
Subscribe to The Irish Field
Unlimited access to The Irish Field via your computer, mobile device, tablet or newspaper delivered to your door.
Subscribe now +
Already a subscriber? Sign in