Just one final step...
You must confirm your email address by clicking on the link we’ve sent to your email address.
You are only one short step away from reading 5 free Field+ articles.
VIDEO: Watch Me wins big prize in Deauville

VIDEO: Watch Me wins big prize in Deauville
By Irish Field Contributor on 02 August 2020
Mick Channon also had a nice winner on Sunday's card in France

Watch Me dug deep to claim her second victory at Group 1 level in the Prix Rothschild at Deauville on Sunday.

The Olympic Glory filly was a surprise winner of the Coronation Stakes at Royal Ascot last summer, before going on to finish fourth in the Prix Jacques le Marois and third in the Prix de l’Opera.

Francis-Henri Graffard’s charge made an impressive start to her four-year-old campaign in a listed event at Deauville three weeks ago and was the 4/5 favourite to follow up in the hands of Pierre-Charles Boudot.

Charlie Appleby’s British raider Summer Romance cut out much of the running, closely pursued by Know It All, who was bidding to provide Johnny Murtagh with his first Group 1 success as a trainer.

As Summer Romance’s challenge petered out in the final furlong, Watch Me found a gap against the rail and picked up well for pressure.

Know It All under Oisin Murphy and Godolphin’s Half Light both made a race of it, but Watch Me dug deep to secure top honours, with Half Light pipping Know It All to second.

Graffard said: “We knew she was in top form and thought she had a great chance. It’s great she has confirmed what we thought and I’m delighted for the filly to win another Group 1 – she deserved it.

“The ground is quite quick today and she quickened well. I was bit worried in the final furlong she might finish third, but she dug really deep at the end.”

Considering future plans, the trainer added: “We’ll see how she comes out of the race because the ground was quick today and she had a race.

“She’s entered in the Jacques le Marois and we can also think about the Prix Jean Romanet over 10 furlongs. Her main goal will be the Prix de l’Opera at ParisLongchamp on the first weekend in October, but I want to enjoy today first.”

The son of Bated Breath had looked the part when making a winning racecourse debut at Windsor in mid-June and followed up with a narrow verdict in a novice auction event at Newbury last month.

Stepping up to Group 3 level in France, Cairn Gorm was an 11/4 chance under Tom Marquand – and having travelled smoothly in the middle of the pack for much of the way, the chestnut colt finished strongly to run out a decisive winner.

Channon said: “We’re delighted with him. We thought he was a nice horse, but he had to step up today and he has.

“I haven’t spoken to Tom yet and we’ll get the horse home and see how he is before we make any firm plans.

“He’s won a Group 3 going away, so we’ll have to think about taking him back to Deauville for the Prix Morny later in the month.”

The hot favourite for the race was the Archie Watson-trained Mighty Gurkha, having finished fifth in the Windsor Castle Stakes at Royal Ascot and second in the Rose Bowl at Newbury on his two most recent starts.

However, Hollie Doyle’s mount was still wearing a blindfold when the stalls opened and consequently missed the break badly.

Doyle managed to get Mighty Gurkha back into contention, but his effort petered out in the final furlong and he faded into a well-beaten sixth.

Channon added: “It’s a shame what happened to Archie’s horse, but we can’t do anything about that.” 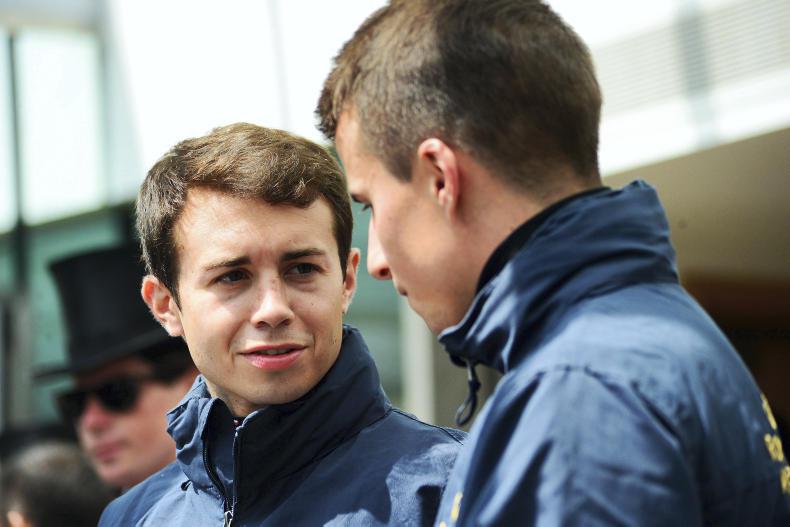