Just one final step...
You must confirm your email address by clicking on the link we’ve sent to your email address.
You are only one short step away from reading 5 free Field+ articles.
VIDEO: Warthog wins Cheltenham feature

Warthog battled back admirably to claim a narrow victory in an attritional renewal of the Caspian Caviar Gold Cup Handicap Chase at Cheltenham on Saturday.

Warthog gets back up to deny Spiritofthegames on the line in thrilling style for @DavidPipeRacing ???? pic.twitter.com/G5NJMvJ38A

David Pipe’s grey had run a fine race to finish third in last month’s BetVictor Gold Cup on his seasonal reappearance – and while he has previously struggled for consistency, he returned to Cheltenham towards the head of the market as a 7/1 chance under David Noonan.

The seven-year-old cut out much of the running four weeks ago and was once again ridden prominently, initially taking the 13-strong field along before taking a lead from outsider Imperial Presence.

As the latter faltered, Warthog was back in front before the home turn, but looked booked for minor honours once again after being joined and passed by 40/1 shot Spiritofthegames after the final fence.

However, with both horses tiring in the testing conditions, Warthog managed get back up and claim a thrilling contest by a head.

The Willie Mullins-trained Irish raider Robin Des Foret travelled strongly for a long way and was just three-quarters of a length behind the front pair in third.

A change of direction proved no barrier to success for Call Me Lord as he toughed out victory in the Unibet International Hurdle.

Call Me Lord holds on to deny Ballyandy, landing the Grade 2 Unibet International Hurdle in thrilling style for @james_bowen_ and @sevenbarrows ???? pic.twitter.com/oQFobe2r4I

Nicky Henderson had kept his charge exclusively to right-handed tracks since his arrival from France two and a half years ago, with his nine previous outings in Britain yielding three victories and a string of placed efforts in good company.

Having finished a close second behind If The Cap Fits on his reappearance in last month’s Coral Hurdle at Ascot, Call Me Lord was dropped in distance and switched left-handed for this Grade 2 contest – and got the job done in fine style in the hands of James Bowen.

The well-backed 2/1 favourite travelled powerfully for much of the two-mile-one-furlong contest and managed to navigate his way out of a pocket rounding the home turn to throw down his challenge.

Ballyandy came at him hard racing up the hill, but Call Me Lord had enough in hand to prevail by a neck.

Last season’s County Hurdle hero Ch’tibello was best of the rest in third, with the winner’s Triumph Hurdle-winning stablemate Pentland Hills weakening into fifth after travelling keenly for a long way – losing his unbeaten record over obstacles in the process.

Despite having won a Warwick bumper and on his hurdling debut at Wetherby, the Nigel Twiston-Davies-trained five-year-old was a 14/1 outsider for this Grade 2 contest, after being beaten by the reopposing Valtor on his latest appearance at Ascot.

Mossy Fen appeared the trainer’s first string, ridden by his son Sam Twiston-Davies, but Redford Road outperformed his stablemate under Jamie Bargary – seeing out the three-mile distance better than 5/2 favourite Champagne Well to prevail by half a length.

Twiston-Davies said: “I think he was always going to be better than Champagne Well and that is why we were in the race.

“Mossy Fen is a four-year-old and this one is six, so he (Mossy Fen) is more one for the future. This is lovely and that was very impressive.

“I thought we could turn the form around with Valtor as at one time it looked like we were in front (at Ascot) and we hoped a change of distance and a swing in the weights would help.

“I’m sure that has helped him – going up to three miles. It was a good slog so I’m sure he is a stayer in the making.

“That is his third start over hurdles and his second win, so it is very exciting.

“Let’s see how he is, but he will probably have one run and then come back for the Albert Bartlett at the Festival.”

Botox Has returned to winning ways when going one better than on his previous visit to Cheltenham in the JCB Triumph Trial Juvenile Hurdle.

The Gary Moore-trained three-year-old bounced back from defeat in a Grade 2 at the track last month to add to his British debut win at Fontwell, finding plenty from the sharp end to see off the previously unbeaten Langer Dan by five lengths.

Moore said: “He has gone better today thank goodness. Whether the race was any better I don’t know, but we got things a bit wrong the other day and he was kind of an unlucky loser.

“I think the winner (last month) got a nice run round the inside and we’ve gone round the outside which we thought was the right way, but we shouldn’t take anything away from the winner.

“There was no pace in the race so he had to make his own running and as you saw, all he does is stay. I do feel he is a better horse coming off a strong pace.

“I don’t know whether we will come here with Goshen, but the Chatteris Fen could be in the back of my mind for one or the other. Whether they are both good enough to run in the Triumph is another thing.”

Victory for Botox Has was a first in 70 days for winning rider Joshua Moore, who received plenty of praise from his dad.

Moore senior added: “The poor kid has been in bits as he has just been hitting the cross bar. This is great for him and it will be a relief as much as anything. He is as good a rider as anyone riding.”

FREE DIRECTORY IN THE IRISH FIELD THIS WEEKEND 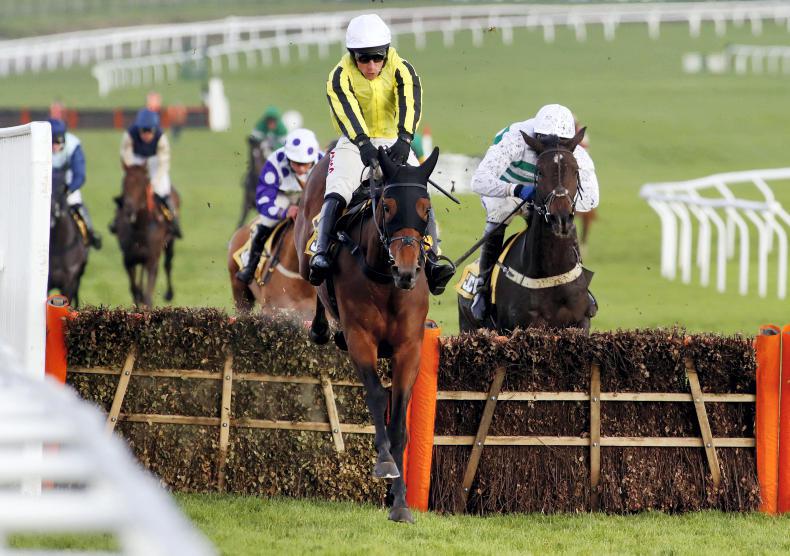 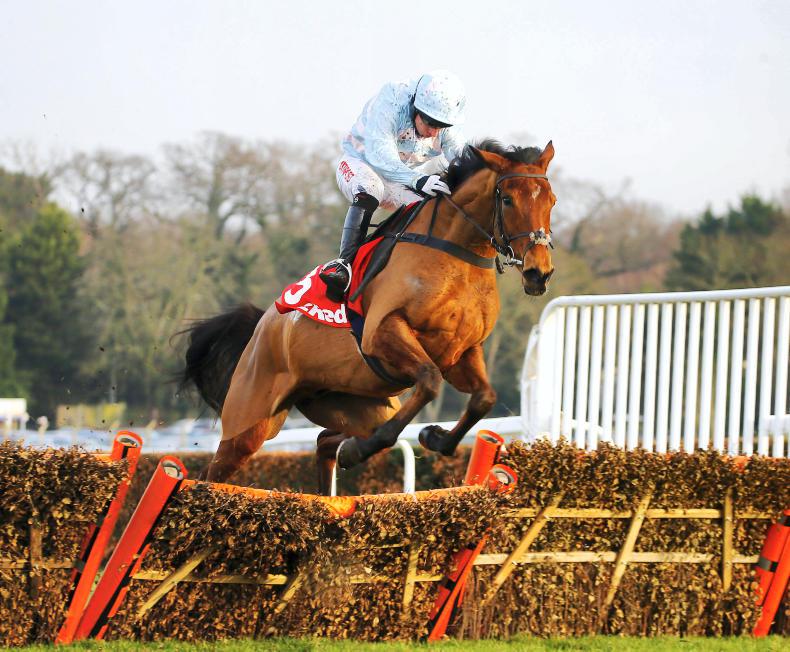 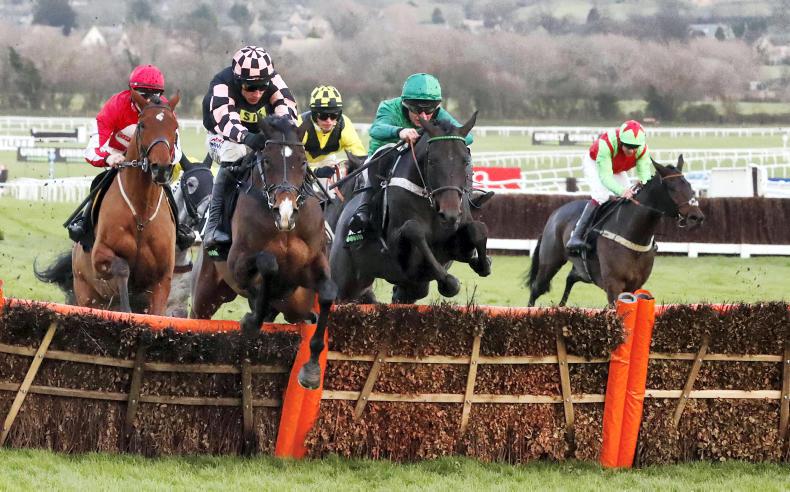