Chris Hayes was aboard both of the trainer's winners at Naas on Sunday, and the jockey also rode a winner for Dermot Weld 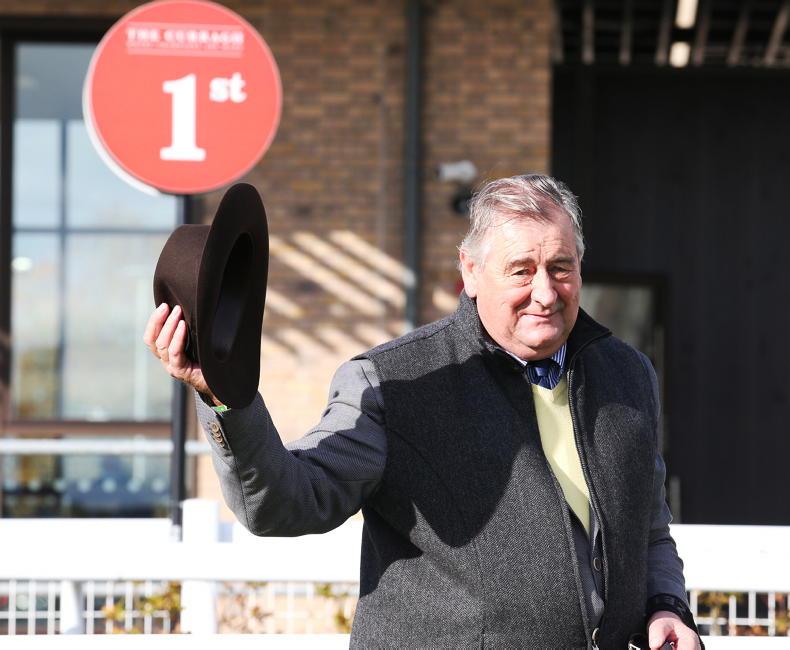 A €15,000 yearling purchase, Elysium was bought by American owner-breeder George Strawbridge having won a Group 3 last season, but things had not gone to plan for her this campaign.

Off the track until Ascot in July, she was last of seven there, before finishing down the field at both Gowran and Cork.

However, Meade has his string in excellent condition at present and she arrived on the heels of the leaders a furlong out travelling ominously well for Hayes.

Emphatic Answer kept her honest close home but Elysium won by half a length.

Meade said “George bought her after she won the Group 3 (Weld Park Stakes) last year and he kindly left her with me.

“We didn’t have a great run with her. I was hoping she’d run in the Irish Guineas but we never got a chance to train her for it.

“She got a lung infection in the spring and we couldn’t get her right. We had all sorts of problems and it’s only in the last six weeks she started to come right.

“She was a bit unlucky in Cork where she got into all sorts of trouble. I knew that every day she was getting a bit better.

“There is a race at Leopardstown next Saturday that she might go for and if not, this will probably be her last run for me as she might be going to the States.

“I’m delighted as he’s a lovely man to train for and he’s been very patient when things weren’t going right.”

Lady Of Inishfree broke her maiden in the best possible fashion when winning the valuable Irish EBF Auction Series Final.

Lady Of Inishfree travels strongly in the feature @IrishEBF_ Auction Series Race Final and picks up well to score in the hands of @chrishayes24 and @tuvastables ?? pic.twitter.com/3rVpIVpi1k

As the filly by Farhh only cost €8,500 as a foal, she was allotted just 8st 10lb as the weights carried are determined by their sales price.

That looked pretty generous given that on just her second outing she had outrun her odds in the Listed Ingabelle Stakes at Leopardstown when fourth of 11, beaten just three lengths.

Ridden confidently by Hayes, Meade’s youngster travelled with great fluency through the race, but so did Ger Lyons’ Corporal Violette.

It soon became clear the winner would come from those two and it was Lady Of Inishfree (7/2) who proved the stronger, holding off the 11/4 favourite by half a length. Seeingisbelieving was two and a half lengths away in third.

“We’ve loved her all along and that’s why we ran her in the stakes race. I think she’s very good and she’ll be better on better ground,” said Meade.

“There is no question in my mind that she is a stakes filly. She was eligible for this race and was getting into it well, so we had to have it in mind. The prize money is very good.

“She won’t run again this season and there is a chance that she could be sold. If we have her next year, hopefully she will go for good races.

“One of the owners, Eoin Banville, is in hospital at the moment after getting a kick and knocking the top off his thumb. It’s after getting infected so this will give him a bit of a lift.

“We were beaten a short-head with Layfayette in this race two years ago, so it’s nice to win it.”

“He’s a nice, big horse, still very raw. I said to Chris ‘take your time on him, he’ll be a bit backward but he’s been working very nicely and I think he’ll come home well for you’. That’s exactly what happened.

“That’s it for the year with him and let’s hope he makes into a nice three-year-old for us. He’ll learn plenty from that.”

Michael O’Callaghan is keen to take Siesta Beach (11/4) to Newmarket for the Bosra Sham Stakes after she was rewarded for a series of solid efforts when winning the Irish Stallion Farms EBF Fillies Maiden. 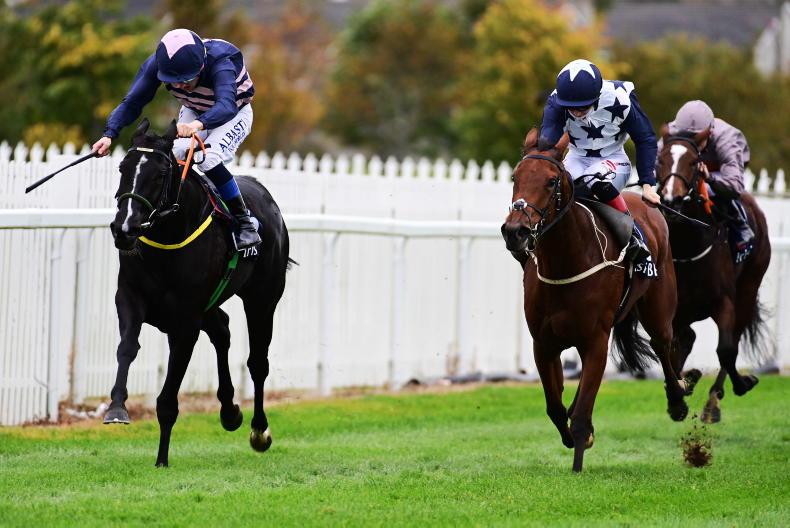 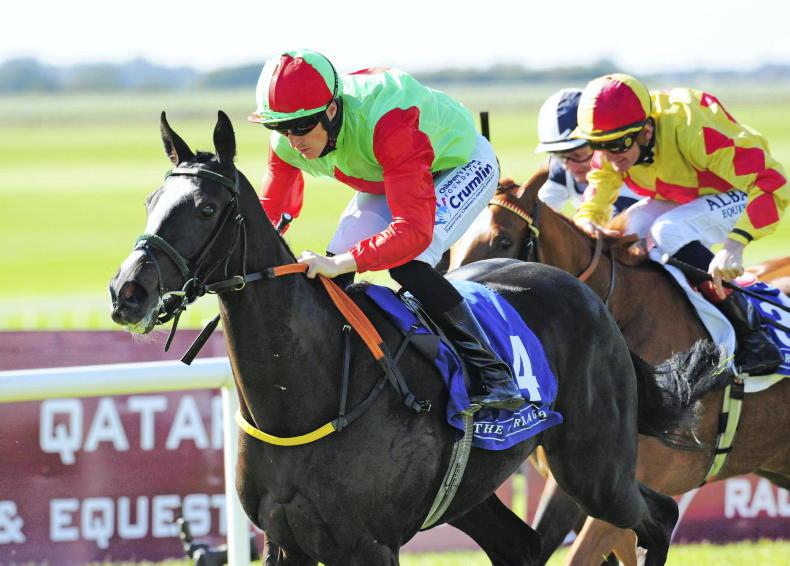 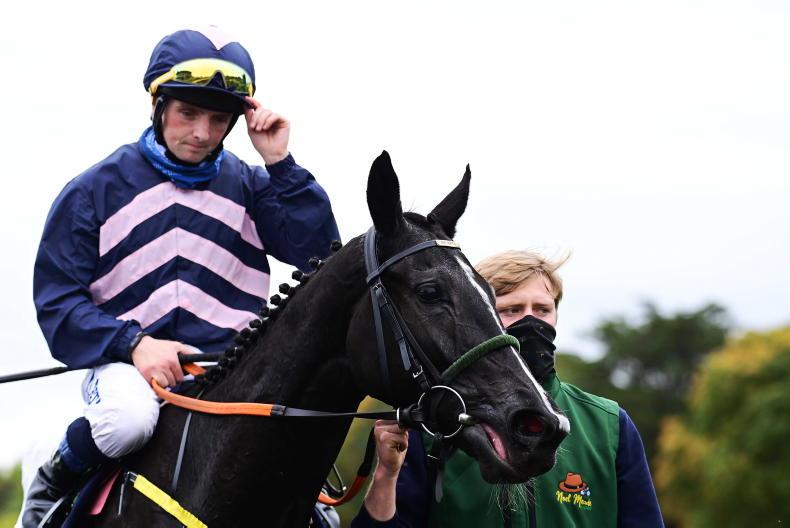 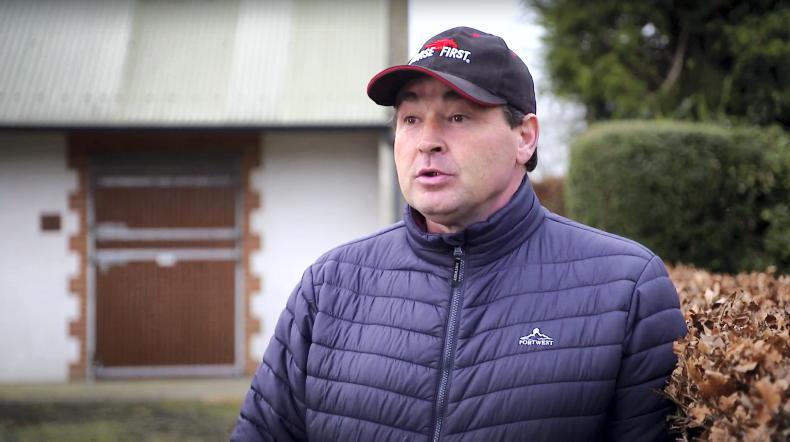