Just one final step...
You must confirm your email address by clicking on the link we’ve sent to your email address.
You are only one short step away from reading 5 free Field+ articles.
VIDEO: Sweet success for Lacey as Candy claims Classic Chase

Harry Skelton fired Captain Chaos into most of his fences and his mount responded willingly most of the way around, stretching the field from a long way out.

As the five quick fences down the back straight on the final circuit thinned out the challengers, there were just three in with a realistic chance, with eventual winner Kimberlite Candy on the outside of Ladbrokes Trophy runner-up The Conditional, who was still seemingly going well.

Winning rider Richie McLernon had The Conditional on his inside turning onto the straight and when the latter started to toil, McLernon kicked for home.

Kimberlite Candy, who was second in the Becher Chase last time out, looked full of running as he powered over the line 10 lengths clear for trainer Tom Lacey. Petite Power stayed on from a long way back to beat The Conditional for third.

Kimberlite Candy wins the McCoy Contractors Classic Chase by 10 lengths at @WarwickRaces and marks himself out as a leading Randox Health Grand National contender for Tom Lacey and Richie McLernon. #stayingpower

All credit to Captain Chaos for holding on to second place! pic.twitter.com/gZyFW0PUx8

Winning trainer Tom Lacey said: “He’d never backed up a good run, so that obviously was a concern. He’s a year older and everything he does in his work, he’s taking it better. Before he was always behind the bridle.

“He’s the finished article now, I think. Richie got him into a lovely rhythm, but said he didn’t jump as well as he has done previously at Aintree (in the Becher).

“We’ll see about the National. It would have to be soft ground. There’s no point going there on quicker ground. He has to go up to get in anyway. It’s an option.”

McLernon added: “He did it well. The National is a long way away yet. I’ll let them make the targets. I’m just lucky enough to get the ride on him.

“Normally, jumping is his main thing and he jumped so well around Aintree the last day. Just because he was back over these today, it took him a while to warm up.

“No one wanted to go on, so I just got a clean passage the whole way round.”

Dan Skelton was thrilled with the performance of the runner-up and said: “It was a really great run. I’m just gutted for the horse. He’s been second in four top-class staying chases now.”

The Conditional’s rider Brendan Powell felt the race did not work out in his mount’s favour.

He said: “He made a few mistakes. The ground was tackier than it was at Newbury and not as wet as it was at Cheltenham. He’s still a young horse. It’s easy to forget he’s still a novice. I’ve not lost any faith in him.”

Seven years since teaming up to take this with The New One, Nigel Twiston-Davies and @samtwiston are at it again in the @ballymore Leamington Novices' Hurdle at @WarwickRaces.

Full of heart, Mossy Fen outstays his rivals to land the Grade 2!

Trained by Nigel Twiston-Davies, he had to settle for fourth behind stable companion Redford Road at Cheltenham last time out, but prior to that had been very impressive at Aintree.

When Shan Blue’s stride began to shorten after the second last, it was the Irish raider Decor Irlandais who hit the front and seemed set for victory.

But Sam Twiston-Davies saw a great stride approaching the final flight on Mossy Fen (7/2), landed running and claimed the leader in the final 100 yards to win by three-quarters of a length.

Carl Llewellyn, the trainer’s assistant, said: “He battled on. He’s going to be a chaser. He stayed on well and Sam gave him a great ride. He’s a fine horse and he’s tough.

“The owners are from Liverpool, so they might want to go for the three-mile Grade 1 for novices at Aintree. They’ve got quite a few horses with us. They’ve been with us a year and a half and they’ve had a god run recently with horses like Riders Onthe Storm.”

The winning rider added: “Things didn’t go right last time, but I’d like to see him on better ground over three miles – (that) is probably the dream.

“His future is chasing. You can see he has the size and scope. He was more babyish than he probably has been so far.

“He jumps to the right a little bit which doesn’t bother me. He’s just very green, but he has a great attitude and is a pleasure to ride.”

Harry Senior was a late withdrawal after unshipping his rider on the way to the start.

Talk about having the will to win! ??

Guts, stamina, determination - Two For Gold shows it all as @kimbaileyracing's charge lands the Hampton Novices' Chase @WarwickRaces and remains unbeaten over fences ??

Successful at Carlisle and Kelso on his first two starts over fences, the Kim Bailey-trained seven-year-old had to work hard complete the hat-trick.

Jumping into the lead at the 13th fence under David Bass, Two For Gold (3/1) was headed at the second last by Hold The Note but rallied on the run-in to get back up and win by half a length.

Bailey said: “He’s always been very tough and he’s a fantastic jumper, but I just thought he’s not that quick.

“I’m absolutely thrilled because the owners have been with me a long time. They had The Rainbow Hunter who ran in the Grand National. Dermot Clancy was one of the main people and unfortunately he died before Christmas.

“I’d like to see how he comes out of the race. He’ll stay further. There’s a decent handicap chase in him and a decent novice chase in him. The owners would love to go to Cheltenham with him, but I’m not going to mention that yet.”

Paddy Power gave Two For Gold quotes of 25/1 for the RSA Chase and 12/1 for the National Hunt Chase at the Cheltenham Festival.

Jockey Danny Cook seized on the blunder to send Sue Smith’s seven-year-old on to score by eight lengths from the long-time leader.

Cook said: “He was coming underneath me going to the last, but I wasn’t bothered and when we jumped the last I opened him up and I was surprised how well he picked up.

“He’s won over two miles and he’s a three-miler in time. He’s going the right way and is getting his confidence. I was pleased with his jumping today. He was good.”

Paul Henderson revealed the seven-year-old needed his first two comeback races and had a bad back on his third, but showed his true colours as he held Twycross Warrior by a neck in the hands of Paddy Brennan.

“He’s a difficult horse to get fit because he does everything so easily. He had a wind operation, after which he had eight weeks just trotting down the road and all of a sudden he was miles behind the other horses,” said Henderson.

“It’s taken time for us to get to know him, but we think we’ve got the key to him now doing much stronger work.

“If I can get him into a 0-100 it would be ideal. Hopefully he should progress. Last time out at Sandown we found he had a bad back after needing his first two races.” 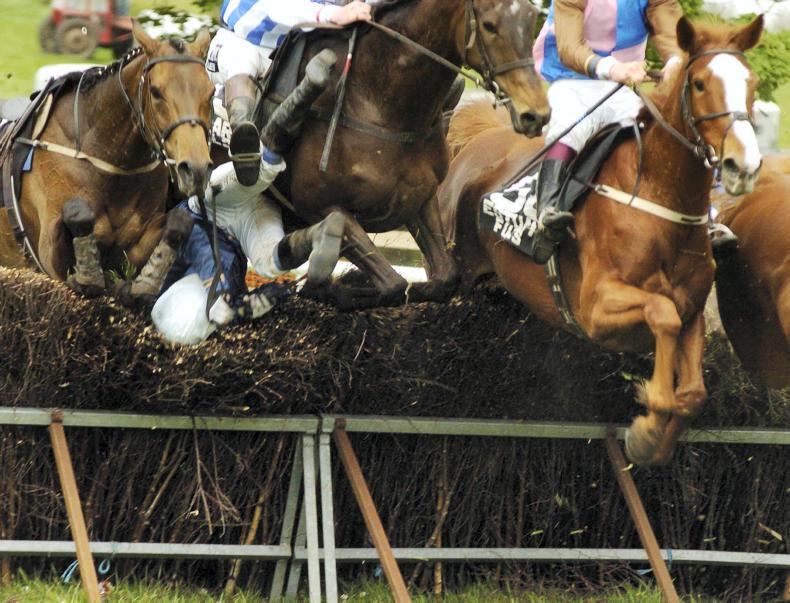 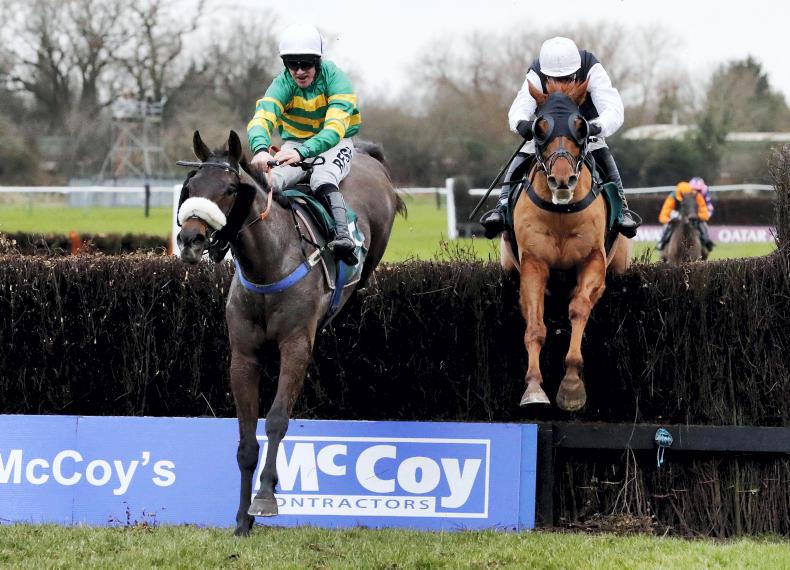 International Racing
BRITAIN: Candy on the menu for Aintree
By Rory Delargy on 16 January 2020
Field +