Just one final step...
You must confirm your email address by clicking on the link we’ve sent to your email address.
You are only one short step away from reading 5 free Field+ articles.
VIDEO: Stout outstays Fairyhouse rivals for Moore verdict

CHARLIE Stout provided trainer Shane Nolan and jockey Conor McNamara with the biggest success of their careers in the Grade A Dan & Joan Moore Memorial Handicap Chase at Fairyhouse.

Carried out by a loose horse at Leopardstown over Christmas in a valuable prize, connections gained ample compensation.

McNamara bided his time before picking up the running at the second last and he came home well to beat Avenir D’Une Vie by two lengths, despite racing from out of the handicap.

And a nice well-backed 10/1 winner for followers of our tipster Johnny Ward (@Ui_Maine) too! ?? pic.twitter.com/f6XcGrVWcw

“I got to the front way too soon and you wouldn’t want to hear the things that I was saying in my head turning for home!” said McNamara. “He was brilliant for a novice and saw it out really well.

“It’s great and definitely my best ever day. I did have a double before at Clonmel, but this is even better.”

Nolan said: “That’s brilliant. He was unlucky at Christmas and was unlucky with Thurles being called off too. We stuck him in this beforehand thinking if he won in Thurles or Leopardstown, he’d be in the handicap.

“When he got carried out in Leopardstown, we said we’d take a chance. I’m just delighted for the horse to have come back because he was lost there for a while, but we figured out what was wrong with him and got him right.

“He goes on any ground, but I think he’s at a stage now where nicer ground suits him better. He spent many runs running on real heavy ground, so I’d say at this stage he doesn’t mind a bit of nicer ground.

“We might go to Leopardstown, he’ll have an entry anyway in something at the big meeting.

“This is by far my biggest winner and it’s brilliant. It’s a great pot and it’s great to have a horse like him.”

Gavin Cromwell’s Wolf Prince (9/10 favourite) returned to winning ways in the ITM Stallion Trail Hurdle, but 33/1 chance Hammersmith made him pull out plenty.

The four-year-old was beaten comfortably by Henry de Bromhead’s Aspire Tower at Leopardstown over Christmas and Cromwell is keen to avoid that one if he can.

“It was a messy kind of a race, but I suppose on form he should have been winning it,” said Cromwell. “He showed gears as well and it was a good enough performance.

“He has an entry in the Grade 1 at Leopardstown, but I’d presume Henry’s horse would go there and it would be very hard to beat him. There is also a 130-rated novice at Naas in February and he could potentially go there.

“He’ll probably get an entry in the Triumph, but is more likely to go to the Fred Winter. I don’t see much point in going and taking on Henry’s horse in the Triumph.”

Willie Mullins, who was not in attendance, was responsible for three winners.

Patrick Mullins was on board Five Bar Brian (9/2) in the closing bumper. 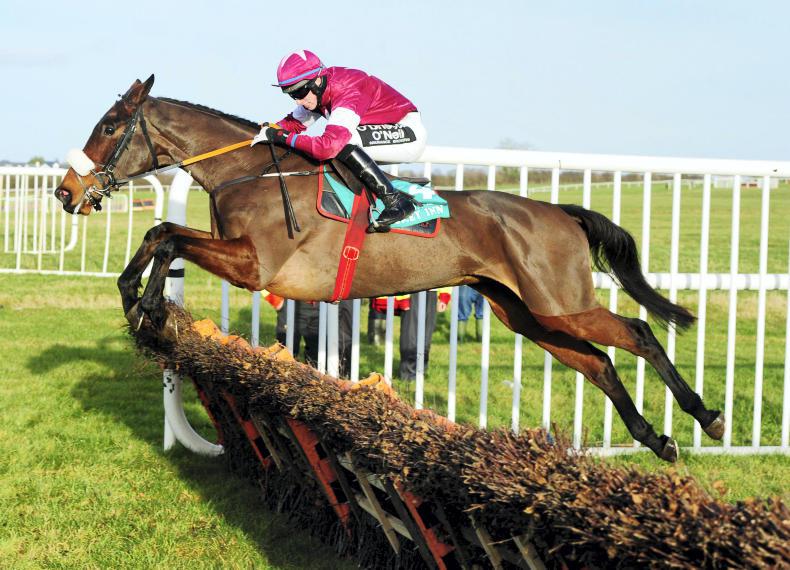 THURLES SUNDAY: Another win for Elliott with Shattered Love
By Claire Barry on 19 December 2016
Field + 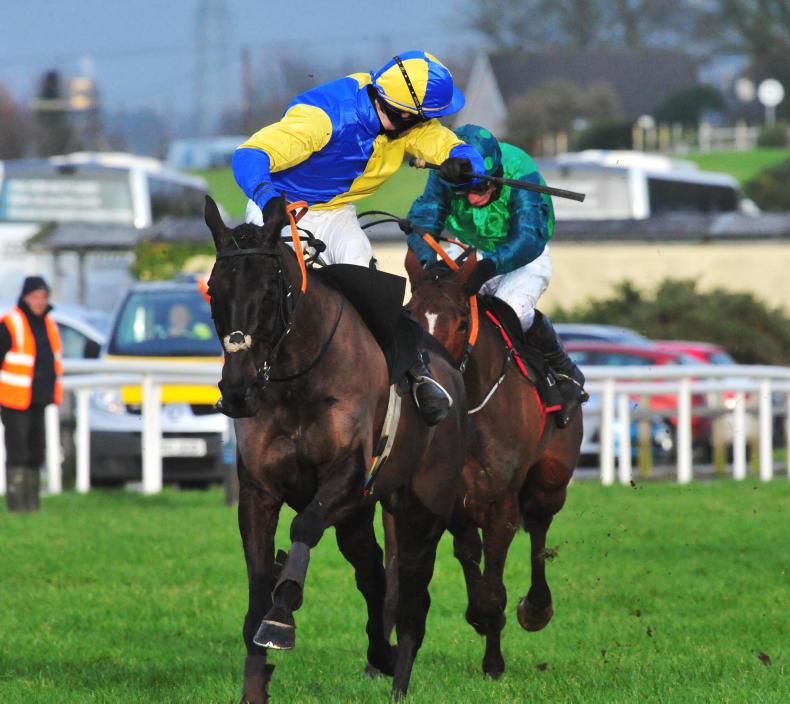 Inside Racing
DOWN ROYAL TUESDAY: Blackmore is in the driving seat
By Michael Graham on 02 February 2017
More in Racing News
Racing Field +
Foley hopes increased EBF contribution can show lead to other sponsors
Racing Field +
O'Brien: Summer jumps scene could be seriously competitive
Racing Field +
JOHN HAMMOND: French rode their luck before red light flashed
Classifieds
Place ad
Get full unlimited access to our content and archive.
Subscribe to The Irish Field
Unlimited access to The Irish Field via your computer, mobile device, tablet or newspaper delivered to your door.
Subscribe now +
Already a subscriber? Sign in