Just one final step...
You must confirm your email address by clicking on the link we’ve sent to your email address.
You are only one short step away from reading 5 free Field+ articles.
VIDEO: Sea Of Class cruises to Yorkshire Oaks glory

VIDEO: Sea Of Class cruises to Yorkshire Oaks glory
By Irish Field Contributor on 23 August 2018
The dual Group 1-winning daughter of Sea The Stars went to the head of the ante-post market for the Prix de l'Arc de Triomphe after this emphatic victory

SEA Of Class produced a blistering turn of foot to show she is in a league of her own with an emphatic victory in the Group 1 Darley Yorkshire Oaks at York.

A last-gasp winner of the Irish Oaks, the 7/4 favourite was even more impressive this time as she swept by a quality field when given the office by James Doyle, to give Yorkshire-born, Newmarket-based trainer William Haggas the perfect 58th birthday present.

Laurens was smartly out of the stalls, but was soon headed by Magic Wand, with Aidan O'Brien's other runners Bye Bye Baby and Flattering close up.

Coronet and Eziyra made a forward move in the straight, but the race was over as soon as Sea Of Class burst onto the scene.

Taking several lengths out of the field in a matter of strides, Sea Of Class strode clear to score by two and a quarter lengths. Coronet was second with Eziyra another length away.

Haggas said: "You always hope they are going to do something like that, but she really was impressive. She was the best of the lot. He (Doyle) was coming a bit early but when he said 'go', she really picked up.

"She's got a great turn of foot and she's a strong traveller. She's not in the Arc yet and I stress it is a yet. There is a lot of water to pass under the bridge, but I imagine Mrs Tsui will be keen to pay the supplementary fee.

"The plan is to keep her in training next season, but if she won everything this year then it might be different."

Reflecting further on the manner of the victory, Haggas said:"It's a front-runners' track here, but she was devastating. She didn't half pick up when he asked her. I thought she looked better today in the paddock. I thought at the Curragh you could see every rib. You could see a couple today. She's doing really well, this filly.

"She's not been the easiest. She's a bit of a tail swisher, but she stands as still as a rock to be saddled and is as cool as a cucumber. She's a very good filly and we've a lot to look forward to."

Coronet was second to Enable 12 months ago, and once again found a classic winner in her way. Her trainer John Gosden said: "She ran a good race and the winner was just too good."

Dermot Weld was thrilled with Eziyra, who has Ascot's Champions Day on her radar.

"I'm delighted with her, it was an excellent renewal this year, all the best fillies in Europe were here," said Weld. "She got a lovely ride from William (Buick), settled nicely and a furlong and a half out I thought she was going to win for a few strides, having quickened up lovely.

"I've an open mind about the future, but the Fillies And Mares race at Ascot on Champions Day, a race I have had good success in, would look a logical target, but there's the Prix Vermeille to think about before that."

Karl Burke is giving consideration to dropping Laurens back to a mile for a mouthwatering clash in the Matron Stakes with Alpha Centauri after she failed to stay the mile-and-a-half trip.

Having won two Group 1s in France over 10 furlongs, Burke was convinced his stable star would cope with an extra quarter of a mile. However, she was keen enough early under regular rider PJ McDonald and despite looking a big threat two furlongs out she ultimately faded to finish well-beaten in sixth.

Now Burke is thinking of Irish Champions Weekend, which would mean taking on the pre-eminent miler of the season, Jessica Harrington's Alpha Centauri.

"She just didn't stay. PJ said three furlongs out he wouldn't have swapped her for anything, but in the end she didn't get past the leader," said Burke.

"We'll go home and regroup, but there's a chance we could go and take on Jessica Harrington's filly in the Matron over a mile.

"She's not slow, this horse. I was convinced she'd stay, but Siyouni (sire) is such an influence for speed.

"The big target would be the Prix de l'Opera over 10 furlongs, but there's no prep on Arc trials weekend for that, just the Prix Vermeille which is over 12 (furlongs), and the other races are Group 2s." 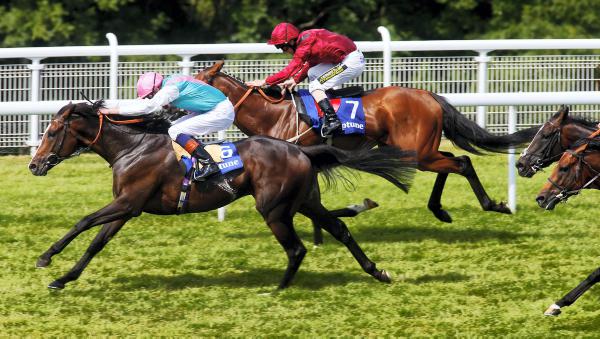 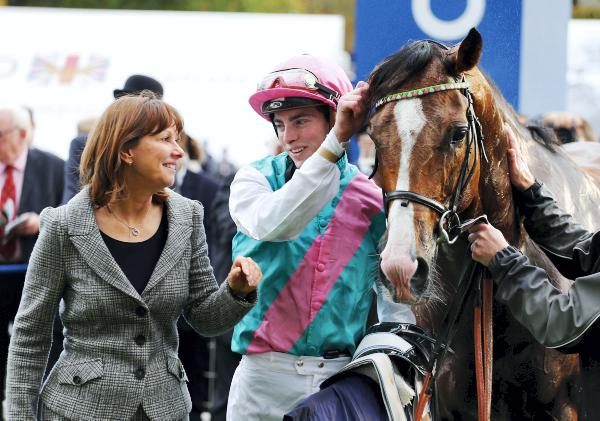 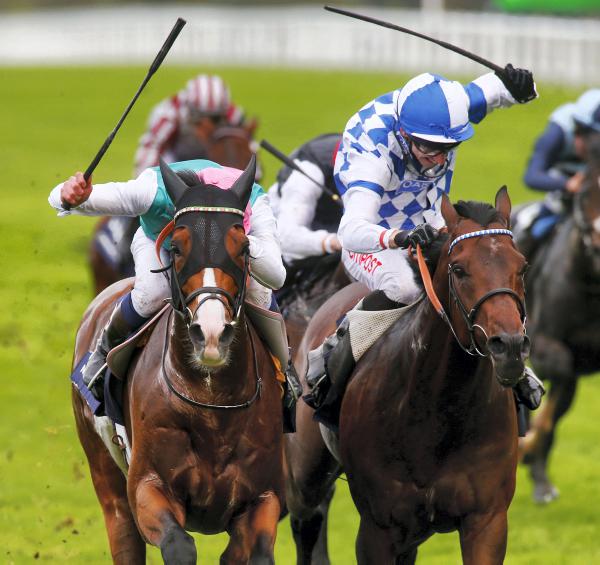 Inside Racing
Whip punishments not fair to all
By Anne Marie Duff on 23 October 2014
More in International Racing
Racing Field +
BRITAIN: Nothing slow about Adagio’s Finale triumph
Racing FREE
UAE: Rebel's Romance puts himself in the classic picture
Racing Field +
AUSTRALIA: Magic Millions opens sale season with $1.9m top lot
Classifieds
Place ad
Get full unlimited access to our content and archive.
Subscribe to The Irish Field
Unlimited access to The Irish Field via your computer, mobile device, tablet or newspaper delivered to your door.
Subscribe now +
Already a subscriber? Sign in